A not-so-shocking shift. Grey’s Anatomy alum Sarah Drew said she wasn’t too surprised that Ellen Pompeo will have a reduced role in season 19 of the medical drama, only appearing in eight episodes.

Every Star Who’s Left ‘Grey’s Anatomy’: Where Are They Now?

“She’s been working so hard in this role for so long,” Drew, 41, told Us Weekly exclusively on Monday, September 26, while promoting Lifetime’s Reindeer Games Homecoming movie. “It makes sense that she wants to take a breather and pursue some other things — and still keep her foot in the door.”

The actress, who played Dr. April Kepner for more than eight seasons on Grey’s Anatomy, added, “I think that’s great for [Pompeo]. I wish her the best.”

Drew has nothing but fond memories of the leading lady. The Cruel Summer actress, who has been married to Peter Lanfer since 2002, recalled how supportive Pompeo, 52, was when she was pregnant and when she returned to set after welcoming son Micah in 2012 and daughter Hannah in 2014. 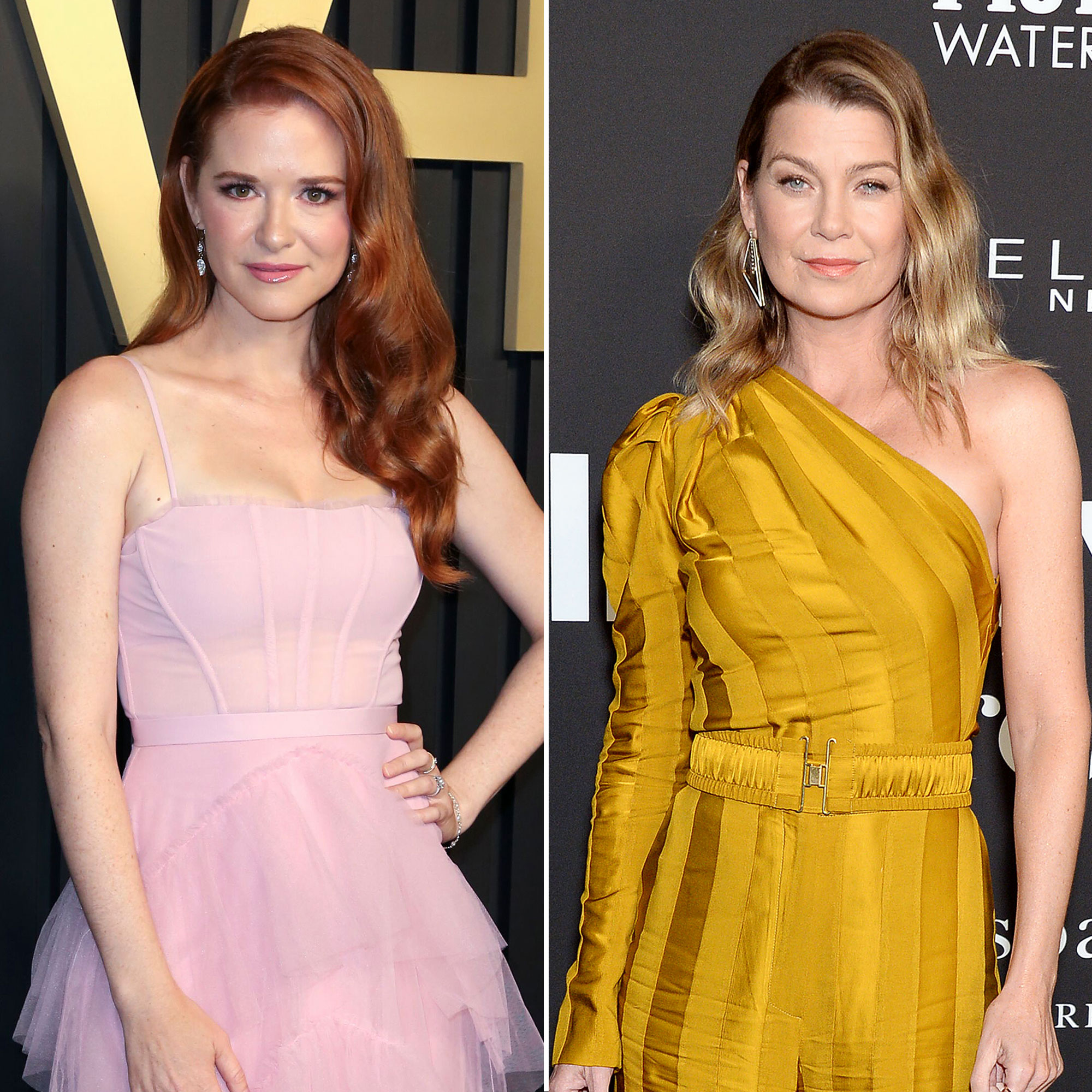 “I just remember her being such, like, a mama bear when I was pregnant,” Drew recalled. “When my babies were little, in terms of telling me how to voice the things that I needed and caring so much about the mama experience on set that’s my fondest memory of her. She always wants to support everyone, especially the mamas.”

The Virginia native told Us that she would love to reprise her role as April, who returned for a brief guest stint when Dr. Jackson Avery (Jesse Williams) departed the series in season 17, allowing their characters to reunite, and they came back to Grey Sloan Memorial Hospital together for the 400th episode in season 18.

“It’s always fun to check in with her and see how she’s doing,” Drew revealed. “I love putting the scrubs on. That was really fun.”

Jackson and April left Seattle for Boston to find ways to get equity in healthcare for underserved communities, which Drew found to be an “interesting concept” that the Everwood alum would’ve liked to set play out, whether it be on a spinoff or in another arc on Grey’s Anatomy, which returns for season 19 on ABC Thursday, October 6. “The two of them fight for medical justice could be a very, very cool thing,” she noted.

However, what Drew would really like to see is exactly how Jackson and April made their romance work this time around.

The romantic story lines are where Drew thrives. She stars in Lifetime’s romantic comedy Reindeer Games Homecoming, due out later this year, the first of two holiday movies she is set to write, produce and headline with the network. She aimed for that perfect balance of heart and humor in her screenwriting debut. 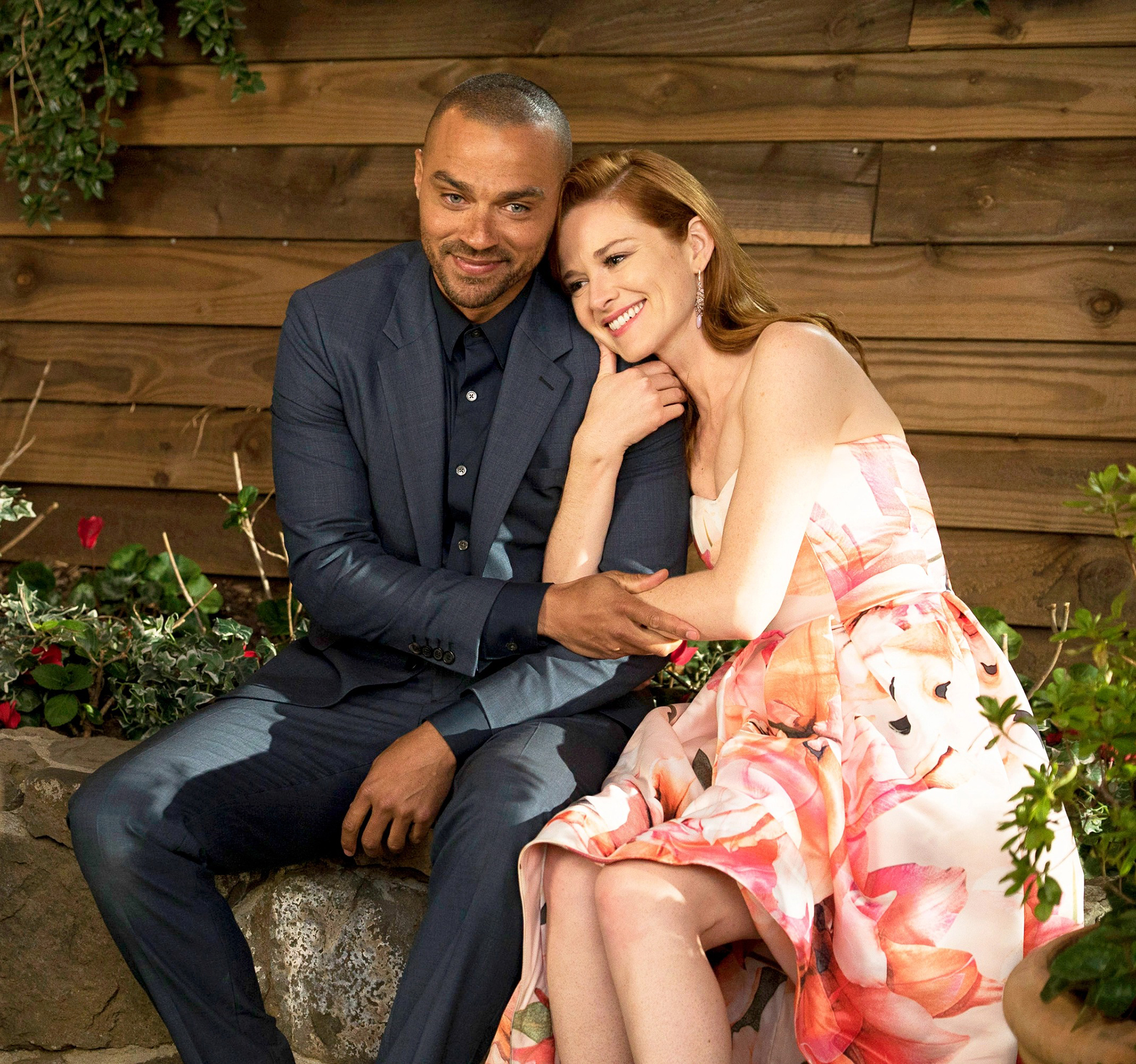 “I really just sat down to write a romcom set at Christmas time,” Drew gushed to Us, explaining that she loves the genre. “I watched a few different romcoms just to kind of get in the mode, and there are lots of different things that came from my life.”

Her character, MacKenzie, a science teacher, wears puzzle T-shirts as a nod to Drew’s mother, and the Reindeer Games were inspired by her husband’s college years.

“My husband went to Dartmouth College, and they have this tradition every winter called the winter carnival where they have teams that come up with games, and they compete against each other,” she explained. “The whole campus gets involved, and I was like, ‘This would be really fun to do this as a whole community, a small town community, Christmas fundraiser event.’ So that’s kind of where that idea came from.”

The movie reunites her with fellow Grey’s alum Justin Bruening (who played April’s other love interest, EMT Matthew Taylor), who plays a Hollywood star who gets roped into the Reindeer Games when he visits home for the holidays. Meanwhile, MacKenzie is trying to save the games for future generations, but she’s also determined to best her former high school crush.

After more than 20 years in front of the camera, it was a big change for the actress to shift into screenwriter mode, but she said her filmmaking partners at Lifetime couldn’t have been more supportive, encouraging her to see her idea through.

“I had just finished shooting a Christmas movie for lifetime called Twinkle All the Way, and I had become really inspired while working with that team there to tell my own stories,” Drew explained to Us. “I came home and I came up with this outline and I pitched it to my producers from the movie. And I was assuming I would just hire someone to write it, and they said, ‘No, you know this story inside and out. Go home, buy Final Draft and write it.’”

The Most Devastating ‘Grey’s Anatomy’ Breakups of All Time

The Supernatural alum quickly put together a full script in less than a month — but it needed a little work. “I wrote the first draft in three weeks. It’s gone through many iterations since then, but it was a really exciting and fun process and totally surreal and exhilarating to start actually working on it and have a whole team of people discussing these characters that I’d made up and these places that I’d come up with. It’s pretty fun,” she said.