Carrie Bradshaw and Mr. Big are back in the City of Love.

Sarah Jessica Parker and Chris Noth were spotted filming the upcoming “Sex and the City” revival, “And Just Like That…,” on the Pont des Arts in Paris on Sunday.

The footbridge is popular among couples who write their names on padlocks, attach them to the railing and then throw the keys in the Seine river as a sign of their love. 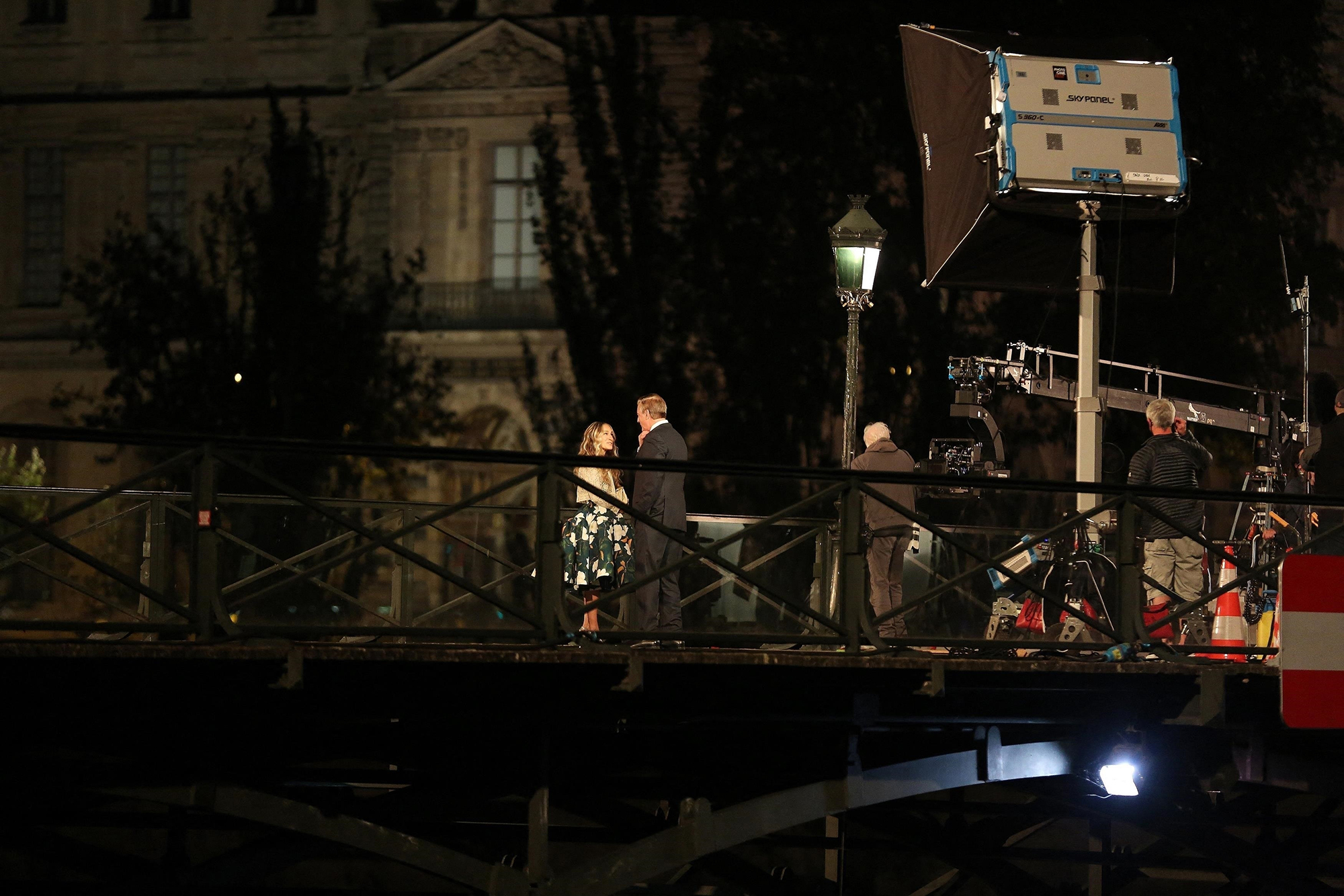 While it’s unclear what the scene was about, Parker, 56, wore a dress and lace cropped cardigan while Noth, 66, had on a black suit.

The duo previously filmed in Paris for the series finale of “Sex and the City” in 2004 when Mr. Big came to find Carrie while she was abroad with her boyfriend, Aleksandr Petrovsky (Mikhail Baryshnikov).

He told her that he wanted to be with her, and they got back together in the end. 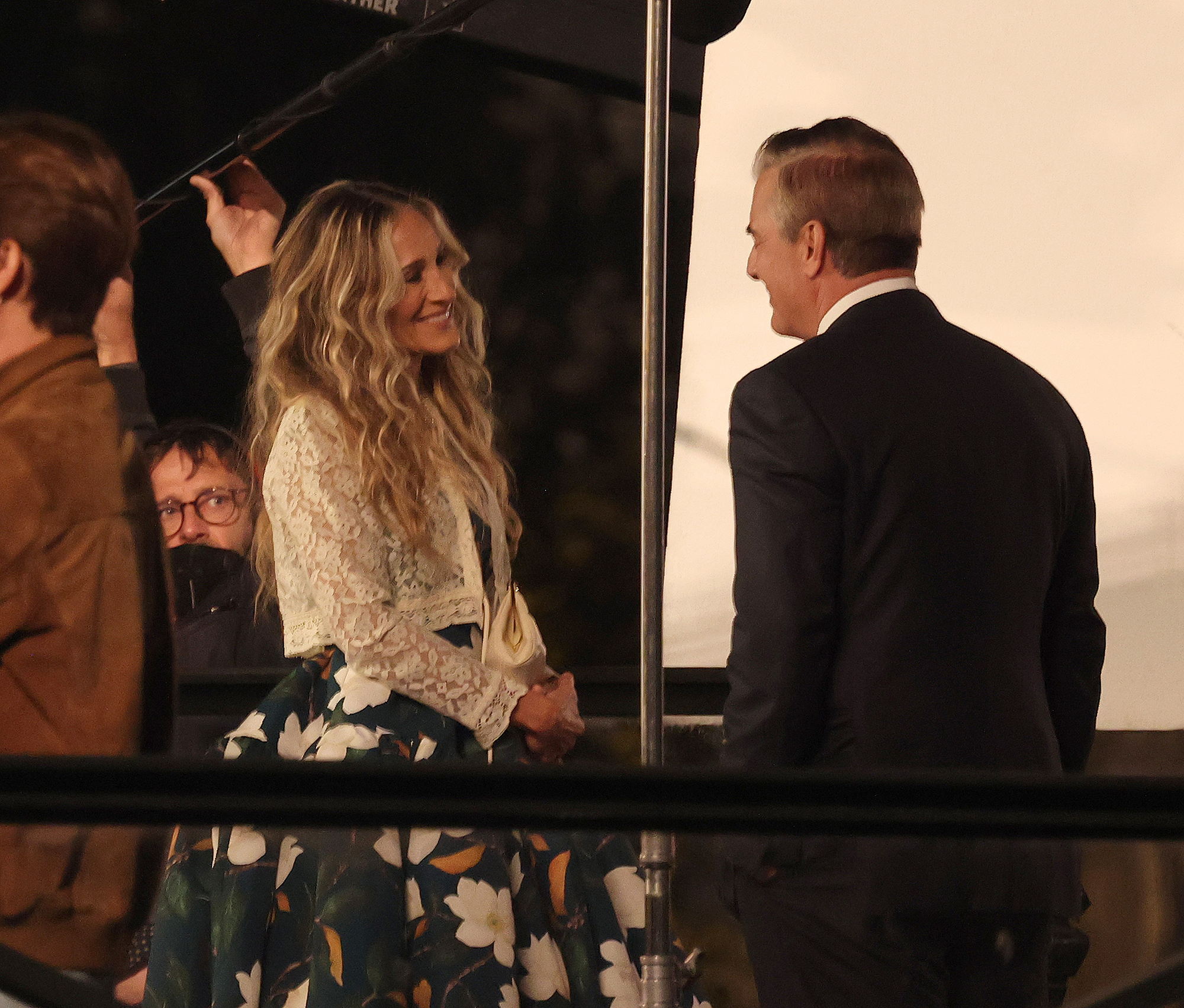 Sunday’s sighting may come as a shock to fans who read rumors about Noth’s character potentially being dead in the upcoming series.

“And Just Like That…” began filming in New York City in June and has continued production despite the Sept. 21 death of Willie Garson, who played Carrie’s best friend Stanford Blatch. 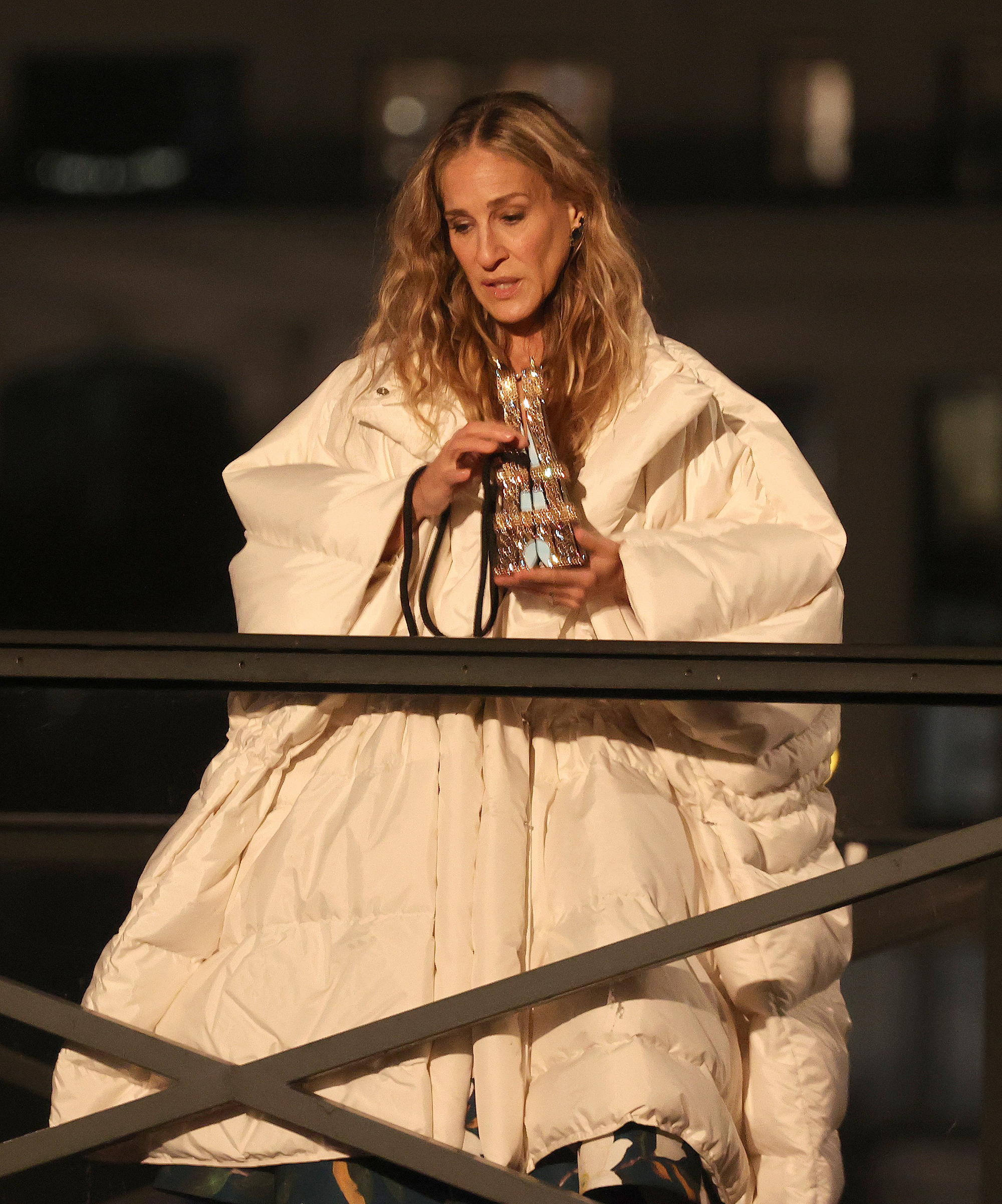 Parker called Garson’s death from pancreatic cancer “unbearable,” writing on Instagram last month that her initial silence on the news was “a statement. Of the gravity. The anguish. The magnitude of the loss of a 30 + year friendship.

“A real friendship that allowed for secrets, adventure, a shared professional family, truth, concerts, road trips, meals, late night phone calls, a mutual devotion to parenthood and all the heartaches and joy that accompany, triumphs, disappointments, fear, rage and years spent on sets (most especially Carrie’s apartment) and laughing late into the night as both Stanford and Carrie and Willie and SJ.” 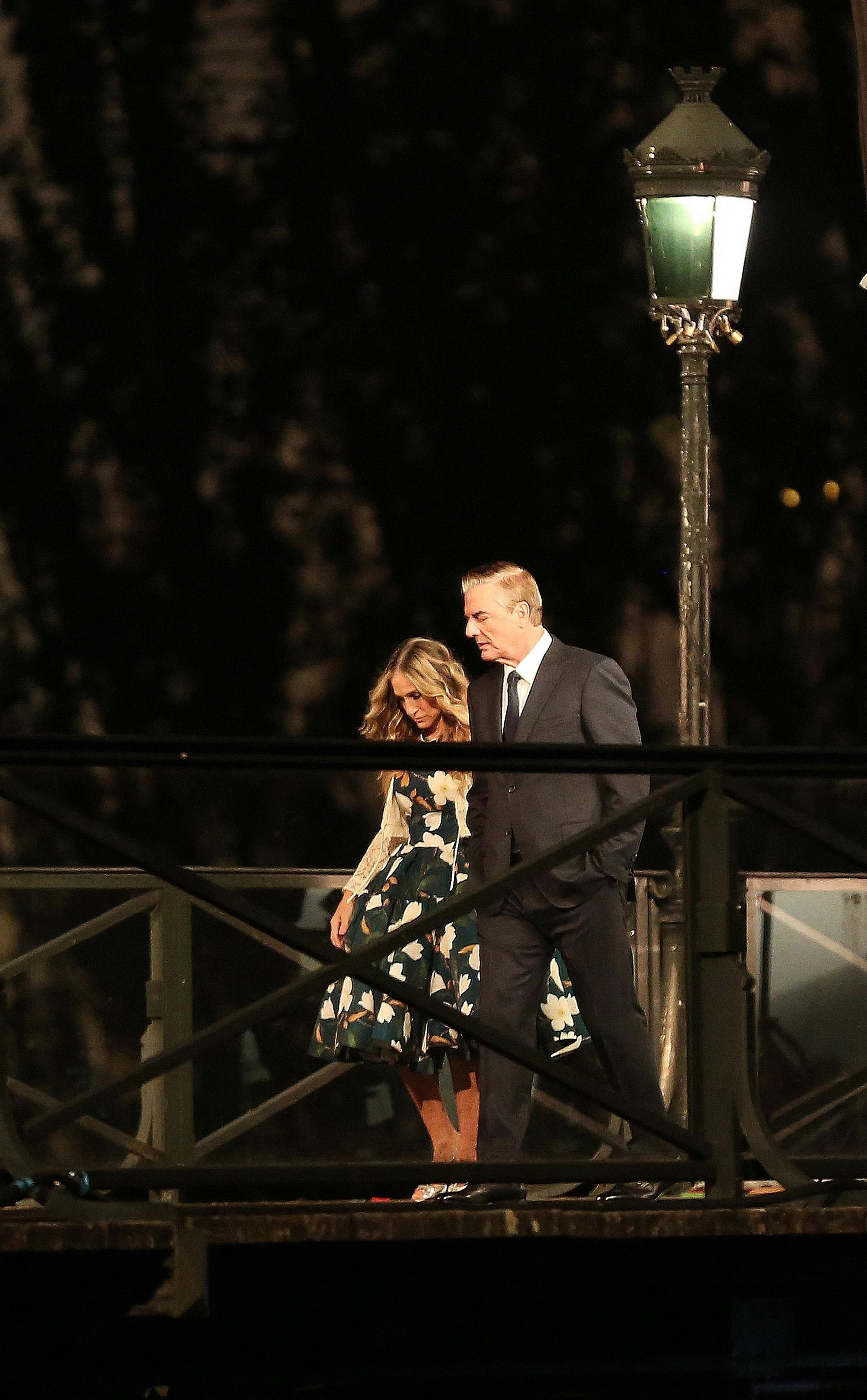 It is unclear whether any of Parker and Noth’s other co-stars are also filming in Paris. 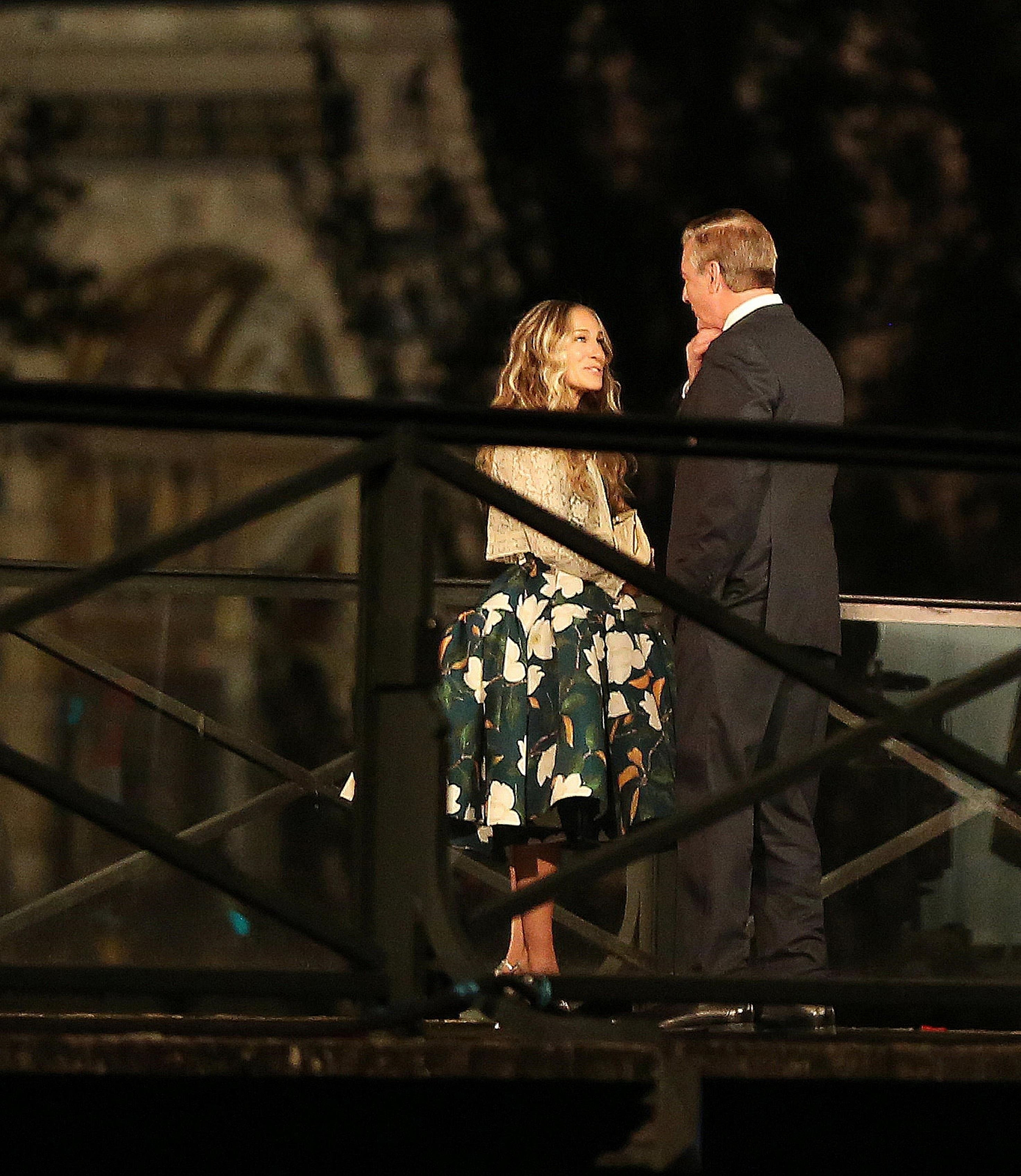 Noth wore a suit in the scene while Parker wore a dress with a lace cardigan.