Welcome to Schmigadoon! Cecily Strong stars in a new musical comedy that will change the way you look at love!

When Cecily Strong‘s Type A OB/Gyn Melissa and her longterm boyfriend Josh, played by Keegan-Michael Key, stumble upon the magical land of Schmigadoon, they are in for a musical treat. Apple TV+’s new musical comedy Schmigadoon!, inspired by the Golden Age musicals of the 1940s, takes “modern day” theories of love and companionship, and gives viewers a closer look at what true love actually looks like. The zanny characters of Schmigadoon, who communicate through song, make Melissa and Josh look at their struggling relationship and decide if they’re right for each other.

“These musical characters that are supposed to be very silly, but the ones who have these stuck ideas about love are the ones who are from the real world,” Cecily explained in an EXCLUSIVE interview with HollywoodLife.com. “Melissa and Josh think they can just say, ‘Well, I love you,’ so that’s what true love is… And it’s the people in the musical who say, ‘This is work. And this is a living, breathing thing.” 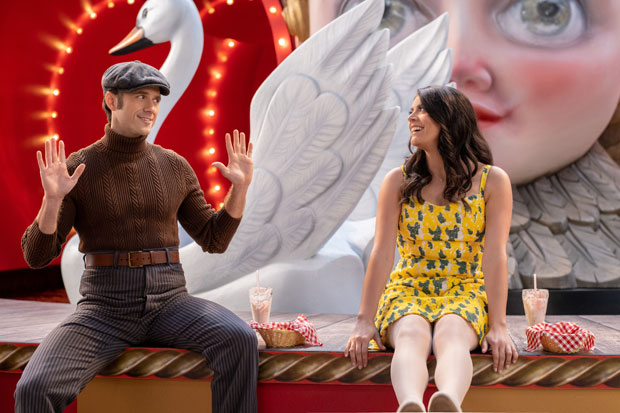 At the same time, Cecily said the show examines “is it okay to call a woman a control freak?” while her character questions if maybe she needs to sacrifice some things to make her relationship work. “She’s never losing who she is, but she’s realizing maybe there have been things that have gotten in the way., and it doesn’t behoove her to keep holding on to those things,” she explained.

In the show, which premiere on July 16th, the SNL star has some musical numbers of her own, the first of which is alongside Tony winner Aaron Tveit, who plays bad boy Danny Bailey. “Aaron’s brilliant, Chris Gattelli was the choreographer and was so wonderful — I was so afraid!” Cecily said. “He showed me these dancing clips and I was like, ‘I have to do Fosse-inspired dancing?! Have you seen me dance?! That was tough, but once I remembered that Melissa doesn’t have to look like the professional and just have fun doing it, I realized it was much easier.” 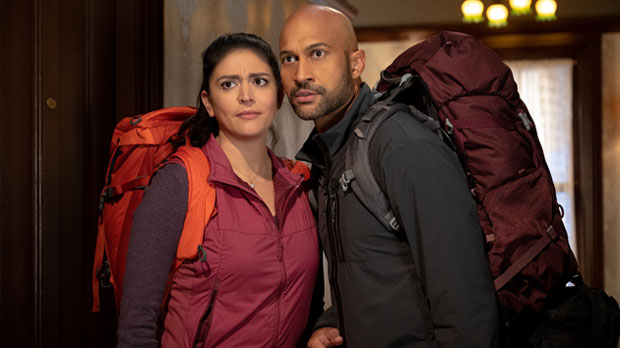 The comedienne also spoke to her “immediate” chemistry with Keegan-Michael Key. “It was such a joy. It was so natural,” she gushed. “Getting to work with someone else who loves the show as much as I do was just a dream. And then, we just were always joking around, I mean, running lines together was even silly. We both would call ourselves the button twins, because it was like we could never add a scene withouut then saying something funny.”

Cecily continued, “I’m just so I’m so lucky he did the show. And I just have a best friend for life in Keegan and it was such a joy to work with him.”

Be sure to tune in to Schmigadoon!. The first two episodes will premiere on Friday, July 16 with a new episode premiering weekly, every Friday through Friday, August 13 for a total of six episodes, exclusively on Apple TV+.