All the can’t-miss Met Gala 2022 afterparty looks, from Cardi B to Bella Hadid

Khloé Kardashian: ‘My anxiety was through the roof’ at Met Gala 2022

The reality star climbed the museum’s steps clad in the exact dress Marilyn Monroe wore to sing “Happy Birthday, Mr. President” to John F. Kennedy in 1962, nodding to both the night’s “In America” theme and its “Gilded Glamour” dress code.

While she looked stunning — her look even included freshly dyed blond hair and sky-high clear platform heels — the process of obtaining and fitting into the historic gown was more difficult than fans may have realized.

Kardashian revealed on the red carpet that she lost 16 pounds in three weeks in order to shrink to Monroe’s size as the dress — the most expensive ever sold at auction — was unable to be altered.

Borrowed from Ripley’s Believe It Or Not!, the gown was originally sketched by a young Bob Mackie and later created by Jean Louis with 6,000 hand-placed crystals.

But Kardashian only wore Monroe’s original look for a few minutes; once she’d reached the top of the Met steps, she changed into a replica. 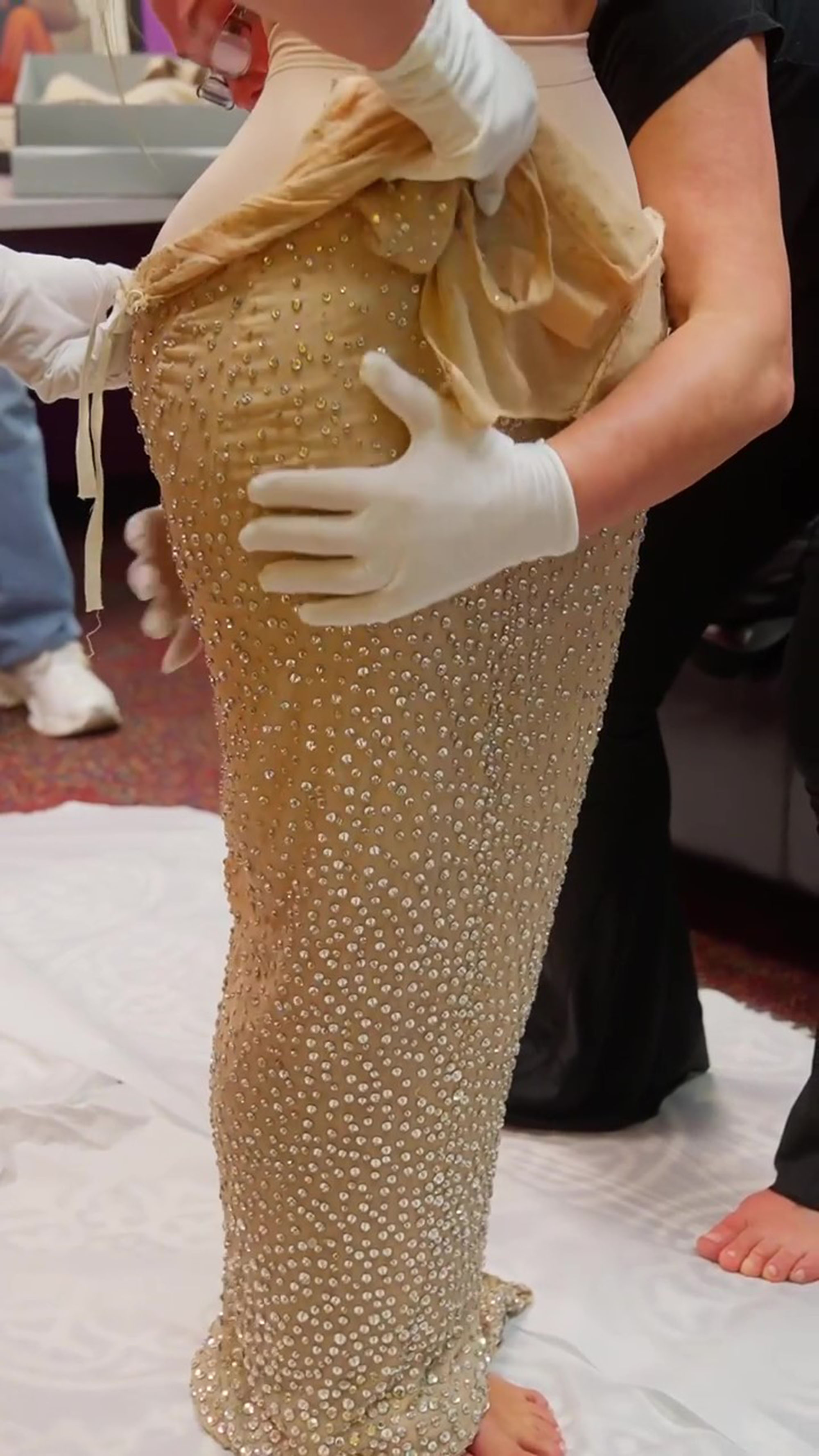 Shortly after the gala, Ripley’s Believe It Or Not! shared behind-the-scenes footage of Kardashian seeing the dress for the first time.

“I’m just so grateful even for the opportunity,” she says in the clip.

Curators with white gloves helped shimmy the paper-thin gown onto her frame and zip it over her famous curves — which were shaped with Skims, of course. 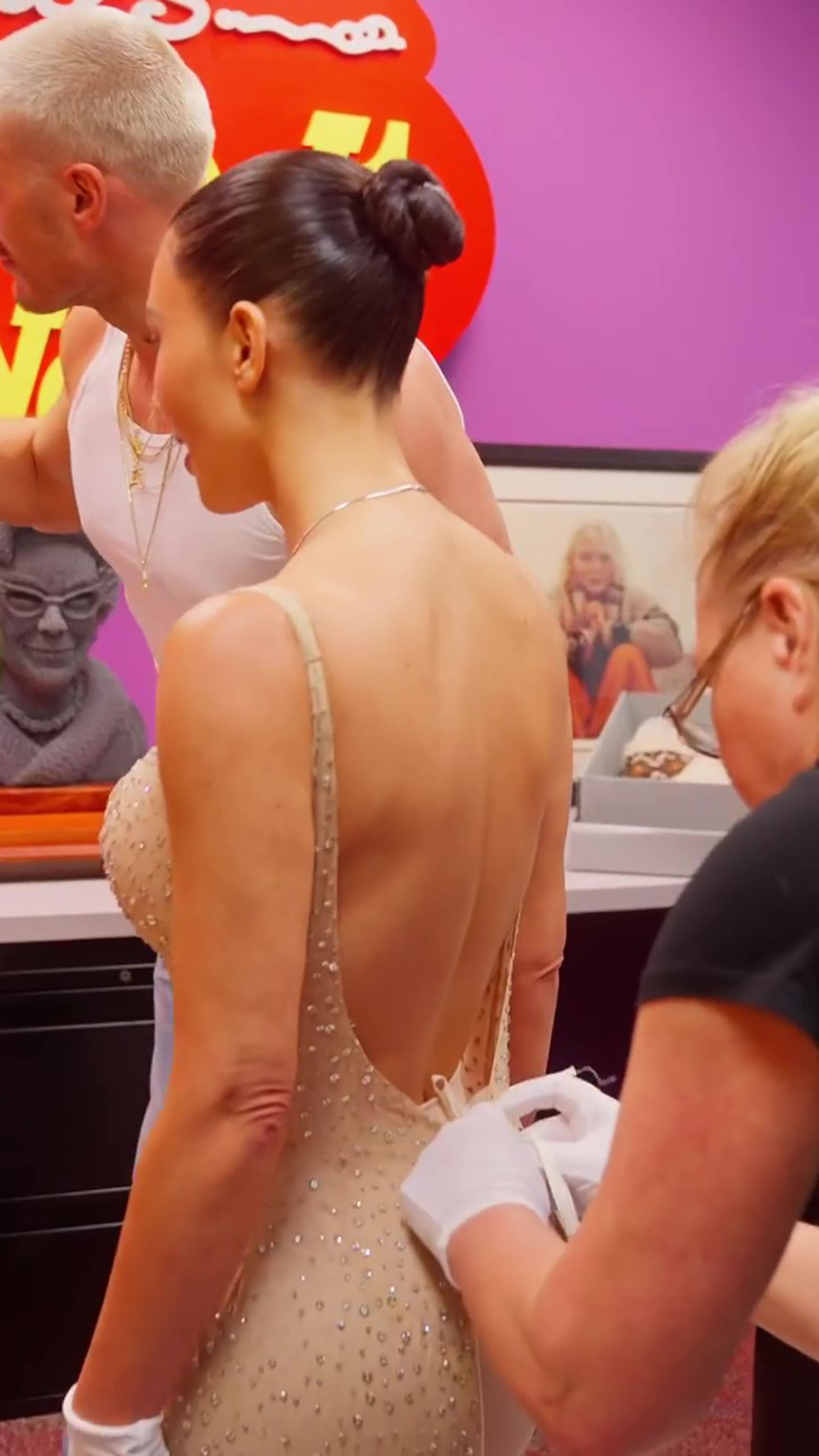 “Great care was taken to preserve this piece of pop culture history,” wrote the Ripley’s Believe It Or Not! museum on Instagram. “With input from garment conservationists, appraisers, and archivists, the garment’s condition was top priority. Believe It or Not! no alterations were to be made to the dress and Kim even changed into a replica after the red carpet!⁠”

Fans can get a close-up look at the gown at the Ripley’s Believe It Or Not! Hollywood location, where it will be on display starting Memorial Day weekend.