Seven West Media has axed Today Tonight after 25 years on air as the network streamlines its news programming nationally with a one-hour bulletin to be broadcast from next week.

Five years after the east coast edition of Today Tonight was dropped, the Perth and Adelaide editions of the current affairs show will air for the last time on Friday and Thursday, respectively. 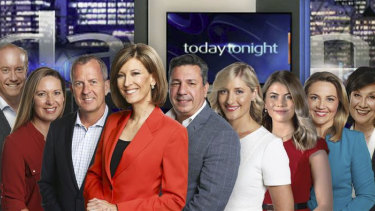 Today Tonight’s Perth show has been on air for 25 years.Credit:Facebook

Despite still rating well in its 6.30pm timeslot, audiences had been declining while one-hour news bulletins were doing better in other states.

"I’m enormously proud of our little show and the stories we have produced in the 11+ years that I’ve been a part of it," he said.

Perth news and public affairs director Craig McPherson said Today Tonight had dominated the Perth and Adelaide markets for 25 years, producing more than 25,000 stories reflecting "the good, the bad and everything in between".

"To end such a successful reign has been one of the toughest decisions but a necessary one as the audiences shift and change along with the economics," he said.

"I want to thank all both past and present Today Tonighters. Always committed. Always passionate."

Today Tonight Perth producer Liz Sheehan, who only started at the program a few months ago, said she was devastated at the show's axing.

"After 25 years Channel 7's Today Tonight has been axed. Friday will be our last episode," she said.

"From next week, news will run for an hour. Even though I have only been here a few months… I am absolutely devastated. This is an amazing bunch of people to work with."

Some staff are expected to be re-deployed to the Perth and Adelaide newsrooms while other positions will be made redundant.

Perth's 6pm news bulletin will revert to a one-hour format from Monday, December 2.