Is this Britain’s DIRTIEST job? Stomach-turning moment brave waste workers wade through sewers to clear a huge blockage caused by wet wipes – as they admit it can make them gag

A new ITV two-part series has shown what it’s like to have one of Britain’s dirtiest jobs –  as ‘sewer jetters’ admit ‘it does turn your stomach’.

Sewer jetters are the waste water workers who unblock toilets and drains, going waist-deep into drainage systems clogged with wet wipes and fat.

Veteran sewage shovellers Pete and Shawn have the hardest job of all, washing down smelly sludge on a hot sunny day at the sewage treatment works in Staffordshire. 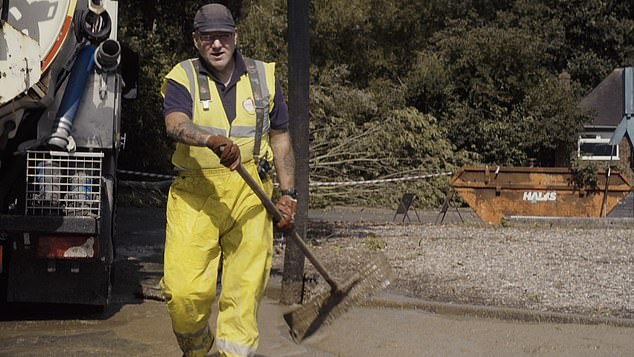 Veteran sewage shovellers Pete (pictured) and Shawn have the worst job of all, washing down smelly sludge on a hot sunny day at the sewage treatment works in Staffordshire

They tackle the front line as fresh sewage, clogged with fatbergs, sweeps in to the plant and somehow remain upbeat.

As Pete heads into a hole to unclog the smelly problem, Shawn says: ‘He loves it, he does. He’s like a pig in s****.

‘If he hadn’t gone in today he’d have gone round with a long face for the rest of the week.’

Filmed over three months last summer, during Britain’s biggest heatwave for years, the documentary provides a vivid insight into the emergency provision of water to feed drought suffering areas.

It also shows a glimpse at life in the murky sewers, and the blockages and fatbergs faced by staff who have to deal with the most unpleasant problems. 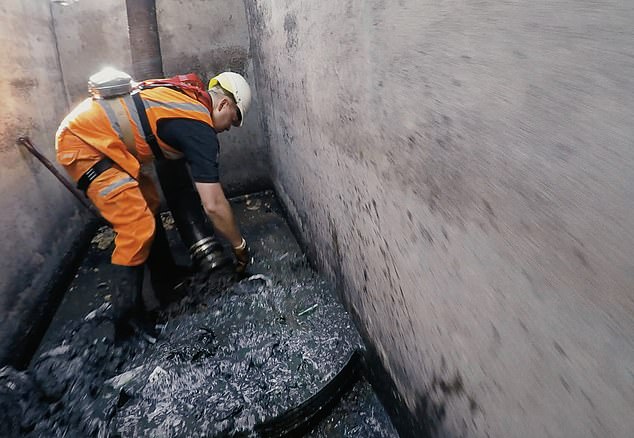 Mark Davies, another jetter who works on the front line,  admits the job sometimes does get a bit unpleasant.

He said: ‘Sometimes it does turn your stomach a little bit. It’s the fat that’s the worst, rather than the pony.

‘Pony – yeah, another word for the poo… It’s just a nice word in front of the customers, not all of them like us calling it poo and other choice words, if you get me.’ 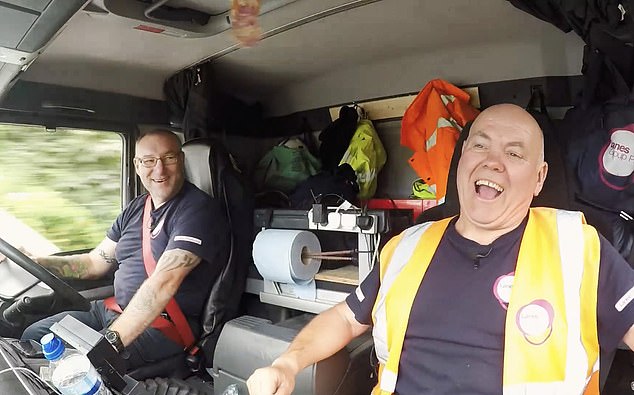 The programme follows both the sewer workers and those tasked with keeping the firm running – including chief executive Liv Garfield, the youngest female CEO of a UK stock-market top 100 listed company.

What is a fatberg?

A fatberg is a congealed mass in a sewer system formed by the combination of non-biodegradable solid matter, such as wet wipes, and congealed grease or cooking fat.

Fatbergs became a problem in the 2010s in England, because of ageing Victorian sewers and the rise in usage of disposable cloths.

In the first episode, cameras follow Mark and Jake, sewer jetters who delve into Birmingham’s bad toilet habits, speculating on who’s been busy when they find a drain full of condoms.

Mark also bemoans people flushing wet wipes, making his job even harder by causing tricky blockages. He said: ‘You can end up knocking every property and they say that they don’t put wet wipes down, but somebody is.’

A team of four sewer men are also seen surveying one of Derbyshire’s biggest sewage pumping stations, and on this job, the most junior worker Jay has drawn the short straw and is going down into the drainage system. 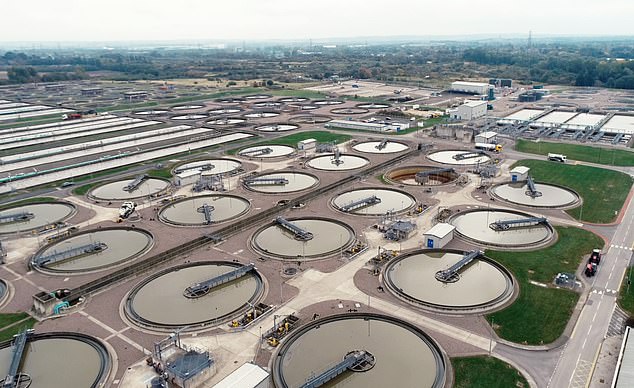 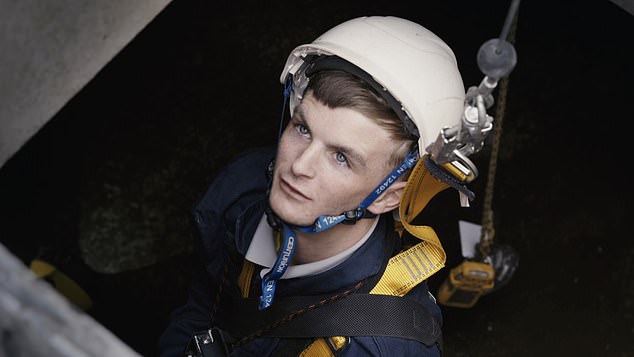 Kyle Kelly prepares to descend into a sewer. Supervising him is Josh, who says to the trainee: ‘It splashes up, so keep your mouth shut. Otherwise you will swallow it and it’s not nice’

Supervising him is Josh, who says: ‘You’ve got thousands of gallons of just raw sewage coming to this point. It more or less gets churned up and gets sent by a pump to another line. God knows how many thousands of houses it’s taking.

‘Probably most of Derby where we are. It splashes up, so keep your mouth shut. Otherwise you will swallow it and it’s not nice.’