Single mother poses in her lingerie alongside her daughter

A single mother who sells racy photos for money has proudly posed in her lingerie alongside her five-year-old daughter in a bid to reduce the stigma attached to the profession.

Sammii Lively, 27, from Birmingham, West Midlands, who sells exclusive photographs of herself online, said while her job is often ‘frowned upon’ she refused to hide her career from her five-year-old daughter, Mia.

After posting a photograph of herself in her underwear with her daughter across her social media platforms to reduce the stigma, Sammii said she was ‘proud and thankful’ for her job because it allows her to provide for her child.

Sammii Lively (left), 27, from Birmingham, West Midlands, who sells explicit photographs of herself online, posed in her lingerie alongside her five-year-old daughter Mia (right) 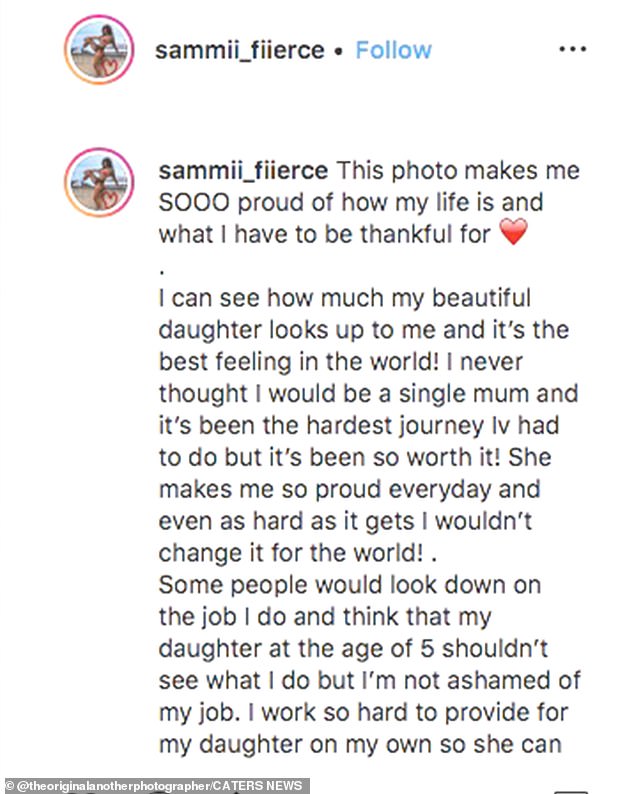 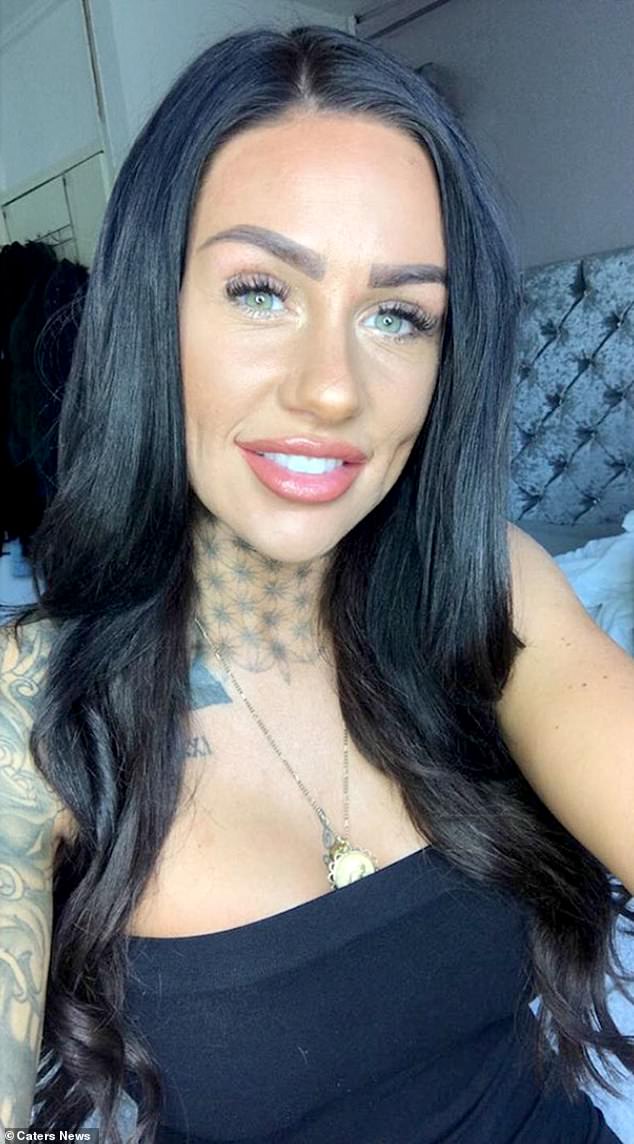 Sammii, who also works as a hairdresser, said while her job was often ‘frowned upon’ she refused to hide her career from her daughter

Sammii, who works as a hairdresser and said Mia aspires to be one too, said: ‘I never thought I would be a single mum and it has been the hardest journey I have ever been on, but it is worth it.

‘I posted the photograph online to tell people I’m not ashamed of my job and I work hard to provide for my daughter so she can have the best life possible.

‘She has been coming with me to shoots since a baby and she understands it is just a job.

‘She loves coming to the shoots and helping the photographer to pick the best photographs.

‘I have a strong work ethic and I am teaching Mia that you can get whatever you want in life, if you work hard.

‘I am also a hairdresser and I sell exclusive photos online which allows me to provide the best for my daughter. 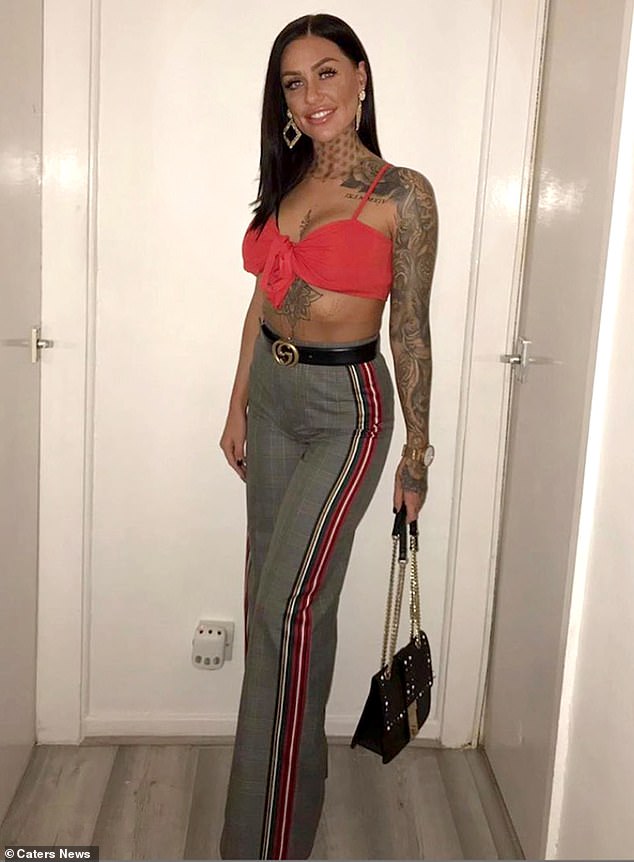 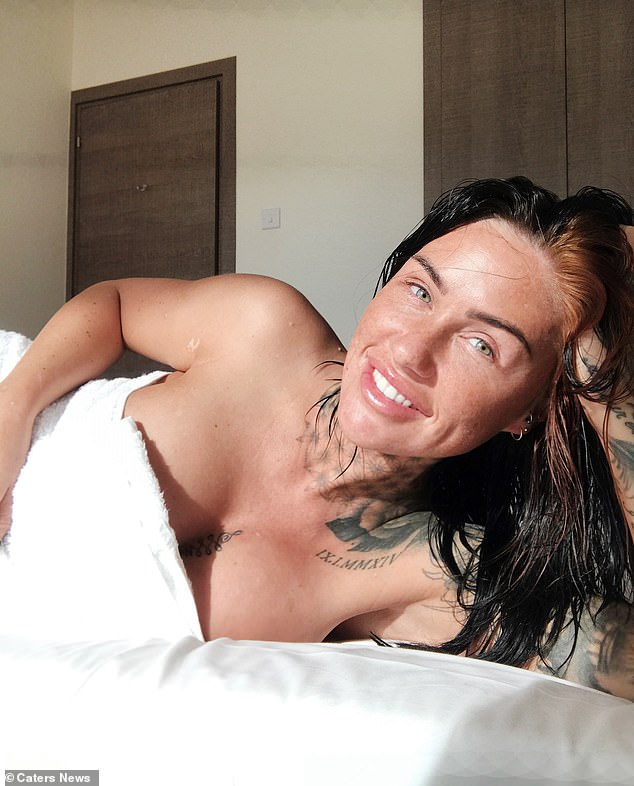 ‘We go abroad every year; Mia attends extracurricular activities after school such as dancing and singing.

‘I love my job – whilst others associate my photos with sexual thoughts, I see it as art.

‘The photographers have a vision and I am there to help them tell a story through the image.’

Alongside the picture of herself and her daughter Sammii wrote: ‘This photo makes me sooo proud of how my life is and what I have to be thankful for. I can see how my beautiful daughter looks up to me and it’s the best feeling in the world!

‘I never thought I would be a single mum and it’s been the hardest journey I’ve had to do but it’s been so worth it! She makes me so proud everyday and even hard as it gets I wouldn’t change it for the world!

‘Some people would look down on the job I do and think that my daughter at the age of five shouldn’t see what I do but I’m not ashamed of my job.

‘I work so hard to provide for my daughter on my own so she can.’

Sammii also posts photographs that she described as ‘a bit naughtier’ than her shoot pictures on social media platform but those wishing to see them require a subscription.

She added: ‘Some people might look down on my job, but I never post naked photos – I just see Only Fans as another way to get money.

‘I usually post risky photos and videos that tease the viewer, like a little dance or seductively lick a lollipop.

‘I leave something to the imagination and never completely reveal my body.

‘I love my job and I have been featured in magazines, brochure and business cards for lingerie companies.

‘The photographs I post are no different to posting a photo on holiday in your bikini, the only difference is, I get paid for it.’