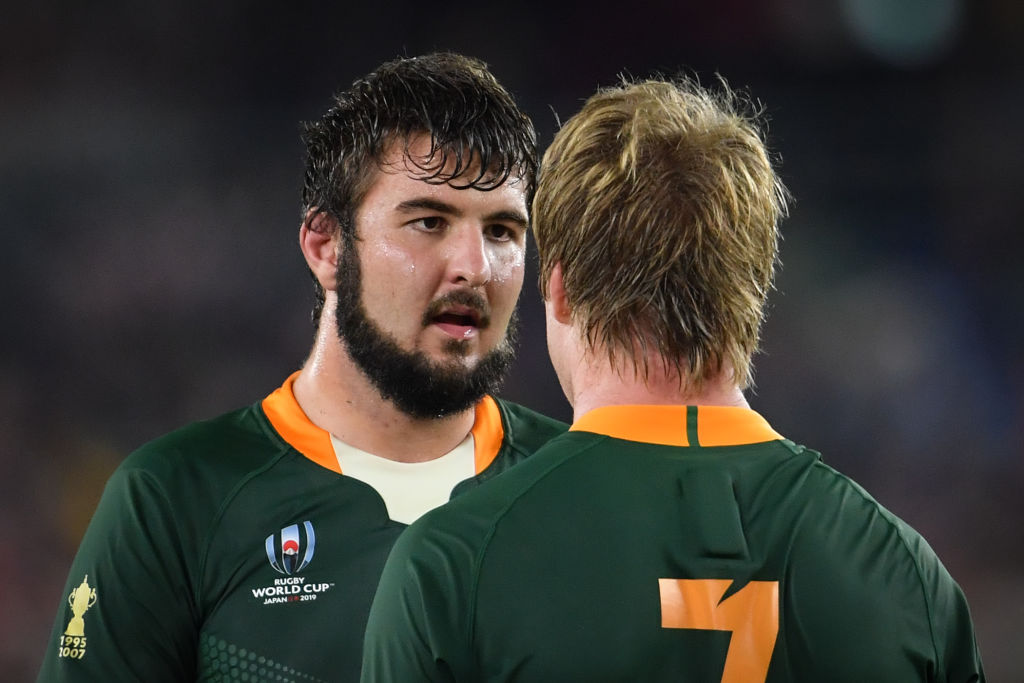 The Springboks have been forced to suspend training for a second time in as many weeks after Lood de Jager tested positive for Covid-19, with concerns growing around the British and Irish Lions tour.

De Jager, 28, who plays for Sale Sharks at club level, received the bad news following a round of scheduled testing on Monday, with the opening Test against the Lions taking place in just under three weeks’ time.

As the lock forward had been in close contact with several other members of Jacques Nienaber’s playing squad, the entire group has now had to go into preventative isolation.

More updates are expected in due course following a review by the Medical Advisory Group and further testing.

South Africa are scheduled to take on Georgia in four days’ time in Johannesburg after thumping them 40-9 in last Friday’s one-sided warm-up at Pretoria’s Loftus Versfeld Stadium.

It’s not the first time the Springboks have had to halt training, with Sibusiso Nkosi, Herschel Jantjies and Vincent Koch testing positive for Covid-19 before Warren Gatland’s touring party set off at the end of last month.

More squad members subsequently had to be placed in isolation after they were deemed to have been in close contact with the trio.

Springboks’ director of rugby, Rassie Erasmus, played down mounting fears that the tour could be derailed following the first Covid-19 outbreak in Nienaber’s squad.

‘I don’t think it’s a big cause for concern but we want to keep everybody as safe as possible,’ he said.

‘We’ve got a squad of 45 players, especially for that reason. Even if there are players inside that who are positive, we can draft a player from outside who is on the Test radar at the provinces. We will have enough numbers.

‘I’m fairly sure that in this group of 45, there are very few guys who are infected.

‘Although it disrupts our training sessions, and it’s not ideal, I can remember England had Matthew Proudfoot out after he tested positive and couldn’t coach, and Eddie Jones had to self-isolate. This is not something totally new.’