Australia's own rising star of blues and roots, Freya Josephine Hollick, had no less than Lucinda Williams' band Buick 6 bringing their glorious sounds to her new song, Nobody's No Better Than No One, the first track from her forthcoming new album, The Real World.

Recorded at Rancho de la Luna in California's Mojave Desert, Hollick's distinctive voice takes on a whole new attitude in this darker, rocky desert romp, while guitarist Greg Leisz – who's recorded with everyone from Eric Clapton to Emmylou Harris, Beck and Sheryl Crow – blasts away on the strings. It's the first sign of what promises to be a grittier, sonically charged path for Hollick. 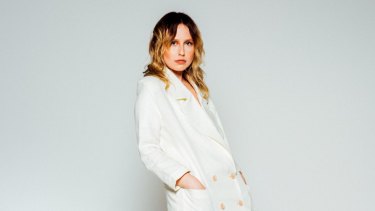 Following last year's Feral Fusion album, Real World will be released next year but this first glimpse of Hollick's new material is now available to download. A vinyl 7" of Nobody's No Better Than No One released on Blind Date Records comes with the exclusive instrumental track Senorita Blvd by Buick 6.

The launch show for Nobody's No Better Than No One takes place at Big House Arts in Coburg North on Saturday, September 21, and tickets for this special performance are available from blinddaterecords.com.au. Special guests on the night include Hannah Blackburn, Sean McMahon, Eaglemont and more. "We wanted to throw a party that resembles the sweet times we had recording at Rancho de la Luna," Hollick said. "Big House Arts will be kitted out with desert projections, fairy lights and some other Rancho style junk along with a top quality sound system." For more information, go to freyajosephinehollick.com

album of the week
Mudhoney
Morning in America
(Sub Pop)
★★★★
Three decades and 10 studio albums since erupting alongside some of Seattle's finest, Mudhoney have a new EP and if nothing else, frontman Mark Arm can still deliver a line quite unlike anybody of his generation.

Sticky hasn't yet heard this EP in full, but in the spirit of taking a rare punt, it gets a star for each member of the band. Here's hoping it lives up to their high standard of underground rock, which helped set the bar for the very best of grunge.