Ta-Nehisi Coates explains his approach to parenting a young son: ‘We didn’t want to make him central in an unhealthy way’ 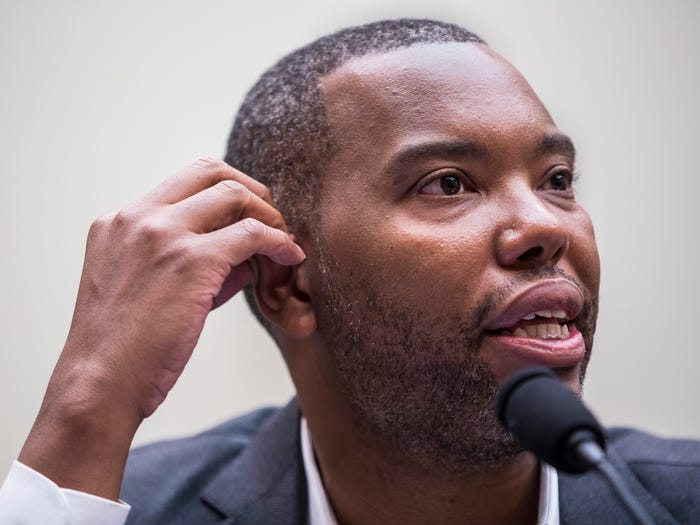 When best-selling author Ta-Nehisi Coates became a father at 24 years-old, he and his wife, Kenyatta Matthews, were determined not to make their son the sole focus of their lives.

"When he was born, Kenyatta and I agreed: we didn't want our life to end," Coates said on a recent episode of The Carlos Watson Show.

It wasn't about having the ability to be young and carefree, Coates said, but about him and Matthews both being able to pursue their dreams while raising their son, Samori Maceo-Paul Coates.

"We didn't want to make him central in an unhealthy way," Coates said. "By which I mean, I think we both felt at that age that he should not be made to feel as though the world revolves around him. This is our life, and you have to get in where you fit in."

When the family moved to Paris for a year in 2016, Samori, a teenager at the time, wasn't thrilled. He had a rough few months, Coates said. But in the long run, the change benefited him.

"He came back and was just a totally different kid," Coates said. "I have to believe when you go through challenges like that, that builds your self esteem."

Now that Samori is a young adult, Coates said that his approach to parenting paid off.

"When I look at Samori, I see myself, but without the insecurities that I had as a kid. He came up so different," Coates said. "He has so much self-possession and courage that I didn't have when I was his age."

Coates' book, "Between the World and Me," is written as an open letter to Samori. The book, which deals with issues of racism and police violence, is now being adapted into an HBO series.

In the Carlos Watson Show interview, Coates talks about the black boys who don't have the same experience and privileges that his own son has.

"It breaks my heart because I, on some level, have been around folks who did not have what I had all my life," he said.

Coates is frank about the way that his son and other Black children are impacted by systemic racism as they grow up in the United States.

"We live in a society where even if you do everything right… you will still come out with a gap in income between you and a white kid. You still have a burden you have to carry that is a result of white supremacy," he said.

But even in the shadow of that difficult truth, Coates says he is confident in the way he has parented his son.

"I'm very very proud of what he's growing into," he said.