Teacher conquers fear of the sea to become a professional mermaid

A woman has revealed how she conquered her fear of swimming in the ocean so she could become a professional mermaid.

Kirsten Waddle, 24, from Aberdeen, Scotland, has been obsessed with the mythical sea creatures since watching Disney classic ‘The Little Mermaid’ as a child.

But the primary school teacher was so frightened of deep water and worried there were sharks swimming below that she couldn’t go in.

However determined to achieve her dream of dressing like the animated character Ariel, she purchased her first mermaid tail and vowed to beat her fear of the ocean and deep waters.

Now within the space of a year Kristen has become a member of a performance group where she appears as her alter-ego Belle the Stonehaven Mermaid, and is learning how to free dive. 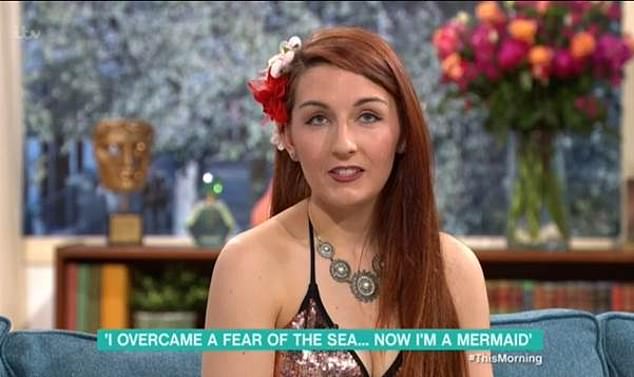 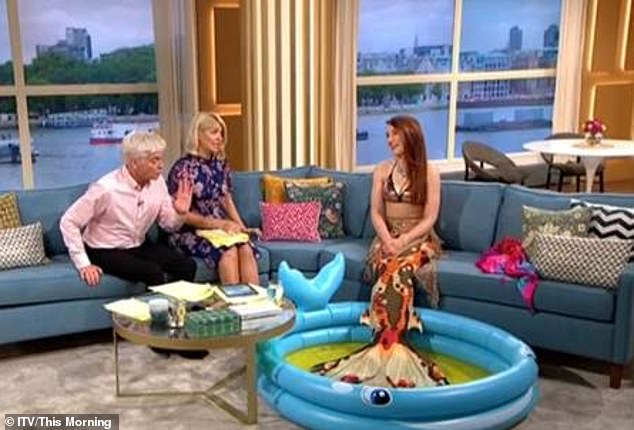 Kirsten recalled how she spent her childhood pretending to be a mermaid and playing sea-themed games, despite her fear.

Appearing on ITV’s This Morning decked out in her £230 tail, Kristen explained: ‘Somewhere along the line I’d developed anxiety about what was swimming underneath me in the sea – I even started to panic that there were sharks in my local swimming pool.’

But she eventually took the plunge to turn professional after attending a mermaid convention in London with her friend, the Cornish mermaid Scarlette Von Borowski.

After joining a Scottish mermaid pod, she began swimming in deep pools and her fear was alleviated when she saw how confident her peers were.

Ariel inspired Kristen’s alter-ego Belle the Stonehaven Mermaid and she now does paid appearances as the Disney princess Ariel.

As she grew in confidence, Kirsten even began working professionally as people began to hire her to make surprise appearances. 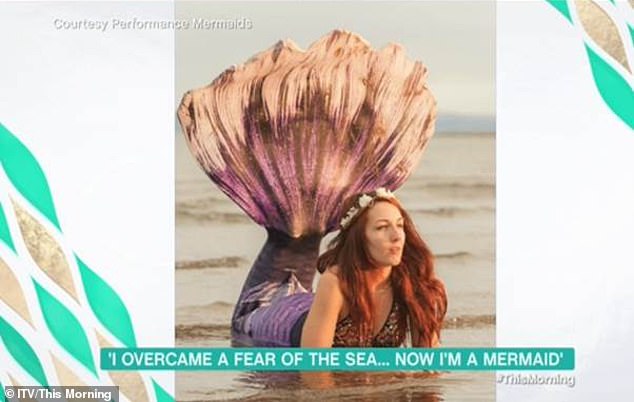 But Kirsten had still not had a chance to enter the ocean and face her fears head on – or tail first.

‘I’d been swimming in pools in Glasgow for a while when Scarlette invited me to Cornwall to swim in the sea with her,’ she said.

‘I wasn’t sure if it would be scarier than the pool, but it ended up being better than ever!

‘I followed Scarlette’s lead and just got right in – the practice at the pool in Glasgow had built my core strength, and I just felt comfortable almost immediately.

‘Families on the beach even came over with their children to take photos – it was amazing.’

Kirsten said of the mermaid convention in London that is was amazing to see so many people with the same passion: ‘I couldn’t believe it when I got there, it was like a dream.

‘Watching them, I just wanted to join in and forget about my nerves. There were mermaids of all shapes, sizes and styles – the only thing they had in common was the passion they had for being a mermaid.’ 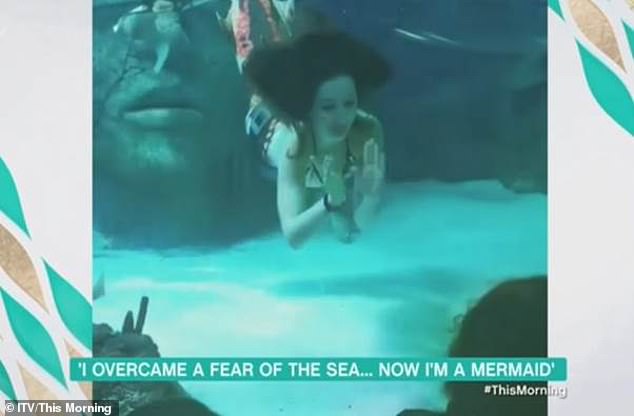 Kirsten spent the entire train journey back to Scotland looking at tails online before purchasing her first tail – a beautiful blue number which cost £80.

She joined a pod of mermaid enthusiasts known as the ‘Tartan Tails’ and got to try out her new tail at a group swimming session in a local pool.

‘Seeing everyone else just own it and embrace their mermaid-selves really made me feel good,’ she said.

‘I started to let go of the fear and, just like I had at the convention, I could just enjoy the water for what it was.’

Inspired by Scarlette’s mer-name, Kirsten decided to pay homage to the harbour town near her home, where she had helped work on her grandfather’s boat with her cousins growing up, and with that Belle the Stonehaven Mermaid was born.

Kirsten is now enjoying free diving training and over the summer will be appearing across SeaLife centres to entertain youngsters – and will even be swimming with the sharks she was once so frightened of.

This Morning airs weekdays on ITV at 10.30am