The Duchess of Cornwall sent a hamper packed full of Highgrove treats to a homelessness charity as she joined a video call to speak with former rough sleepers.

Camilla, 72, had planned to visit Emmaus Brighton & Hove earlier this month, as part of her role as Patron of Emmaus UK, but was forced to cancel the visit amid new Covid-19 restrictions.

Instead, the Duchess, who became patron of the organisation in 2006, sent the community a basket of treats which featured a hand written note reading: ‘To you all, with my best wishes and hope to see you soon.’

She also joined on the call by five Emmaus residents, where she discussed the challenges of lockdown and spoke of her love for Brighton.

The Duchess of Cornwall, 72, sent a hamper packed full of Highgrove treats to a homelessness charity as she joined a video call to speak with former rough sleepers

During the call the royal was also joined by Chief Executive, Christine Squince and Community Support Worker, David Pilkington, where she revealed her disappointment at not being  able to visit the team in person.

Meanwhile she also told the group she had spent a lot of time in and around Brighton as a child and had even learned to swim in the sea there.

She went on to praise the work Emmaus Brighton & Hove does and the difference they make to the local community.

Companion, Graham Timmons, spoke to The Duchess about his work arranging collections and deliveries at the community. 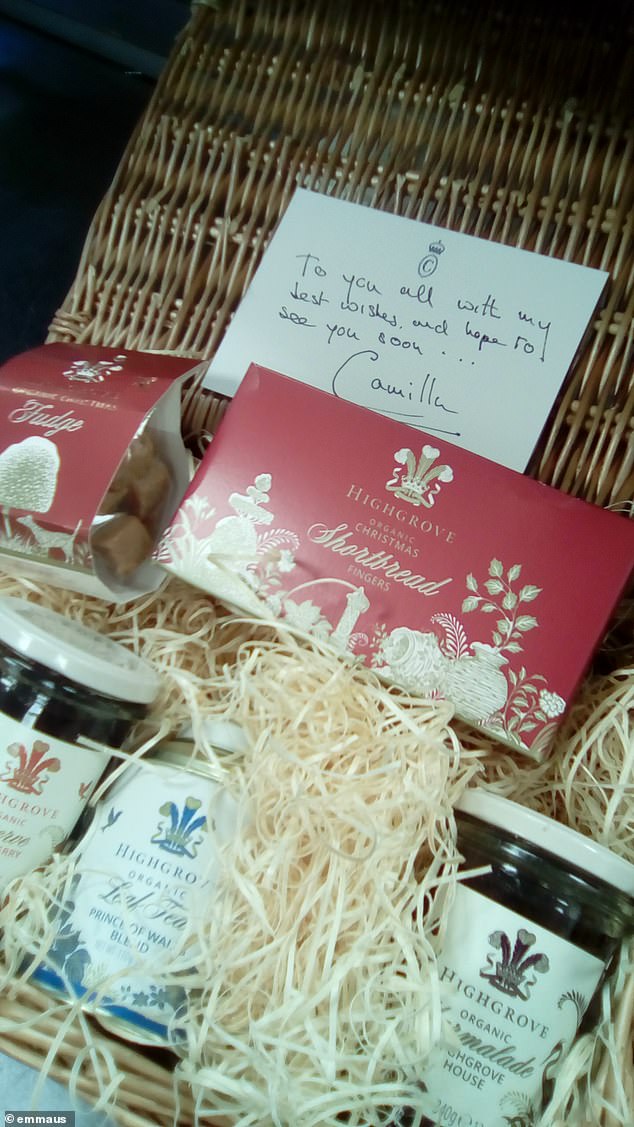 Camilla, who became patron of the organisation in 2006, sent the community a basket of treats which featured a hand written note

He even managed to share a joke: ‘I am the first Timmons to meet a royal, so I told Her Royal Highness that and she said, ‘be careful what you wish for!’ We all laughed.’

Another companion, an unnamed community chef, spoke of the benefits of living with so many people during lockdown.

He said: ‘It was a great privilege to talk to The Duchess and answer her questions about the catering I’ve been providing for companions during lockdown. I look forward to future discussions and support.’

The charity supports former homeless people by giving them a home within one of its Emmaus Communities. 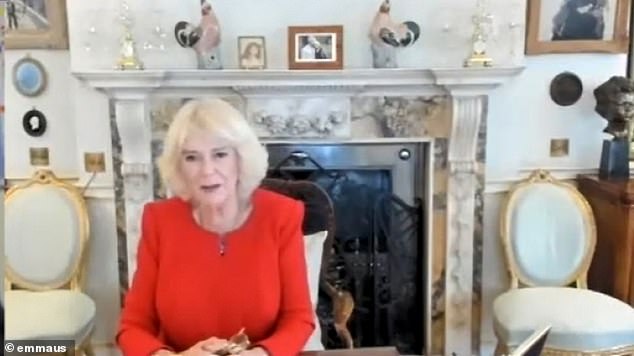 The organisation tackles homelessness through a network of self-supporting communities where people are offered a home and work. Residents have a room of their own and work together, refurbishing and selling donated goods.

The 57 residents in Brighton and Hove, known as companions, gain valuable work experience in the charity’s second-hand shops and café, which generate the funds needed to pay for a home, food, training and individual support for the community.

Camilla’s appearance comes as she faces a tirade of abuse from social media trolls after The Crown falsely suggested she had an affair with Prince Charles throughout his marriage to Diana. 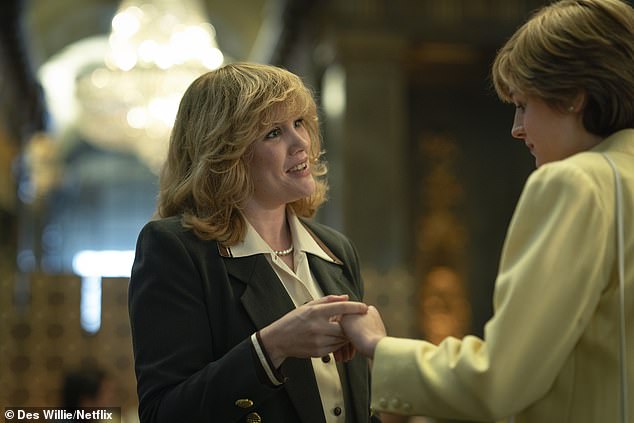 Online comments by viewers of the show reveal that many have accepted the fake storylines as historical fact – including the incorrect assertion that Charles and Camilla conducted an affair throughout the Prince’s entire relationship with Diana.

In reality, Charles had practically no contact with Camilla for five years after his marriage in 1981.

Since the latest series of the smash-hit Netflix show launched, dozens of critics have complained that many events portrayed on the screen were either distortions of the truth or simply never happened.