The fine art of housework

The fine art of housework – For most of us, hoovering and washing pants are dull chores, but for Beth Cullen Kerridge they’ve inspired sculptures that sell for thousands

At the start of lockdown, Beth Cullen Kerridge found herself asking the same question over and over again: ‘Why do I have to do all of it?’ When I ask what ‘it’ means exactly, she quickly recites a list. ‘Ironing. Hoovering. Washing pants. It’s not what I want on my gravestone, is it? “She washed and washed the pants.”’

Some background: Cullen Kerridge, 52, is married to celebrity chef Tom Kerridge and, as well as looking after their son Acey, six, she also manages the finances at her husband’s three pubs in Marlow, Buckinghamshire. Oh, and she’s a sculptor, with pieces that can go for £15,000 a pop. Her recent exhibition, Femella, has just finished showing at the Saatchi Gallery and Gallery 8 in London.

So she has had her hands full. And, during lockdown, rather than wallow, she thought, ‘I’d better turn this into a positive and beautiful thing,’ she tells me. She started buying vintage cleaning appliances from the internet and turning them into art. One sculpture, called Iron Lady, is of a woman whose head has been replaced by an old-fashioned iron. Another is of a female torso with vacuum-cleaner nozzles for breasts: that one’s called Vac Titties, if you were wondering. 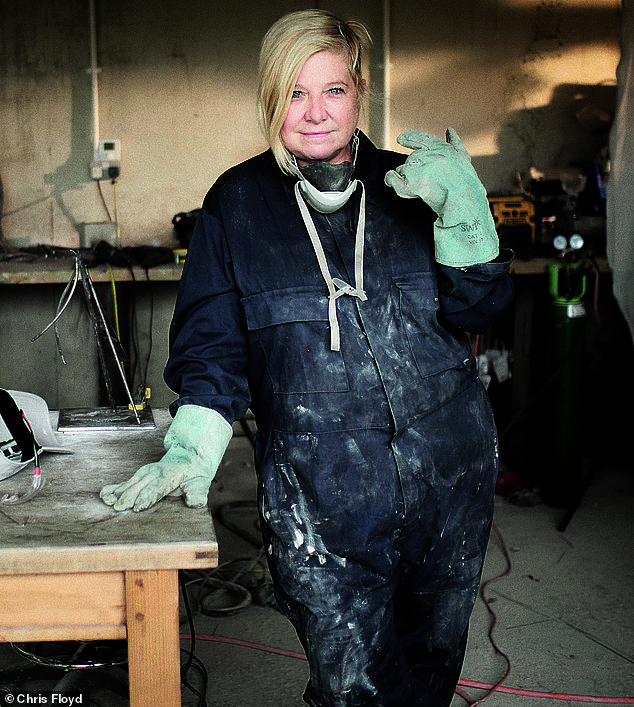 Beth Cullen Kerridge (pictured) was fed up of doing all of the housework including ironing. The sculptor and wife to Tom Kerridge decided to turn her chores into joy

It’s not so much a protest against household chores, she explains, but a celebration of hard work. ‘It represents come from and how much we’ve achieved despite all of that mundane stuff.’

One sculpture, Boa, shows a woman with a vacuum around her neck. I say it looks like she’s being choked. ‘Or is she showing off? Is she wearing a feather boa?’ Cullen Kerridge responds.

She doesn’t plan her sculptures – ‘They come out naturally’. Sometimes that’s a problem. In 2018, Channel 4’s Supervet Noel Fitzpatrick asked her to make a statue of a beagle he’d treated. It was a wedding gift for the dog’s owners: Prince Harry and Meghan Markle. ‘It was a lovely dog, with mad ears.’ But, trouble was, the high-born hound looked a bit like her own pet spaniel. ‘So, I start this sculpture of their dog, but my dog keeps coming out of the clay.’ It took a lot of concentration but, she promises, the finished product was the correct canine.

She met Kerridge in 1997 at a comedy club in London. She was working for the renowned British sculptor Sir Anthony Caro and Kerridge was a sous-chef for the restaurateur Gary Rhodes. Six weeks later, she decided to propose and, armed with a ring and champagne, met Kerridge in Leicester Square. It was past midnight and he had just finished work. ‘He said yes before I finished the sentence,’ she says. As they stood there, all giddy and holding champagne, a man on a street sweeper drove past and shouted: ‘I don’t know what you’re doing, but congratulations!’ 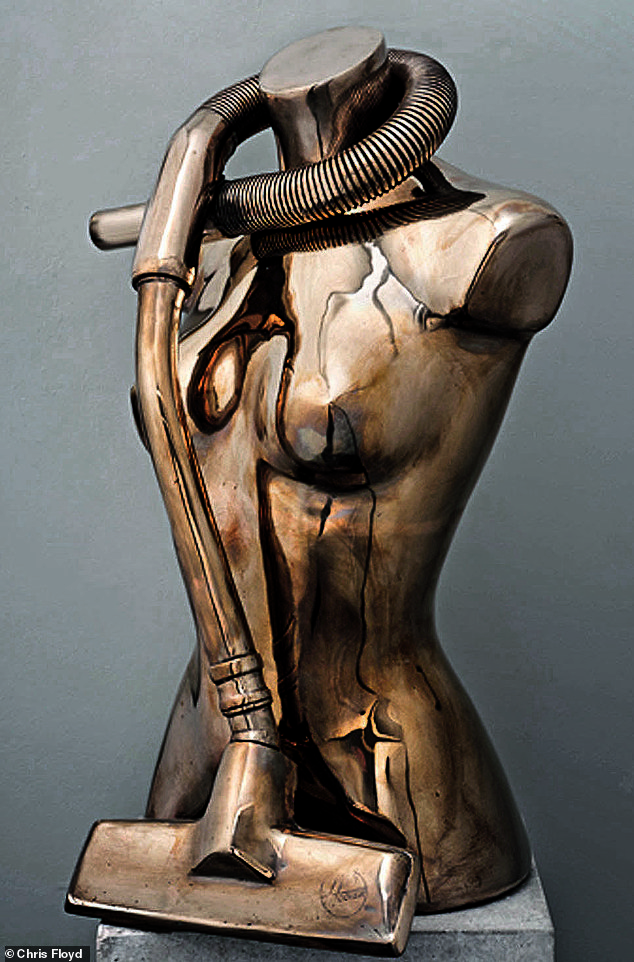 She started buying vintage cleaning appliances and began turning them into art. One sculpture, Boa, shows a woman with a vacuum around her neck

In 2005, the couple took a big risk. Kerridge was 33 and worrying he would never have a Michelin star of his own. ‘So I said, “Let’s do it ourselves.”’ She had just made £10,000 for four sculptures on a roundabout in her home city of Stoke-on-Trent. They used that money (plus a loan) and started The Hand & Flowers pub in Marlow.

It rather put a cork in her own artistic career. For around five years she did everything to help in the pub: she ran the floor, did every odd job and handled the finances. (‘Oh my god, Sage codes!’) I ask if she has any background in business or hospitality. ‘No,’ she replies. ‘Just amazing common sense.’

Luckily, it paid off. The couple now have three Michelin stars. But even though she no longer works the floor or sorts out tax codes, she still can’t quit. Every financial decision goes through her. I ask if she’d like to just do sculpture. ‘That would be lovely.’ Then why doesn’t she? ‘Because I couldn’t sleep at night.’ The pubs have 250 staff, she says – that is 250 sets of mortgages, utility costs and phone bills: ‘There are too many people to let down.’ But surely she must like doing it? ‘I like it! I just don’t like doing it. But I want to know everything is OK.’