Typecasting has its dangers, as Ralph Fiennes showed long ago when he unwisely signed on to play the bowler-hatted, tea-sipping secret agent John Steed in the 1998 movie of The Avengers (the cult British TV series – no relation to Marvel). 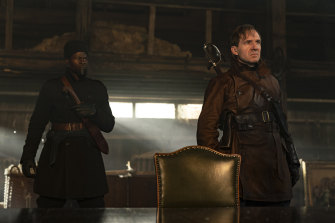 Fiennes had the hawk-like profile, the rounded vowels and the urbane manner. What he didn’t have was the necessary light touch. Thankfully, he’s since learned a few things about connecting with an audience – but it only took a few minutes of Matthew Vaughn’s appalling The King’s Man before all those awful memories of him trying to banter with Uma Thurman came rushing back.

This is yet another fanciful spy caper, nominally a prequel to Vaughn’s two previous Kingsman blockbusters, based on the comic books by Mark Millar. The plot intersects with the earlier films only at the last minute, but the script by Vaughn and Karl Gajdusek has the same odd blend of absurdist bad taste and po-faced nostalgia for the Empire. 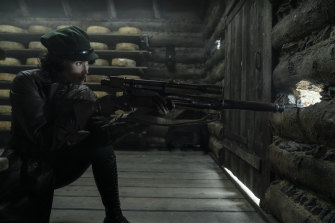 We start off in 1902, with Fiennes as the lofty Duke of Oxford, whose beloved wife (Alexandra Maria Lara) is killed by a Boer bullet while working for the Red Cross. As this indicates, Vaughn has few qualms about what is known as “fridging” – that is, killing off the hero’s loved ones to motivate his feats of derring-do.

Nor does he shrink from having his cake while eating it voraciously. A man ahead of his time, the Duke is under no illusions about the sources of his wealth. But this doesn’t deter him from living in grand style on his country estate, attended by loyal retainers who address him as “your Grace”.

Similarly, our hero’s outward pacifism proves no barrier to him overseeing an unofficial network of spies, or personally deploying lethal force for the greater good. Initially, this comes as a relief, given that Fiennes’ commitment to being dour and forbidding is not in itself a recipe for fun.

But then the real weirdness starts. With world war on the horizon, the Duke and his entourage are off to Russia to tackle the famously tricky task of assassinating Rasputin, played by an unrecognisable Rhys Ifans as a pansexual maniac with a possibly-not-accidental resemblance to legendary comic-book writer Alan Moore. 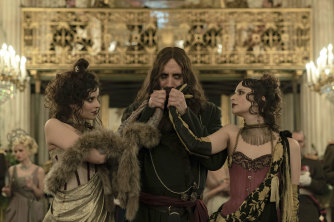 The Duke’s first scheme for snaring the mad monk involves using his teenage son Conrad (Harris Dickinson) as bait in a honey trap – though the film skates over the implications of this notion, thankfully swiftly dropped.

Instead, we get a kinky tete-a-tete with Rasputin literally tonguing the Duke’s battle scars, at which point I could only wonder: is this the sort of thing most paying customers in a middle-American multiplex, or anywhere else, will be glad they ventured from their homes to see?

Tonally and thematically The King’s Man is all over the place, in a way that lays bare the cynicism of Vaughn’s own mission: to appear transgressive yet reassuringly conventional, and to exploit the vestigial glamour of the British ruling class without getting progressive viewers offside.

The nadir comes when war breaks out despite the Duke’s best efforts, and knockabout bloodshed is briefly replaced by “serious” contemplation of life and death in the trenches, complete with a voiceover reading of Wilfred Owen’s Dulce and Decorum Est (“Bent double, like old beggars under sacks…“).

As this demonstrates, the principle of having it both ways can only be carried so far. You can have the horrified poetry that emerged from Owen’s experience of modern warfare, or you can have a giggly cartoon of history, literally the film’s plot, which proposes that the war in question was secretly engineered to further the cause of Scottish independence by a cabal including Rasputin, Lenin (August Diehl) and Mata Hari (Valerie Pachner).

To combine the two, however, is an obscenity. Vaughn is a shrewd enough operator it’s hard to fathom how he came to make such a grotesque error of judgment, unless he was led astray by the famous ending of Blackadder Goes Forth, a model of sensitivity by comparison.

Under such circumstances, it’s not surprising that Fiennes makes little effort to draw on the comic skills he’s honed in recent years. A stiff upper lip was never more needed.