The least affordable places to rent in the UK revealed 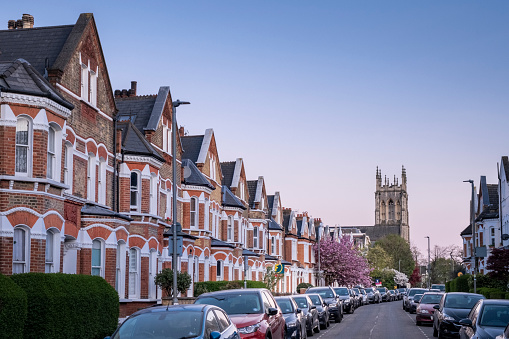 Do you feel like you’re paying a lot for where you live? Well now you can see how your rent measures up to the rest of the UK.

While rent seems to be growing more expensive by the second, it’s important to be aware of the costs elsewhere so you can make some informed decisions about your cost of living.

Coming in at easily the least affordable area to rent in the UK is Kensington and Chelsea with the highest average rent a staggering £2,716 per month.

But it also has the highest monthly earnings in the country with the average take-home at £3,297.17.

The survey conducted by Money.co.uk showed, unsurprisingly, the top ten least affordable places to rent are all in London.

In second place is Hackney, where rent makes up 65.77% of the average monthly income.

Brent is the London borough that completes the top three least affordable areas for renting.

The least affordable areas to rent:

Westminster which is the fourth least affordable place to rent in London, also happens to be the area in the UK with the highest percentage of rental properties, with 42.55% of homes being privately rented.

North East Derbyshire is the area with the least amount of homes being privately rented, at just 9.69%.

Average rent prices in Brent are £1,450, which makes up 63.2% of the average monthly income. Brent has both inner-city and suburban areas and its best-known landmark is Wembley, the country’s largest stadium.

The least affordable area for renters outside of London isn’t too far from the capital.

Hertsmere is located in Hertfordshire, which is just outside of London itself. Average rents here are £1,250 a month, 57.02% of earnings.

The second-least affordable area for renters outside the capital is the area surrounding the two Surrey towns of Epsom and Ewell.

Unsurprisingly, like Hertsmere, the area is located right outside of London, with rent making up 52.87% of the average monthly income.

In joint second place is Harlow, another town that borders London.

Harlow was founded as a ‘new town’ after World War II to help ease overcrowding in the capital. Today it’s an important part of the London commuter belt, and has undergone lots of redevelopment.

The least affordable places to rent outside of London:

If you want more tips and tricks on saving money, as well as chat about cash and alerts on deals and discounts, join our Facebook Group, Money Pot.