'The Legend of Zelda: Breath of the Wild' Tarrey Town Was Recreated in an 'Animal Crossing: New Horizons' Style by a Fan

While much of The Legend of Zelda series revolves around an eternal struggle between Link, Princess Zelda, and Ganondorf in Hyrule, BOTW players found themselves invested in a much quieter plot. The Legend of Zelda: Breath of the Wild, Tarrey Town sidequest became such a fan favorite that a player recreated it in an Animal Crossing: New Horizons style. And the view looks even more breathtaking in ACNH. 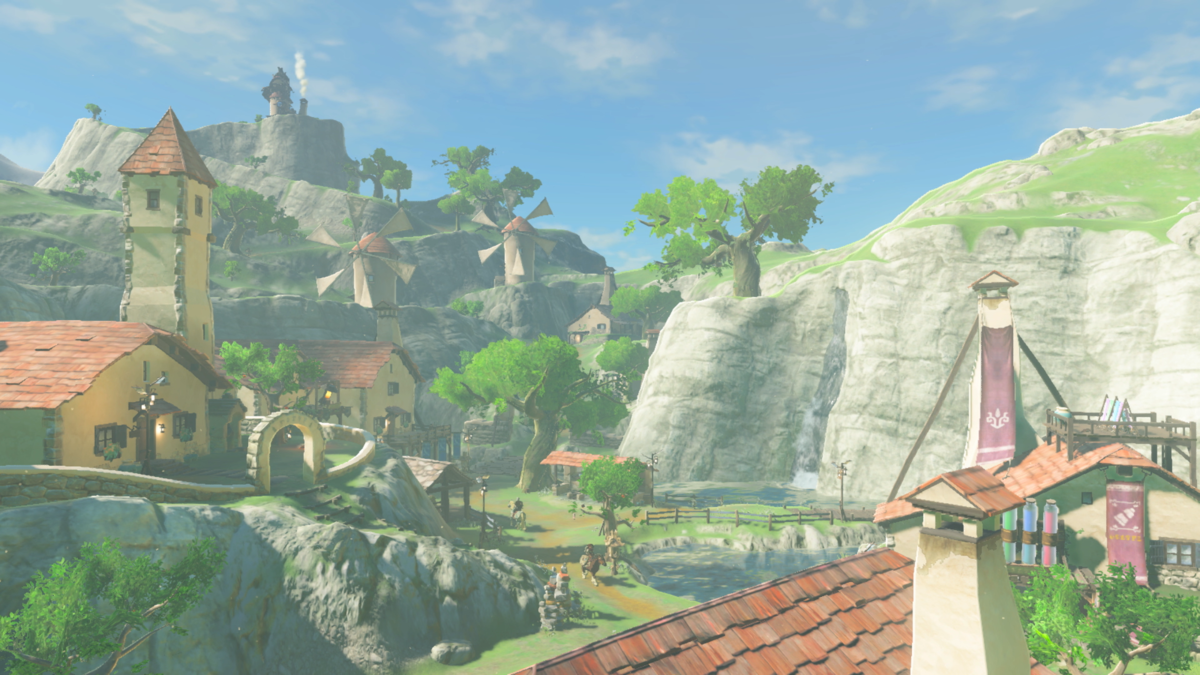 What is the ‘Legend of Zelda: Breath of the Wild’ Tarrey Town sidequest?

After Link completes the “Hylian Homeowner” sidequest in BOTW, the construction man Hudson sets out for Lake Akkala in the Akkala region. Finding him across the natural bridge, he then tells you about his new town: Tarrey Town.

“In order to get it up and running, he will need your help,” IGN notes. “This involves two things: Finding people to populate the town (who have the -suffix “son” in their name) and bringing him bundles of Wood.” 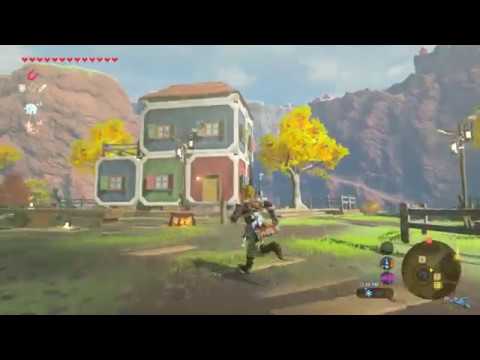 However, the sidequest is one of the most involved in the entire BOTW game. It requires players to bring Hudson 110 buddles of wood to build the town and scour Hyrule for residents. Link has to venture from the Gerudo Desert to Zora’s Domain, and then even to the volcanic Death Mountain where Vah Rudania lurks.

Link even helps arrange a marriage between Hudson and the Gerudo, Rhondson. Even among the most outlandish sidequest in The Legend of Zelda series, Tarrey Town stands as one of the most unique.

A fan on Reddit expressed their love for the sidequest, saying that they restarted their save file in The Legend of Zelda: Breath of the Wild just to redo the Tarrey Town mission several times.

They made an inspired recreation of Tarrey Town in Animal Crossing: New Horizons. With many of Nintendo‘s new updates, fans have gotten more elaborate with their ACNH islands.

They hollowed out their island, adding waterfalls and a big Lake Akkala. The area was covered with foliage of colors representing the changing orange and red trees in the Akkala region. Then they even added a horse Link must have left on the bridge.

While the Breath of the Wild Tarrey Town is not full size, the attention to detail makes the recreation look like a piece of art in and of itself.

How did they recreate the ‘BOTW’ sidequest in ‘Animal Crossing: New Horizons’?

A 2020 winter update added ‘Dollhouses’ to Animal Crossing: New Horizons. The player knew these would make a perfect item for their tiny Breath of the Wild Tarrey Town. The fan then used yellow, blue, red, green, and brown dollhouses.

They laid down a dirt path with tree saplings to achieve the miniature look. In the middle, a matryoshka stands in place of the Goddess Statue near where Hudson and the Gerudo, Rhondson, married.

On the shores around Akkala Lake, they used orange wildflowers and red pansies to resemble the autumn trees in Akkala. They even incorporated weeds and green mums to fill out the foliage.

They lined the cliffs with pine trees. As mentioned earlier, they use a miniature toy horse to represent Link’s steed.

The build looks elaborate, but it really came down to placement and getting the most from terraforming their island.