‘The media treated me and Britney unfairly’: Paris Hilton takes control of the narrative

On December 1, 2003 – the day before her reality show The Simple Life premiered on US television – Paris Hilton was taken aside by her mother, Kathy.

“She said to me: ‘Tomorrow, when this airs on television, your life is going to change forever’,” Hilton recalls. “I want you to remember to remain the same down-to-earth person you are, never let this go to your head and never change. 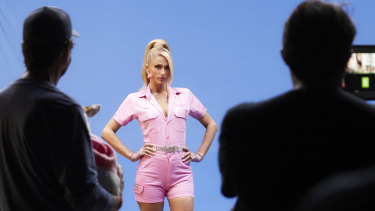 Paris Hilton spoke to the Sun-Herald and the Sunday Age from the set of a new ad campaign for Uber Eats.

The 41-year-old influencer, a great-granddaughter of Hilton Hotels founder Conrad Hilton, spoke to The Sun-Herald and The Sunday Age on the set of a new ad campaign for Uber Eats which, like many brands, sees value in leveraging her audience: 18.7 million on Instagram, 16.9 million on Twitter and 6 million on TikTok.

When Hilton moved into social media in 2009, the industry was in its infancy. Last year, she consolidated her business into a single production company, 11:11 Media, which produces audio, television and digital content, product licensing and branding, music and art, including digital non-fungible tokens (NFTs).

It is, she says, what a multi-platform A-game looks like in 2022. “That’s why I built it,” Hilton says. “It’s important to be on all these platforms and to take it seriously. I love making content, and you have to get the most out of every single thing you do.

“I always prided myself on being innovative and being the first at doing things. I love that something I did before there was even a name for it is now an occupation – a form of celebrity that any kid in their living room with a talent or a passion and an iPhone can put on social media.

“There’s good and bad that comes with that because I think there is a lot of pressure, too, particularly for girls,” Hilton says. “But if you use social media in a good way, in positive ways, and you do something positive with your brand, then it’s a good thing.”

Hilton says she prefers to work with brands she uses in her life: “When I got the call about this [she gestures to the set for the Uber Eats commercial she is filming], I was like, ‘yes, I use this’. And to be working with the Irwin family [Robert and Bindi Irwin also appear in the ad], I felt really aligned with my own brand.” 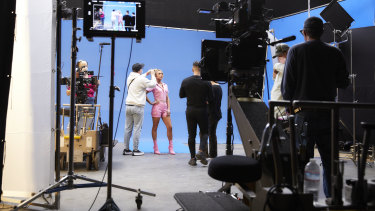 “If you … do something positive with your brand, then it’s a good thing,” Hilton says.

In her podcast, I Am Paris, she tackles subjects she thinks do not have enough mainstream media attention. In her conversation with actor Amy Schumer, for example, the pair talked about the autism spectrum, therapy and cancel culture.

“What I love about the podcast is having my voice,” Hilton says. “I feel like growing up in the early 2000s, the media treated me – and Britney Spears and a lot of those girls – really unfairly. I feel like [with the podcast], I can tell the truth and speak about what I want to speak about. It’s powerful to have that voice.”

Hilton has also taken on a very personal cause: the abuse of students in America’s private “behavioural” education system. Hilton was a victim of such abuse herself, she says, revealing in the 2020 documentary, This Is Paris, she had been subjected to strip searches, force-fed medication, watched in the shower and confined in isolation as punishment. 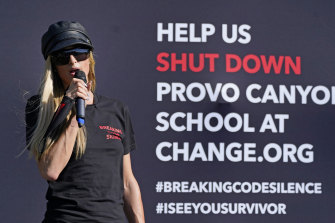 Paris Hilton leads a 2020 protest calling for the closure of Provo Canyon School in Utah, where she has testified she was abused as a student.Credit:AP

“Everything happens for a reason, and maybe I had to go through that, and maybe I was given this gift so that I could use my voice and make a difference, to stop it from happening to other children,” Hilton says. “In a way, this is my mission in life now. And it’s the thing that has the most meaning because I am making an impact.

“My whole life, it’s been a lot of fun and I’ve done a lot of stuff: The Simple Life, all that, and playing a character,” she says. “But that was just the fun part. This is something that’s really serious and making a difference in saving lives. That means everything to me.”

Hilton believes the public persona of Paris Hilton – the selfie-obsessed airhead – is one she created as a “coping mechanism” for the abuse she went through as a teenager at Provo Canyon School.

“It was just such a traumatic and horrible experience that I just didn’t ever want to think about it again,” she says.

“I think I invented this bubbly Barbie-type, perfect life fairytale, so I didn’t have to think about what had happened. And then it ended up being this whole brand, and then it became ‘me’, but it was never really me.

“I am actually a pretty shy person,” she says. “[This other persona] is a mask I wear … I’m just playing someone else. The real me is a lot more serious. I’m not a dumb blonde. I’m just very good at pretending to be one.”