The not so subtle hints people have given

We get the hint! Hilarious snaps reveal signs and messages from people whose strong point isn’t subtlety

It can be difficult to give a subtle hint when you’re feeling frustrated, as proven by these hilarious viral photos.

Diply rounded up a selection of photographs from around the world that show people being brutally blunt in a series of scenarios.

Among the amusing snaps was a single mother who advertised for a new partner via a sign on the back window of her car.

Elsewhere, an angry customer blasted a restaurant employee for getting their order wrong by writing a message on their plate using onions. 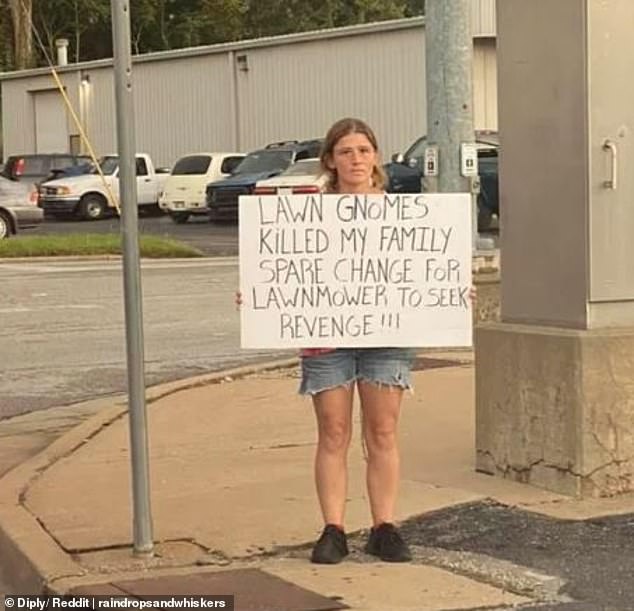 Diply picked out a selection of hilarious scenarios where people around the world have given not so subtle hints, including a panhandler believed to be in the US who promised to use any money donated for taking revenge 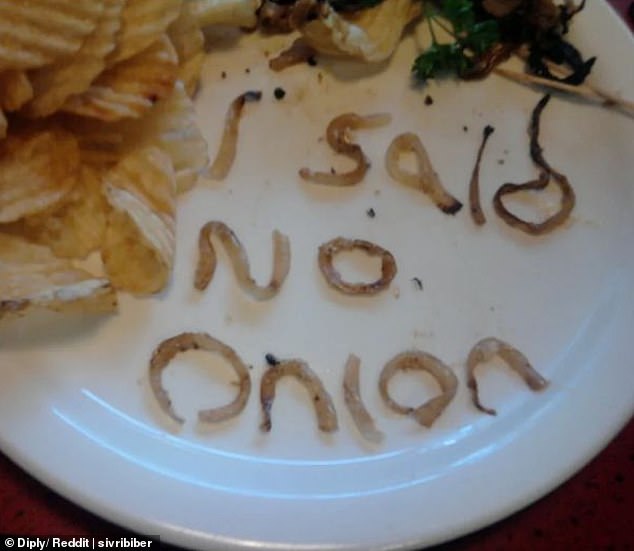 That told them! A diner who requested no onion in their dish made their annoyance known by spelling out a message using the unwanted ingredient 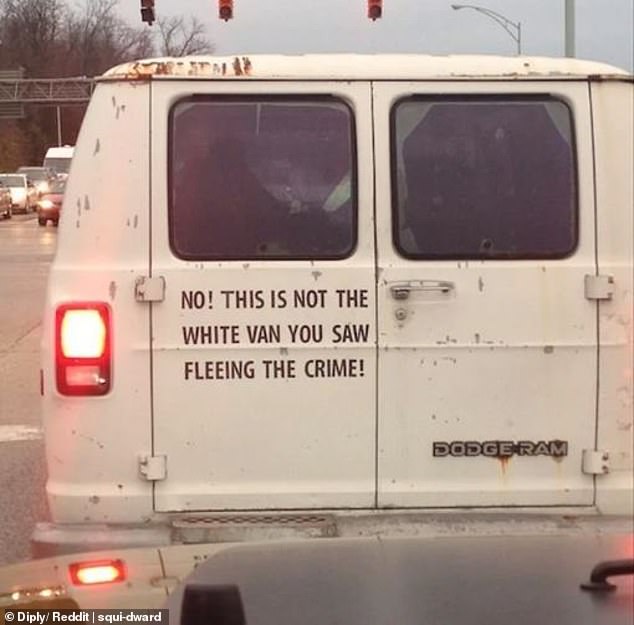 The look of guilt! The driver of a white van in an unknown location vented their frustration over the stereotype that the vehicles are always involved in something dodgy 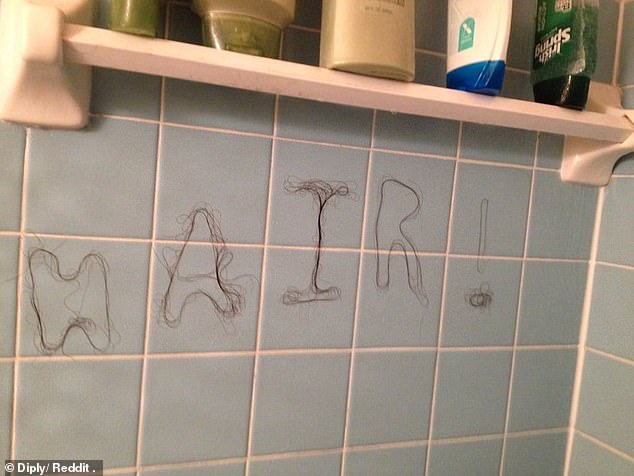 Bathroom battleground! One person who had enough of cleaning up after others in their household, used the hair from the plughole to leave a message 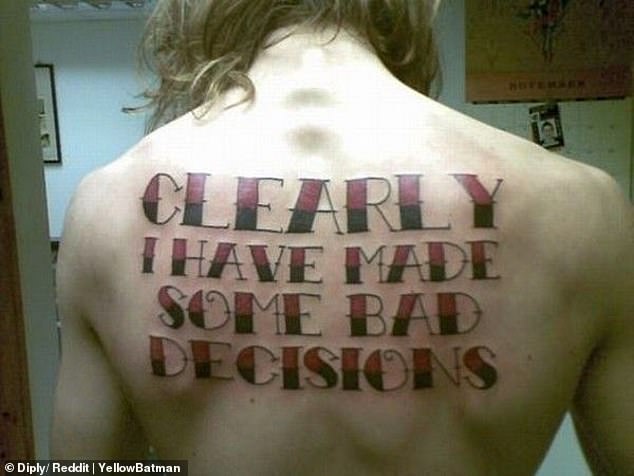 Is this the worst tattoo ever? A man inked a large note on his back admitting that he’s made a number of bad decisions 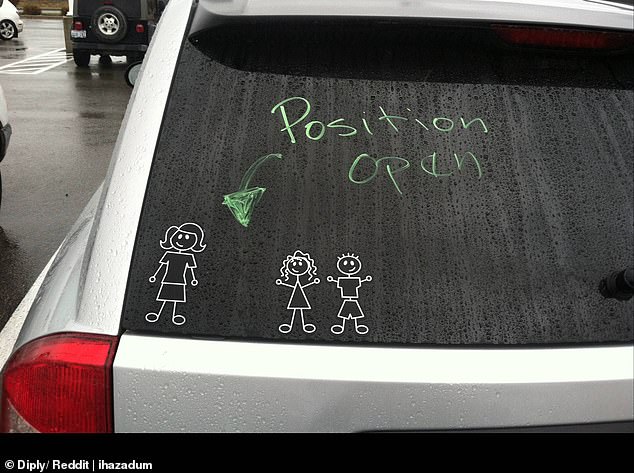 Who needs Tinder? One singleton illustrated their desperate need for a partner with a family of stick people on their rear car window 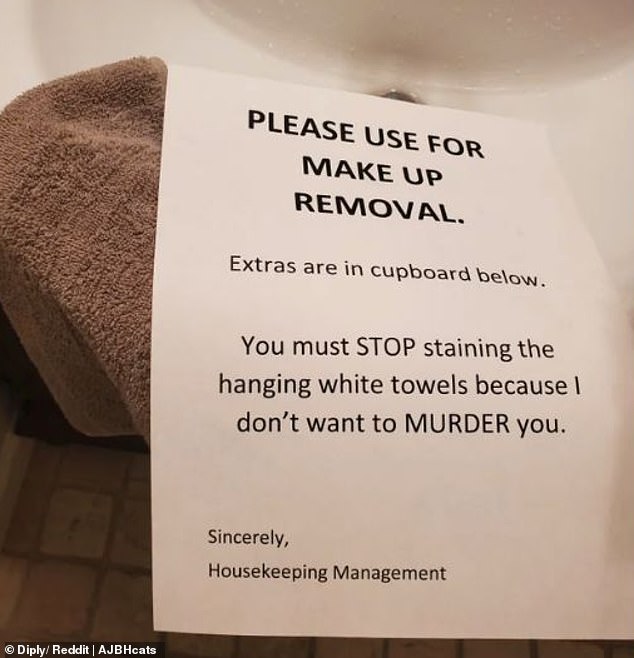 Death by towel! A housekeeper left a stern warning about staining the white towels with makeup 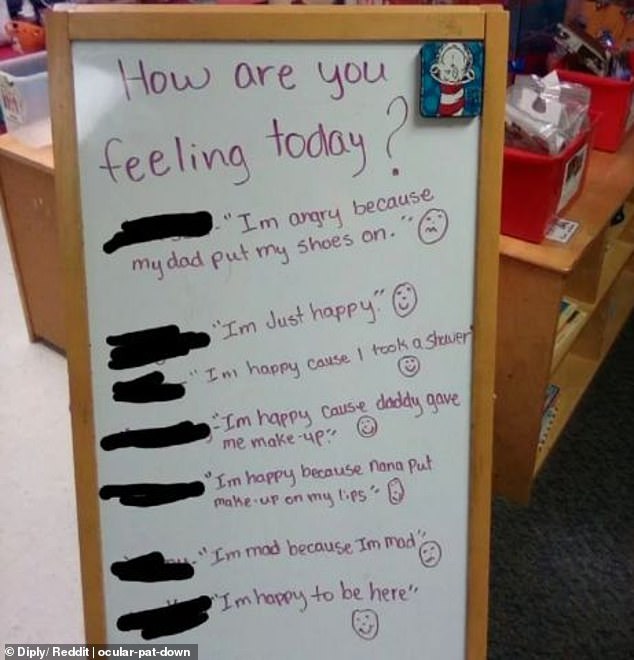 Honesty is the best policy! Students at a school believed to be in the US gave very detailed explanations for their emotions 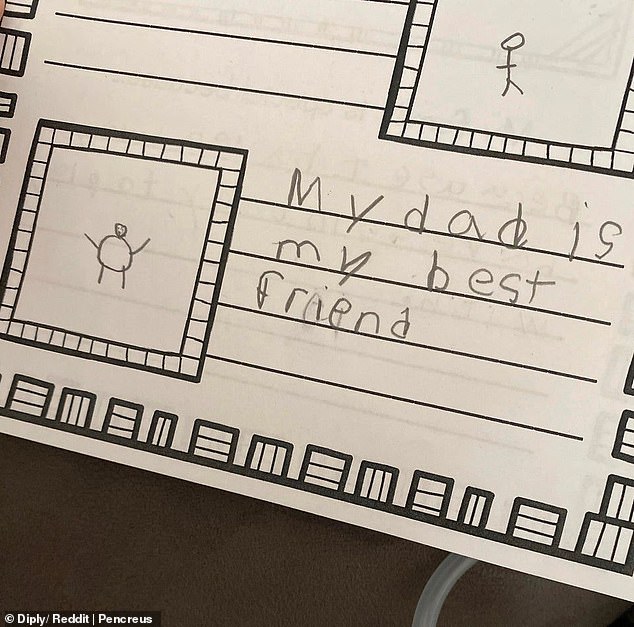 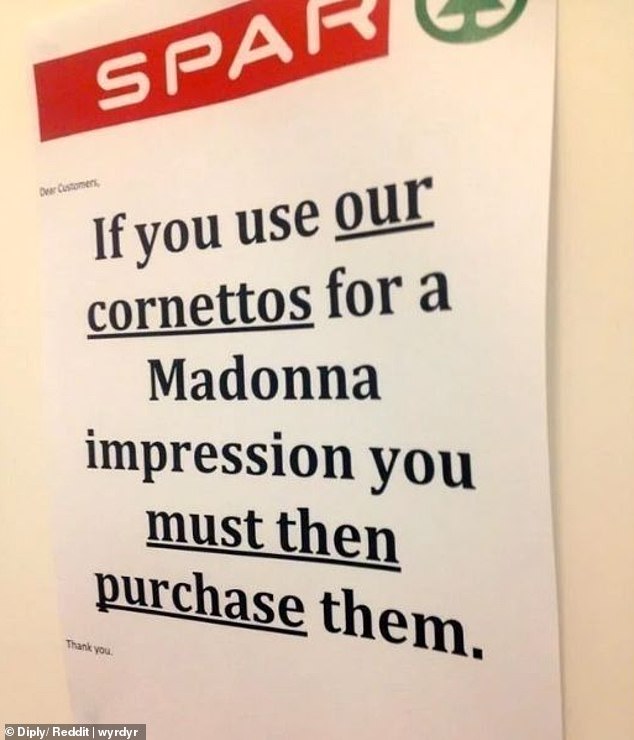 Hygiene first! A shop believed to be in the UK, warned customers that they would be made to purchase any Cornettos that they touch