'The Young and the Restless': Viewers Have Wanted Nate Hastings to Have a Major Storyline For a While

The Barber-Winters family is one of the core families of The Young and the Restless. However, only a few members of the family have been able to get solid storylines over the years, which is something fans have been upset about. One specific character, Nate Hastings, has been used as an example of a character that needs fleshing out for the past couple of years. 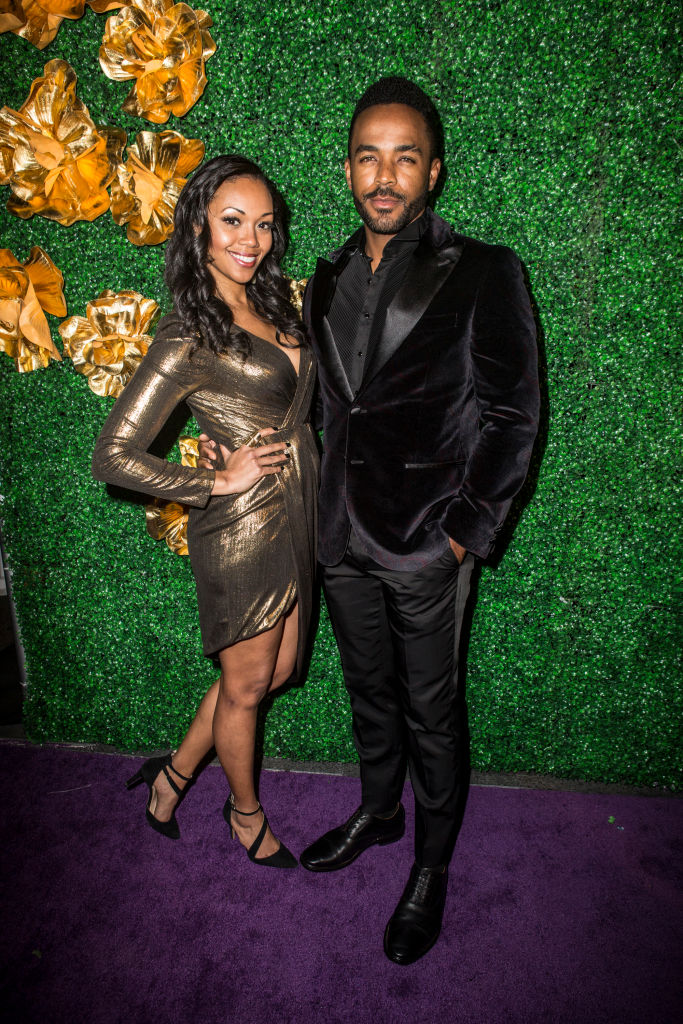 Who is Nate Hastings on ‘The Young and the Restless’?

Nate is one of the most integral members of the Barber-Winters family and is one of just three members of the family on the canvas right now, along with his first cousins Lily Winters and Devon Hamilton (who is adopted).

He is the son of Nathan Hastings and Olivia Barber, the sister of Drucilla Barber Winters. The character was first written into the story in 1992. From 1995 to 2002, three different child actors, Christopher Pope, Malcolm Hunter, and Bryant Jones, portrayed the character.

Walter Fauntleroy, who currently stars in Tyler Perry’s The Oval on BET, played the very first adult version of the character. However, he was only on the show in a guest-starring capacity, appearing in a handful of episodes in 2011. Years later, Darnell Brooks debuted in the role and this was the first time that an actor played the character as a series regular. Brooks was in the role for almost a year, from 2018-2019, before he was recast with Sean Dominic.

RELATED: ‘The Young and the Restless’: Christel Khalil and Bryton James Actually Knew Each Other Long Before the Hit Daytime Drama

In general, The Young and the Restless fans have always been upset with the show for not giving more storylines to the Barber-Winters family, as they are the only black family in the show’s history. While characters such as Neil, Drucilla, and Lily are iconic, overall, the show doesn’t present the family the way they do the Newmans, Abbotts and Chancellors.

It took over 25 years just for Nate to be a regular character on the show. Now that he is on the show, fans believe that he deserves to be a fully-fleshed out character with his only storylines. With Brooks and Dominic in the roles, Hastings has been a personal physician to both Nikki and Victor Newman. He’s also had romances with Abby Newman, and more recently, Amanda Sinclair.

RELATED: ‘The Young and the Restless’: How Is Devon Hamilton a Member of the Chancellor Family?

When Dominic was first cast in the role, many fans used this as an opportunity for them to air out their grievances. “Loved the other Nate and never understood why he wasn’t given a good story. Sorry to see him go BUT wishing the new Nate best of luck,” said one fan.

Another person tweeted, “The role of Nate Hastings is now being played by…. So what does this mean? If they recasted him does that mean they gonna give him something to actually do? He was really just there in everyone’s business #YR will he get his own storyline now otherwise what would be the point.” Someone else added, “Write a story for Nate Hastings Jr. Nate is the son of the legacy character, Olivia Winters. I thought Amanda and Nate a possible pairing. What happened with that? Nate should be in Amanda’s orbit, not Billy.”

In 2018, another viewer said, “It looks @YandR_CBS ruined Nate Hastings for real as one of the few Black male characters on daytime. A legacy character tarnished because of Victor’s greed. This is bulls**t. Nate with no real story or love life. He better not lose his license over this.”

Here’s what Sean Dominic says about being in the role

In an interview with Soaps in Depth, Dominic talked about how soaps are such an important part of television history. On interacting with longtime fans, he said, “They call them ‘their stories,’ so it’s something that is really personal to them,” he said. “When I went to my first fan event, unless they were very young, I didn’t meet anyone who has watched less than 30 years!”

Ya wanna Romp wit us??? Paintball was going down on Veterans day! @youngandrestlesscbs style! #ganggang #followmeonthisjourney

RELATED: ‘The Young and the Restless’: Here’s Why Everyone Hated the Victor and Sharon Marriage Storyline, Including the Actors

The actor continued, ” “I want to do my best for them and for the show. The show has been on for 47 years — it’s an iconic show! The intro to the show is iconic in itself! More than anything. I remember as a kid playing with toys, and somebody would turn on the TV and [“Nadia’s Theme”] would come on… it would turn your head! So I want to do my due diligence with Nate for the storyline, for the fans, for the show… and to be in the intro!”

The Young and the Restless airs weekdays on CBS.

END_OF_DOCUMENT_TOKEN_TO_BE_REPLACED

As Twitter tributes rolled in after Cloris Leachman’s death today, she was most remembered for a comedy career which lasted decades, cemented by iconic roles in “The Mary Tyler Moore Show” and “Phyllis” in the 1970s all the way up to last year’s “The Croods: A New Age.” But Leachman’s dramatic performance in Peter Bogdanovich’s 1971 masterpiece “The Last Picture […]

END_OF_DOCUMENT_TOKEN_TO_BE_REPLACED
We and our partners use cookies on this site to improve our service, perform analytics, personalize advertising, measure advertising performance, and remember website preferences.Ok