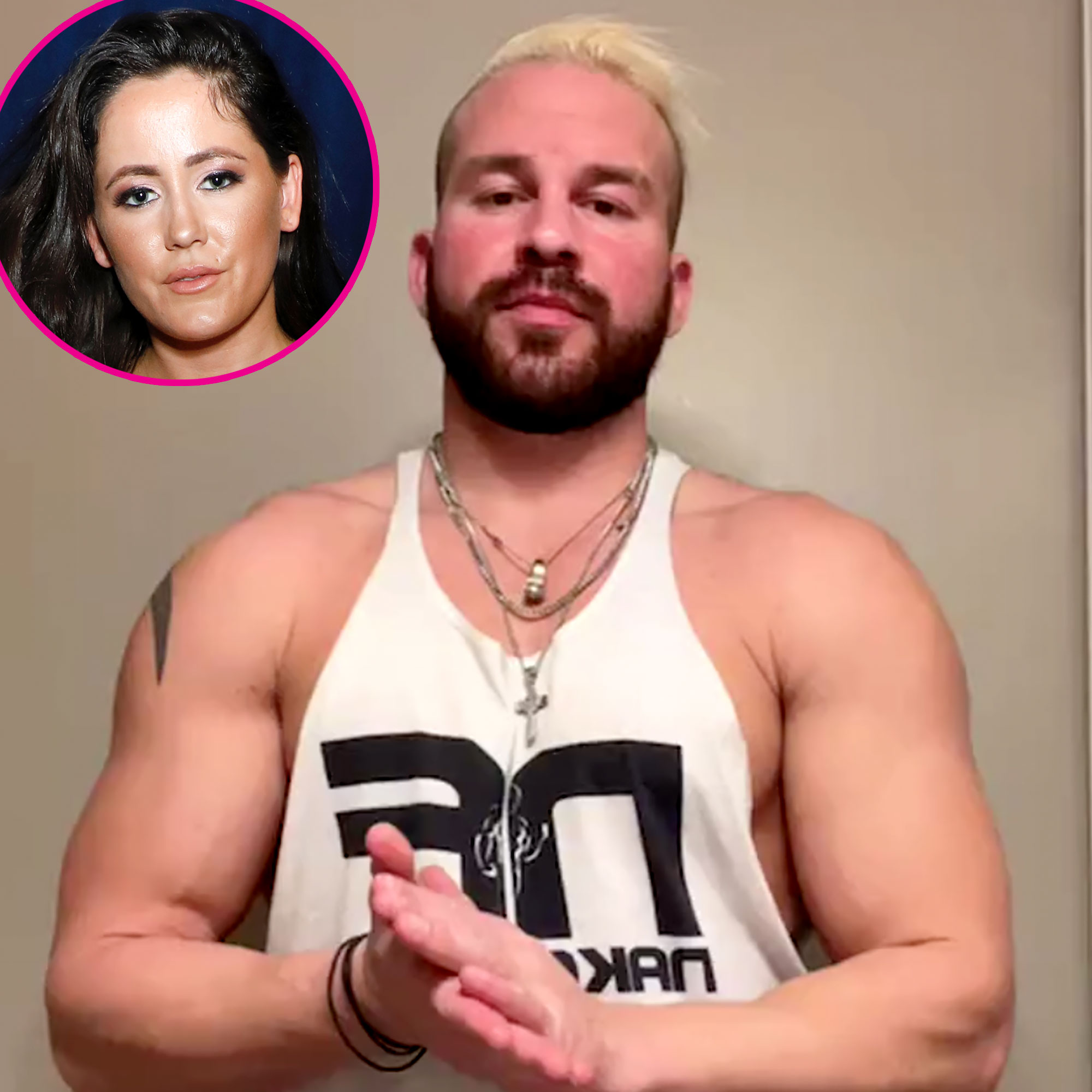 Moving on! Jenelle Evans’ ex-fiancé Nathan Griffith is off the market after secretly tying the knot with May Oyola last month.

Celebrity Weddings of 2022: See Which Stars Got Married

Griffith, 34, revealed via Facebook on Friday, May 6, that he “married May Oyola today” while updating his relationship status. The MTV personality has since deleted the milestone post.

Us Weekly confirmed on Monday, May 9, that the Teen Mom 2 star did in fact get married to Oyola — whose full name is Mayra Oyola — one week prior.

Celebrity Couples Who Got Married in Secret

The duo tied the knot on April 30 in Miami Beach, Florida, according to court documents. The pair received their marriage license earlier in the month.

Not much is known about Griffith’s new bride, but the docs revealed that Oyola was born in Argentina and currently resides in Miami, as does the reality star.

Griffith’s wife appears to be into music and loves the Philadelphia Eagles, per her Instagram profile. “Member of #eaglesnation🦅,” she teased on her social media bio, adding, “Music is my World 🎶.”

The Alpha Ego’s nuptials came as a surprise to many of his fans as Griffith doesn’t have any photos of Oyola on his social media pages.

Griffith was previously engaged to Evans, 30, with whom he shares 7-year-old son Kaiser. The personal trainer popped the question in January 2015, seven months after they welcomed their little one.

The pair called it quits in spring 2015 after Griffith was arrested on charges of domestic violence. The twosome briefly gave their relationship a second chance before Evans confirmed in August of that year that she had called off the engagement for good.

Evans is also the mother of son Jace, 12, with ex-boyfriend Andrew Lewis and daughter Ensley, 5, with husband David Eason, whom she wed in 2017. She reached a custody agreement with Griffith in October 2020 after many ups and downs.

“I feel like coparenting at such a young age is scary and hard to cope with. Not everyone is going to get along to begin with,” the North Carolina native told InTouch at the time. “Everyone has a little space to grow, and [I’m] super glad we can all be on the same page now. Kaiser is a lot more happy, and it’s a very positive change.”

The exes agreed to Evans retaining physical custody of Kaiser with Griffith having custody of their son every other weekend, according to court docs. The former Marine’s mom, Doris Davidson, will care for her grandson every fifth weekend.