There’s nothing like puppy cuddles! Liam Hemsworth is enjoying his relaxing weekend — with his faithful pooch by his side.

The Hunger Games star, 32, snapped a Saturday, October 8, Instagram photo with his dog, Dora. In the photo, a shirtless Hemsworth cuddled up to the dog in his backyard as she licked his face. 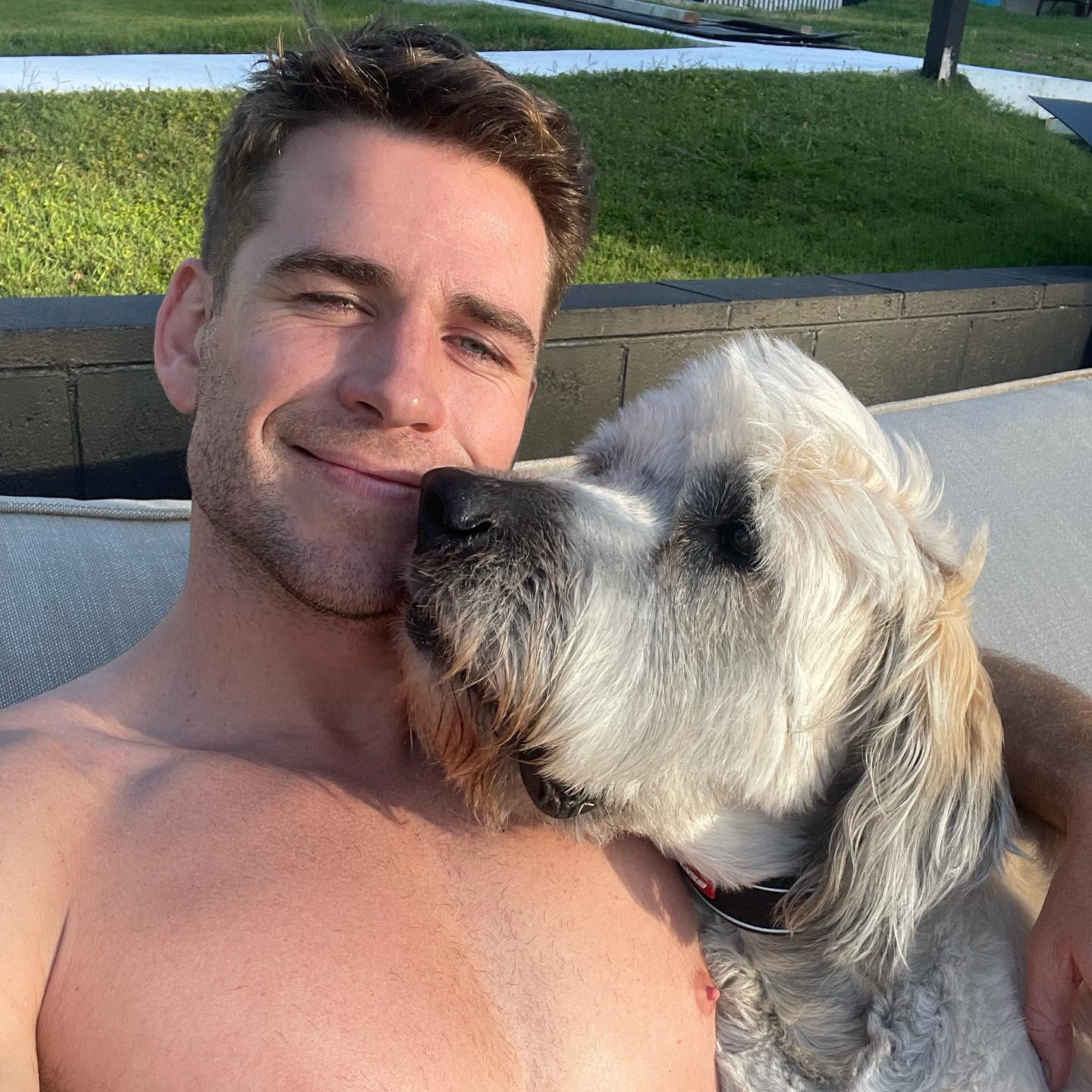 The Australia native’s Saturday snap soon caught the eye of several social media users. “Liam’s new era,” one Instagram follower replied. Another added: “How does this man get more beautiful with age. 😍.”

In Hemsworth’s social media photo, he appears to have gotten a short haircut and shaved off his recent beard. “The way I didn’t even recognize him,” one Instagram user replied.

The Last Song actor adopted his four-legged companion in November 2015. “New ‘gigantic’ rescue pup! Dora the Explorer,” he tweeted alongside a photo with the pooch.

Us Weekly confirmed at the time that Hemsworth’s now ex-wife, Miley Cyrus, helped him pick out the pup.

“Miley sent him a ton of photos — Liam was asking for photos of the dog being held,” an employee for Wylder’s Holistic Pet Center and Rescue in Los Angeles told Us. “Liam got back from China and literally came right to Wylder’s to take the dog home. The dog is super gentle and sweet and took right to Liam, despite being afraid of men in the past.”

“@hemsworthluke captured this moment of me and my best friend Dora. Good god I love this dog,” the actor captioned a November 2019 Instagram photo, referring to his older brother Luke Hemsworth.

After posting the photo with his pup, Liam’s Isn’t It Romantic costar Adam Devine called it the epitome of a “thirst trap” portrait. “I just googled thirst trap. 100% true ;),” Liam jokingly replied.

While Dora is the main pet in the Dressmaker actor’s life right now, he used to raise a menagerie of pets with the 29-year-old “Wrecking Ball” songstress. When the former couple eventually split in August 2019, they intended to split custody of their pets.

“Liam and Miley have agreed to separate at this time,” a rep for the Hannah Montana alum told Us Weekly in a statement at the time. “Ever-evolving, changing as partners and individuals, they have decided this is what’s best while they both focus on themselves and careers. They still remain dedicated parents to all of their animals they share while lovingly taking this time apart. Please respect their process and privacy.”