'This Is 59!' Lisa Rinna Celebrates Birthday With Sexy Bikini Photos 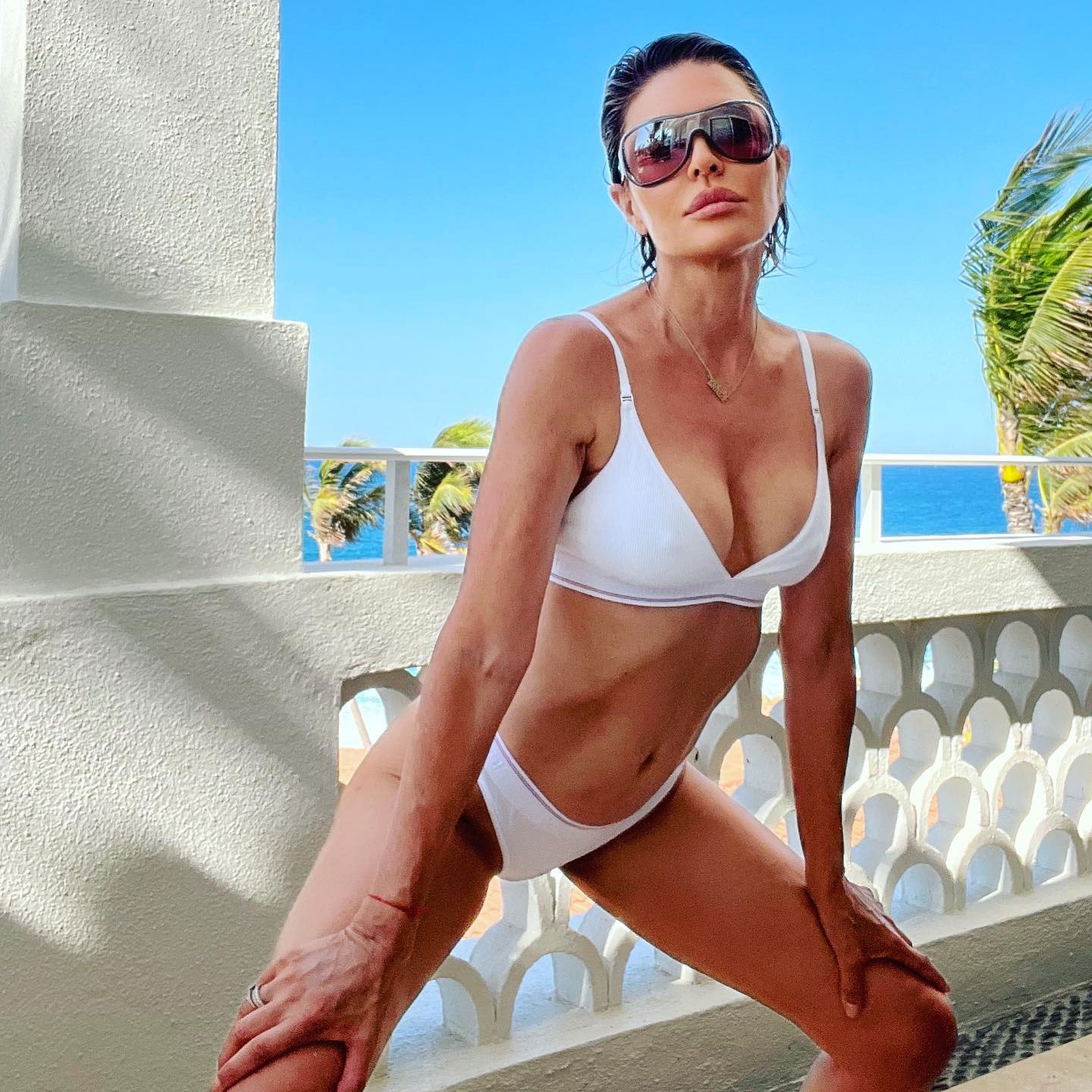 Lisa Rinna is looking good! The Real Housewives of Beverly Hills star celebrated her 59th birthday with a series of sexy bikini photos via Instagram.

See the Hottest Celebrity Bikini Moments of 2022: From Chrishell Stause to Doja Cat

“Another trip around the sun. This is 59,” the actress captioned a carousel of images on Monday, July 11. In the photos, Rinna is seen rocking an animal print bikini paired with a coordinating bucket hat. The Days of Our Lives star showed off her bikini body, posing against a balcony in what appears to be a tropical location.

In addition to Amelia, 21, Rinna and husband Harry Hamlin are the parents of daughter Delilah Belle Hamlin.

The Rinna Beauty founder shared an additional bikini shot a few hours later, slipping into a white two-piece. The Melrose Place alum showcased her modeling skills, squatting down with her hands resting on her thighs. Giving the look even more drama, Rinna wore her hair slicked back and donned oversized sunglasses. She captioned the post “🎂 59.”

“Like how,” wrote Delilah, 24, in the comment section. Actress Holly Robinson Peete commented: “Happy birthday sis looking amazing and fierce as ever!🔥 🔥🔥🔥” 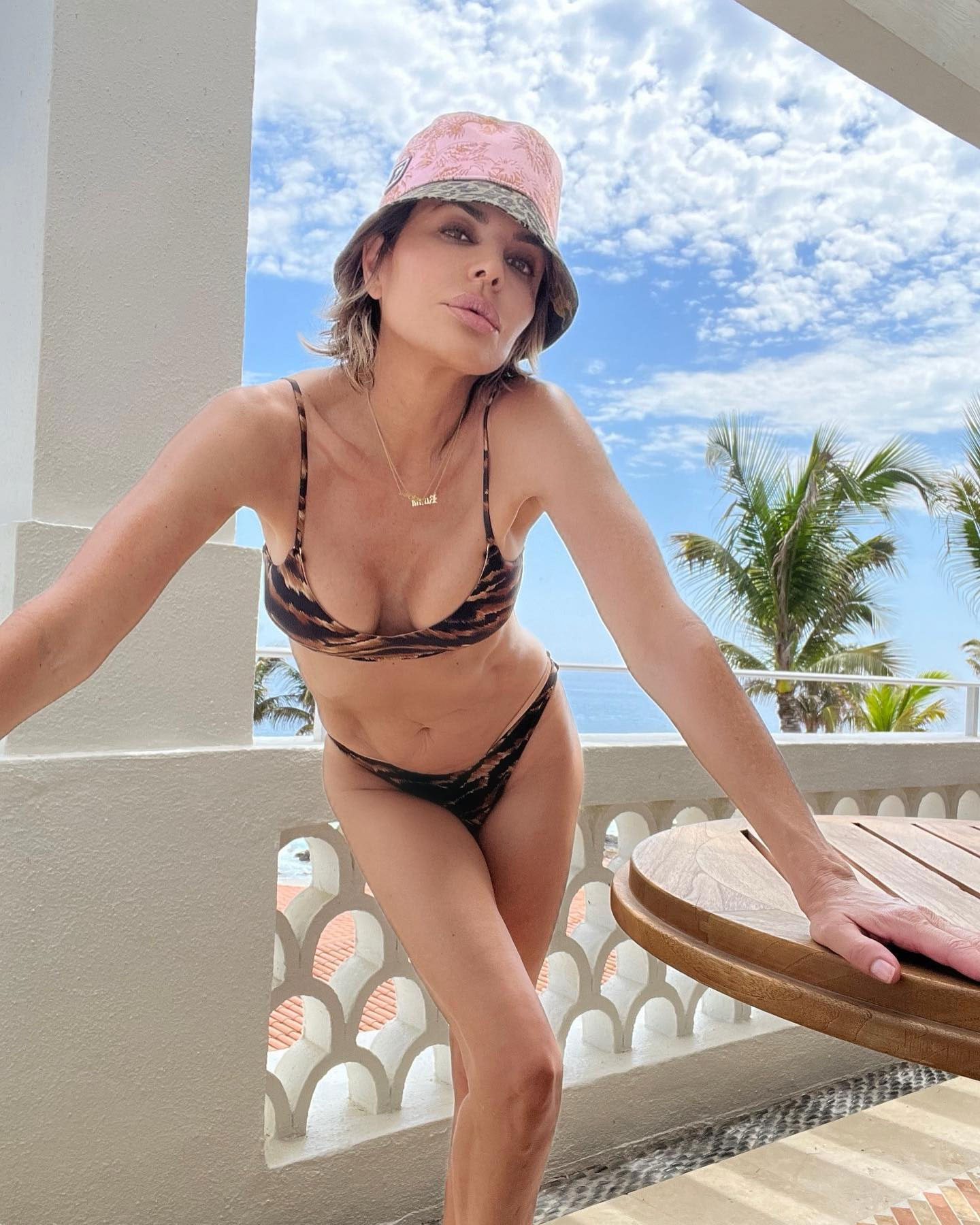 Rinna’s birthday festivities come after the Bravo star found herself in hot water for lashing out at fans and making racially insensitive remarks. She explained in a statement via social media that the pain over her mother’s death is to blame. (Lois Rinna died at age 93 in November 2021)

“I have had a really rough time of it I think you’ve seen how hard this has hit me,” she wrote via Instagram on July 5, alongside a quote about grief. “I’m sorry if I’ve raged on you, about you — it really has nothing to do with any of you.”

About Last Night: See the Best Dressed Stars on the Red Carpet and Beyond

The reality star went on to admit that she was “really struggling” and that she “never thought” she would experience such grief that manifested into “so much more” than “sadness and pain.” She then thanked fans for showing her such “patience, love and support.”

“I know it’s not easy to have warm fuzzies for me right now, but I’ll get through this and hopefully come out the other side stronger and better,” she concluded the post.

The Harry Loves Lisa alum came under fire for racist allegations after clashing with costar Garcelle Beauvais during an episode of the Bravo series.

“We fight on our show if we fight with Garcelle we are all of a sudden called racist,” the actress shared via a since-deleted Instagram Story on June 30. “That’s bulls—t. I will not accept that. I will express myself when and how I want, and I am not afraid of any of you hoes.”