Time to break the royal ties and commemorative china?

I'm not gonna lie. I've always had a latent hope that Prince Harry would one day "Steven Bradbury" his way to the British throne.

Look, it's possible. Say Liz carks it (certain), Charles develops an incurable case of athlete's foot that prevents him from fulfilling his royal duties abroad (retires immediately), the Cambridges decide they've had enough of royal life and move to Guam to raise their young family away from the spotlight (unlikely, but you'll agree possible). 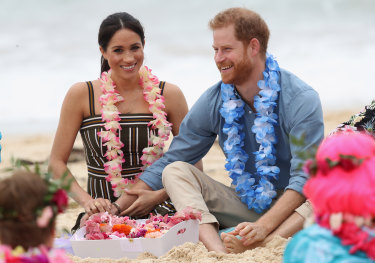 Eventually, Harry becomes King. Meghan becomes Queen. I buy the commemorative coronation crockery and when they tour Australia we collectively forget how their country brutally colonised ours because Haz and Maz are fun and modern and that all happened 200 years ago get over it would ya, jeez!

My hopes, alas, were all but dashed this week with the news that Harry and Meghan want fewer royal duties, not more. Suddenly, I'm contending with the prospect of Charlie Windsor becoming our head of state and staying our head of state for an inordinate amount of time because I hear they have quite good cures for athlete's foot these days. 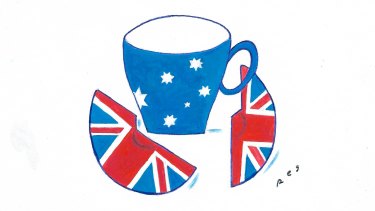 I don't have a personal gripe against Charles Windsor (even though I have watched enough who-killed-Diana documentaries to have some serious questions about his general conduct in the decade that followed 1985). By some accounts, at least, he's a nice enough chap. That being said, I don't particularly want the man to be our head of state. In fact, I don't want any member of the British royal family to be our head of state and now, as Harry and Meghan part ways with the royal fam, perhaps it's time we did too.

I see your slightly furrowed brow. "What are you saying, Jan Fran? Are you advocating that we become a republic in the pages of this here esteemed newspaper?"

Well, um, yeah, I guess I am. Or I'm at least advocating that we talk about maybe, possibly, feasibly becoming a republic one day soon, preferably while Queen Elizabeth II is still alive and preferably before the planet caves in on itself and the One Percent moves to Elysium, which, by my very rough calculations, appears to be about a decade away.

In short, I have been bamboozled by the royal public relations machine that spins and turns and grinds and shows me pictures of Kate Middleton's 10 best outfits.

As Australians, we've lived with royal tours and Queen's messages and Duke of Edinborough awards our entire lives. We all remember where we were when Princess Diana died (visiting relatives and my parents didn't even care enough to leave. Rude!). We broadcast royal weddings and royal funerals and royal babies. We're extremely on board with the British monarchy, so much so that in 1999 we firmly voted to remain part of said monarchy. If it ain't broke, we thought, why fix it? 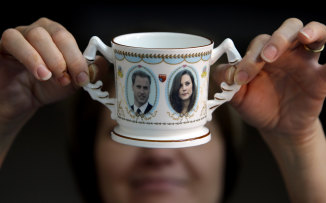 Well, maybe it is a little … broke.

Maybe inheriting immense power and status and money and land while taxpayers fork out for your home renovations has always been a little … broke. Maybe Australia having an unelected head of state living in an entirely different hemisphere is a little … broke. 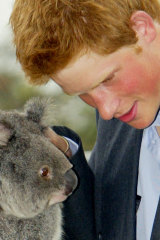 I get that we've had a solid, stable presence in Queen Liz for almost seven decades and, to some, that's comforting, especially given the Cursed Canberra Carousel that six different prime ministers have ridden this decade (haha), but Elizabeth has got a handful of years left as monarch. She will eventually step down and we should eventually step away.

You see, becoming a republic is less about the British monarchy and more about us. About who we are as a country. Who we are as a people and a place. It's about acknowledging the true owners of the lands on which we walk; it's about staring into our dark past and using the present to forge a brighter future, one that is ours. Becoming a republic is our coming of age – a 21st birthday 60,000 years in the making.

I, for one, am looking forward to amassing even more fine bone china with depictions of miscellaneous royals and I am even more looking forward to sipping a hot English breakfast tea from said china, content in the knowledge that our head of state is an Australian who lives in the Republic of Australia.

Journalist Jan Fran is a TV presenter and commentator.