"By the time we made the third one, we proved that it wasn't such good commerce."

Tom Hanks just defended two of his biggest roles; his work as Robert Langdon in “The Da Vinci Code” and its sequels and “Forrest Gump.”

In a new interview with the New York Times, the “Elvis” star was asked whether he considered it “a little cynical” to make the two followup films to 2006’s “The Da Vinci Code,” referring to “Angels & Demons” in 2009 and “Inferno” in 2016. The first film was a massive success, pulling in $760 million against a $125 million budget. Its sequel earned around $485 million against a $150 million budget, while “Inferno” paled in comparison with $220 million. The third film’s budget, however, was only $75 million.

Overall, they were all box office successes, but even Hanks can admit it was a case of diminishing returns. 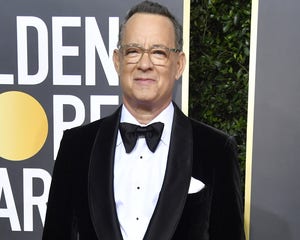 “Oh, God, that was a commercial enterprise. Yeah, those Robert Langdon sequels are hooey. ‘The Da Vinci Code’ was hooey,” he said when asked the “cynical” question. “I mean, Dan Brown, God bless him, says, ‘Here is a sculpture in a place in Paris! No, it’s way over there. See how a cross is formed on a map? Well, it’s sort of a cross.'”

“Those are delightful scavenger hunts that are about as accurate to history as the James Bond movies are to espionage. But they’re as cynical as a crossword puzzle. All we were doing is promising a diversion,” he continued. “There’s nothing wrong with good commerce, provided it is good commerce. By the time we made the third one, we proved that it wasn’t such good commerce.”

He further defended his experience by explaining how he celebrated his “40-something” birthday on set.

“We were shooting in the Louvre at night. I changed my pants in front of the Mona Lisa! They brought me a birthday cake in the Grand Salon! Who gets to have that experience?” he exclaimed. “Any cynicism there? Hell no!” 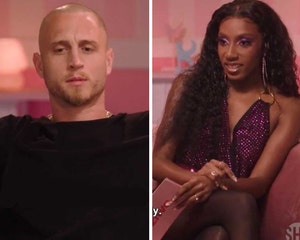 “Your movie was held up as this totem of boomer nostalgia and the other movie was the fresh new thing,” noted NYT’s David Marchese — which Hanks agreed was “not inaccurate.” The actor, however, also said he believes the film “overcame its nostalgic impulses.”

“The problem with ‘Forrest Gump’ is it made a billion dollars. If we’d just made a successful movie, Bob and I would have been geniuses. But because we made a wildly successful movie, we were diabolical geniuses,” he explained. “Is it a bad problem to have? No, but there’s books of the greatest movies of all time, and ‘Forrest Gump’ doesn’t appear because, oh, it’s this sappy nostalgia fest.”

“Every year there’s an article that goes, ‘The Movie That Should Have Won Best Picture’ and it’s always ‘Pulp Fiction.’ ‘Pulp Fiction’ is a masterpiece without a doubt,” he continued, before pointing to the “undeniable heartbreaking humanity” of the scene in which Gary Sinise’s Lieutenant Dan walks into Forrest and Jenny’s wedding with his “magic legs.”

“I might get weepy thinking about it now. Forrest and Lieutenant Dan in those four words — ‘magic legs’; ‘Lieutenant Dan’ — understand all they had been through and feel gratitude for every ounce of pain and tragedy that they survived,” said Hanks. “That’s some intangible [expletive] right there. That is not just running along to Duane Eddy’s ‘Rebel Rouser.'” 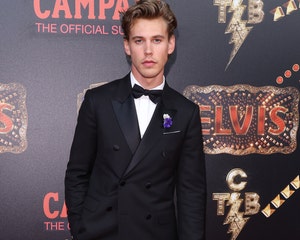