Sonya Deville‘s coming out experience was certainly a memorable one.

The Total Divas star swung by Daily Pop today and opened up about how she went from being in the closet to out-and-proud on national television. While Deville happily showcased her journey on Total Divas, which included her relationship with girlfriend Arianna Johnson, she admitted it’s taken years to get to this point.

Per Deville, four years ago, while taping WWE Tough Enough she was asked by Triple H if she was in a relationship. Even though this seemed like a simple enough question, it proved to be a complicated one for the now 26-year-old wrestler.

“For me, I wasn’t openly gay at that time and I had a girlfriend. So, what’s going through my mind in that moment is, ‘Do I lie? No, I can’t lie. My girlfriend will kill me when I get home.'” Deville shared with co-hosts Justin Sylvester and Carissa Culiner. “So, I’m like, ‘Well, I have to tell the truth, right?’ So, I was like, ‘Uh, yeah, I have a girlfriend. But, not a wife yet.’ And got really awkward and gave like a really cringe answer.”

Apparently, it was the WWE legend and executive producer who alerted Deville to the fact that she came out on national television.

Thankfully, Deville’s mom assured her that it would all be “fine” and “great.” And, she was right! 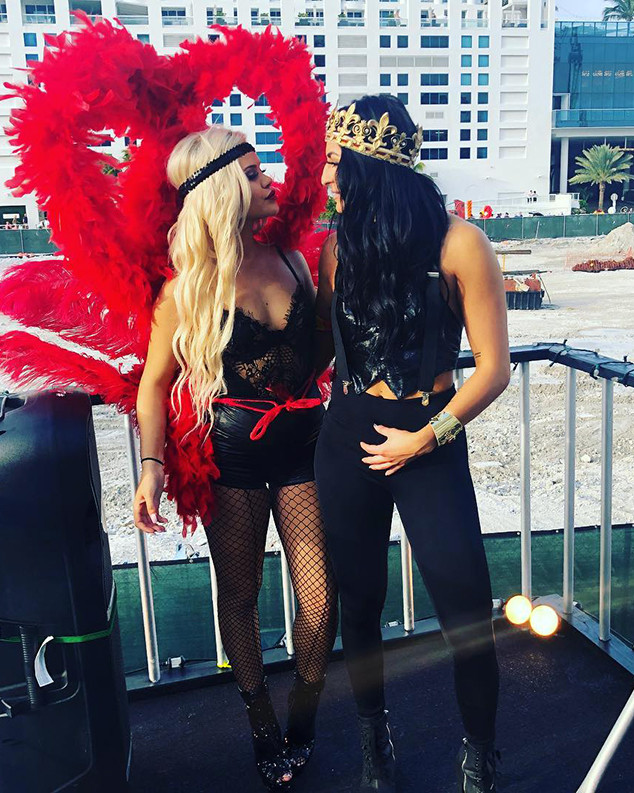 As Deville highlighted during her Daily Pop sit down, coming out allowed her to become more comfortable with her sexuality.

“It forced me to be true with myself. In that moment, I was put on the spot and I had to tell my truth,” Deville expressed. “From then on it was like, ‘Wait, now I have to live my truth, ’cause everybody knows.'”

Furthermore, Deville said she hopes her story will “help” and “inspires” others.

Watch Sonya share her coming out story with Justin and Carissa in the video above.

Also, be sure to watch the Total Divas season nine finale HERE!