Workers at Toll Group kicked off the first of a wave of strikes expected across the industry in the coming weeks, putting pressure on Woolworths’ stores across Greater Sydney that rely on the trucking giant for deliveries.

Thousands of Toll staff walked off the job at 12.01am on Friday for 24 hours, testing supply chains for everything from food to fuel and parcels already stretched by COVID-19 screening and permit rules and increased demand for online deliveries from locked-down households. 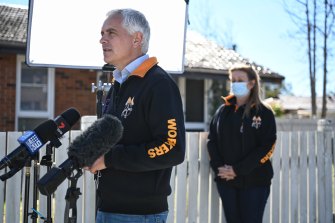 The Transport Workers Union is already preparing for strikes at three other major transport groups – Linfox, StarTrack and FedEx – that could further strain supplies as the union pushes for higher pay and less outsourcing across the industry.

But major retailers that rely on Toll for deliveries said the trucking group had contingency plans in place and they would work to ensure minimal disruption to customers.

Toll, the largest trucking company in the country, has offered its employees a 2 per cent annual wage rise on pay packets that average $95,000 a year and says it has reduced its use of casuals and contractors by 30 per cent over the past three years. The union wants outsourcing to lower-paid contractors restricted to no more than 30 per cent of Toll’s fleet.

Strikes on this scale have not been seen for at least a decade in the trucking industry. They are unrelated to threats by some rogue truckers to strike or block routes on Tuesday over coronavirus testing rules and concerns about the possibility of mandatory vaccinations.

The TWU had planned to unleash “industrial chaos” in 2020 through co-ordinated strikes in the road transport and aviation sectors but that plan was derailed by the COVID-19 outbreak. It forced the union to ditch its plans for aviation and delay them for truckers until the consequences of the pandemic were better understood.

“The effects of the virus on road transport have become crystal clear: transport supply chains are pumping, they are fuelling bumper profits at entities like Amazon,” TWU national secretary Michael Kaine said.

Amazon is at the forefront of technological change, using online scheduling to outsource blocks of deliveries to contractors, who do not have the same pay and conditions as employees.

Mr Kaine said companies such as Toll should not try to compete with Amazon on cost but instead lobby the federal government for change. He claimed Toll had pursued the right to contract out between 40 and 50 per cent of its work in each state, which would “devastate” job security. 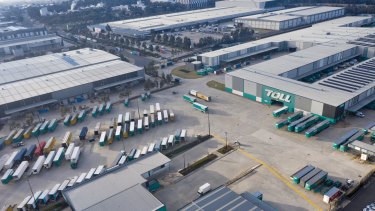 But Alan Beacham, the president of Toll’s global express division, said any suggestion the company was trying to outsource more work was a “blatant lie”.

“Toll employees have the best pay, conditions and job security in the entire industry, and Toll has not sought to change any of those conditions and protections,” he said in a statement.

An Amazon spokeswoman said its drivers were paid according to NSW and Victorian rules for owner-drivers and cited statistics suggesting they enjoyed the flexibility of working around other jobs or family commitments.

Because of its size, Toll is used by many of Australia’s largest retailers, including Woolworths, Coles, Bunnings and 7-Eleven.

Woolworths is more exposed than some as Toll does the bulk of the supermarket giant’s deliveries to stores in Greater Sydney, including the Central Coast and Blue Mountains, and North Queensland. Outside those regions, it will not be affected.

“Toll has assured us it has solid contingency plans in place to continue servicing our stores across Greater Sydney throughout the 24-hour strike,” a Woolworths spokesman said. “Our teams will do the very best they can to navigate the challenges … and minimise the disruption to our customers from this industrial action.”

Wesfarmers chief executive Rob Scott said on Friday morning the strike had yet to affect stock levels at its businesses, which include Bunnings, Officeworks and Kmart.

“Obviously, it’s a broader concern going forward for the market, but as relates to our businesses, we’re not seeing any major issues at this stage,” he told reporters.

Coles declined to comment and a 7-Eleven spokesman said it did not expect any impact from the strike because fuel sales had been reduced by lockdowns.