Rachel Lindsay deletes Instagram due to harassment from Bachelor Nation

They may not be dating the same man anymore, but two “Bachelor” ladies clearly share the same sense of style.

“Alright, who’s changing?” Galvin joked in an Instagram post before the show; Heringer commented, “but I want to be just like you,” along with a series of crying and laughing emojis.

While the pair both opted for NBD’s aptly named “Your Time Is Up” dress ($208), which is now sold out, Heringer accessorized with clear Steve Madden heels ($99.95) and Urban Block’s Initial Love Lock necklace ($56), while Galvin opted for black strappy Jeffrey Campbell sandals ($135).

It wasn’t the season’s first matching moment, as contestants Alana Milne and Anna Redman both started their search for love wearing the same red Nookie dress from Revolve on night one.

Bachelor Nation alum Demi Burnett, who first appeared on Colton Underwood’s season in 2019, opened up about the franchise’s accidental twinning moments in January, revealing they aren’t always a coincidence.

“The producers tell you which of the dresses they think you should wear, so they probably wanted to stir something up,” she told Us Weekly of the first episode’s style snafu. 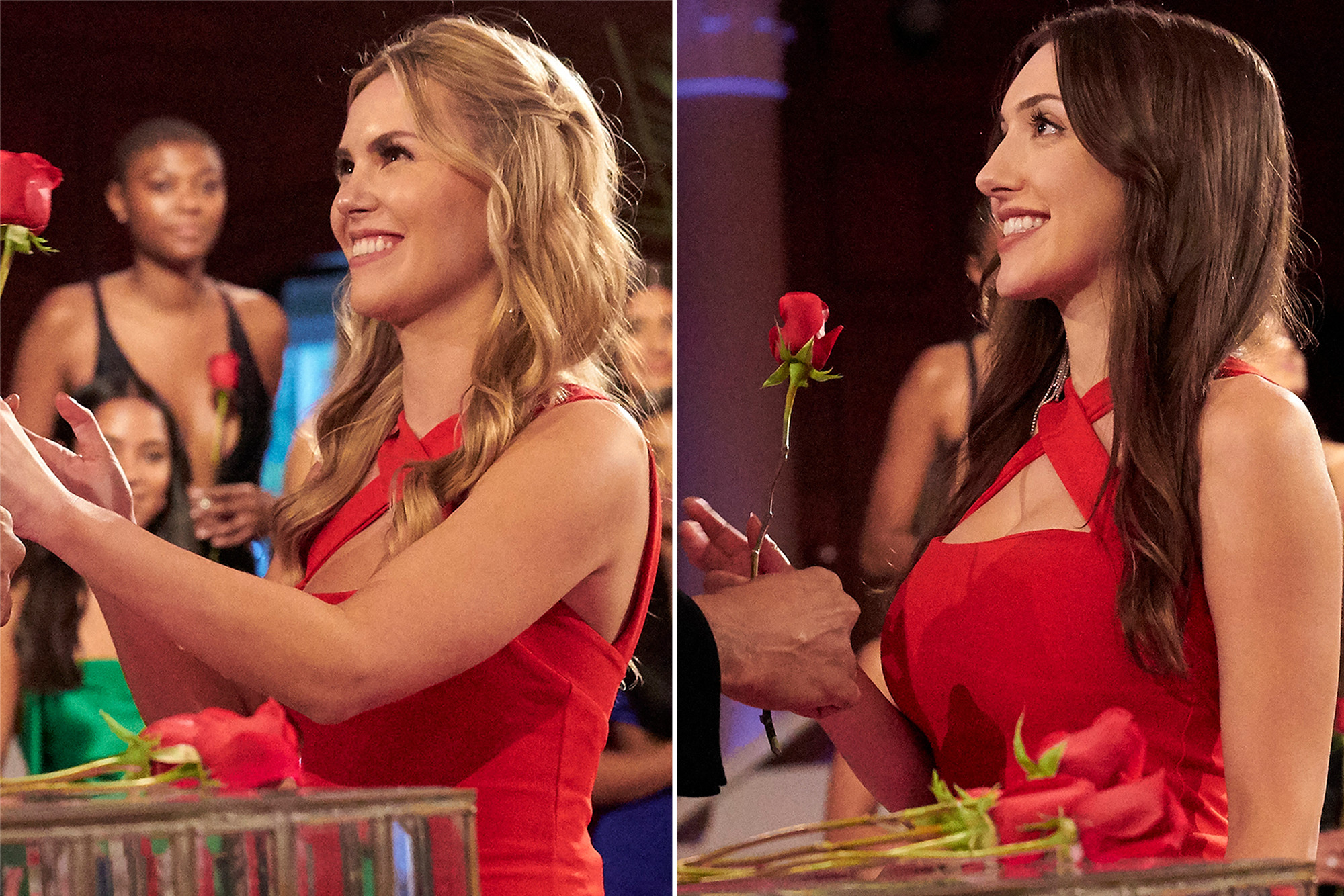 While it’s unclear whether Heringer and Galvin intentionally sported the same style, viewers noted that the pair was seated together during the show.

“Not only did producers let Abigail and Brittany show up in the same outfit, but they put them next to each other! The devil works hard, but the Bachelor producers work harder!” one fan tweeted.

During the tell-all “Bachelor” reunion, Galvin received an apology from Anna Redman, who spread a rumor that the Chicago-based model was working as an escort.

As Matt James reunited with all of the eliminated contestants, he offered his own apology to “Queen” Victoria Larson following the polarizing contestant’s less-than amicable exit.

While the pre-recorded special was led by embattled “Bachelor” host Chris Harrison — who recently apologized for speaking in “in a manner that perpetuates racism” during an interview — former NFL linebacker Emmanuel Acho is set to host the upcoming “After the Final Rose” episode.