‘Two pairs of tights’: How Harvey Weinstein’s assistants tried to protect themselves 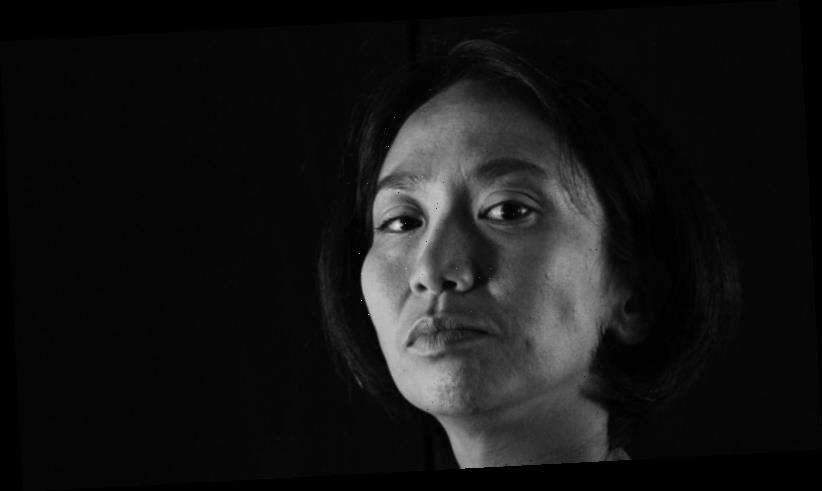 Rowena Chiu is not famous, and for nearly 20 years she kept a big secret to prevent herself from
becoming so, for all the wrong reasons.

The 45-year-old once worked as an assistant to Harvey Weinstein, a boss with the sort of reputation that meant she “always wore two pairs of tights” when she knew she had to be alone with him. 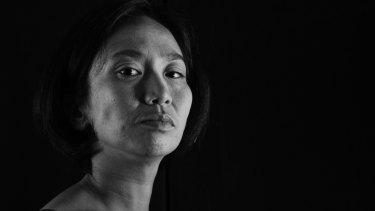 “I was pretty terrified 20 years ago,” she says now.

“It took a while to get to a place emotionally where I was ready. That mattered to me more than legal repercussions and public scrutiny.”

The secret was so deeply hidden that the first Chiu’s Sydney-born husband Andrew knew about it, was in 2017, when New York Times journalist Jodi Kantor turned up on the couple’s driveway in California. By then Andrew and Rowena had been married for a decade.

Chiu knew the gig was up, but it would still be another two years until she was ready to tell her
story publicly, for the book She Said, which Kantor and her colleague Meghan Twohey wrote about their Pulitzer-award winning investigation into Weinstein’s alleged sexual predation.

They hinted they knew where I lived and I feared they would have me followed. That was more scary than any court.

Now, with the support of her family (husband Andrew has said he is "in awe" of his wife's bravery), the mother-of-four is slowly telling her own story.

The Sydney Morning Herald and The Age are the first Australian outlets she has spoken to, and every time she talks, she risks being sued, a threat Weinstein has already made through his lawyer, Donna Rotunno. 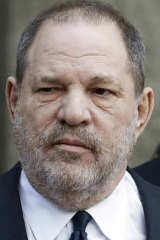 “The fear is very strong. We are technically still under the NDA. It is eternal, there is no date we are released from our obligations,” she says.

“They hinted they knew where I lived and I feared they would have me followed. That was more scary than any court. It is all part of a system that conspires to keep women silent.”

The #metoo movement has been criticised for focusing on white, privileged women, and that focus
was one of the reasons Chiu chose to speak out.

As an Asian woman (she is British-born Chinese), she feels a responsibility to talk about something which is particularly taboo in her culture.

“In overseas Chinese society, rape and sexual assault are hard to talk about,” she says.

Weinstein himself “made explicit racist comments”, commenting on how he’d never had a Chinese girl, Chiu recounts.

"Harvey Weinstein told me he liked Chinese girls. He liked them because they were discreet, he said — because they knew how to keep a secret," Chiu wrote in an opinion piece published in The New York Times in October.

Chiu, who has a literature degree from Oxford, describes eloquently the mixture of enablement and grooming that allowed Weinstein to allegedly serially rape and assault women.

“We all knew he was difficult. Many people believed he was unfaithful to his wife,” she tells the Herald and The Age.

“He wasn’t a good guy, but few believed he was a serial rapist.”

Weinstein worked under the cover of a powerful “creative genius”-type, known for his nasty temper and idiosyncratic work habits. He kept long hours, and often worked out of hotel rooms. The context made his alleged abuse easier.

“Sometimes reporters say: ‘She was in the hotel room late at night’ and it sounds salacious, like you were there for a drink,” Chiu says.

“But it was the office. He worked until 2am. I was expected to be in the hotel room late at night.”

Chiu says Weinstein would sometimes be naked while they worked. He segued “with sinister logic”
between work and personal topics. He would promise to help the young graduate’s career if she did
things he wanted, like massage him.

“It was a barter, a trade. He wasn’t afraid of the stick, as well as the carrot. He would say you would never work again. He cajoled.”

Chiu was warned she would have to handle Weinstein “robustly”.

“It was talked about among female assistants: ‘He is going to be in the nude’. But I think there is a difference between talking about your male boss as a bit of a pest, and thinking he is a serial rapist who would hold you to a bed or to a wall,” she says.

“You can normalise quite extreme behaviour to an extent, but you think you will escape.”

Chiu did escape being raped, but the toll of the trauma, which was compounded by the secrecy of the NDA, was huge. Twice she has tried to take her own life. After leaving Miramax, no one would hire her, because of the murky nature of her departure.

She did a brief stint back at the company, far from Weinstein, but where he could still keep an eye on her.

Eventually Chiu left the film industry, and she now works in international development at the
World Bank. She will be watching with interest in January, when Weinstein fights rape and sexual assault charges at a Manhattan trial, but says she can’t comment on it. For now.

END_OF_DOCUMENT_TOKEN_TO_BE_REPLACED

END_OF_DOCUMENT_TOKEN_TO_BE_REPLACED
We and our partners use cookies on this site to improve our service, perform analytics, personalize advertising, measure advertising performance, and remember website preferences.Ok