Tekashi 6ix9ine’s quest for fame turned him ‘into a monster,’ doc director says

A pair of publicists are suing Tekashi 6ix9ine for robbing them at gunpoint two years ago — with the help of four cohorts — and videotaping the terrifying ordeal, according to a complaint filed Tuesday in Manhattan federal court.

The lawsuit says Seketha Wonzer, of Texas, and Kevin Dozier, of New York, were ambushed in the vestibule of a commercial building at 264 W. 40th St. in a case of mistaken identity.

The pair had been invited to a studio in the building that day by DJ Thoro — “a confidante of rapper 50 Cent” — to participate in a podcast, wrote attorney Joe Tacopina in the complaint.

As the duo left the building “five armed men rushed towards them from a black Suburban SUV,” ordered them to the ground then snatched their valuables all while Tekashi filmed the April 3, 2018, attack, the filing says. The “Trollz” rapper later posted the footage on social media.

Tekashi and his crew mistook the publicists as members of a rival organization and yelled at them, “F–k Rap-A-Lot,” referring to the record label, court papers allege.

“Wonzer believes that she was a target of the armed robbery because she is from Texas, Rap-A-Lot Records has strong ties to Texas, and they have both contributed to the same community charitable events in the past,” Tacopina wrote.

The assailants swiped Wonzer’s backpack, which contained six hard drives with 12 years of client information, a pair of shoes and a camera, the papers charge. From Dozier, the crew stole $1500 in cash and a gold chain — the last personal item he had from his late father, according to the filing. 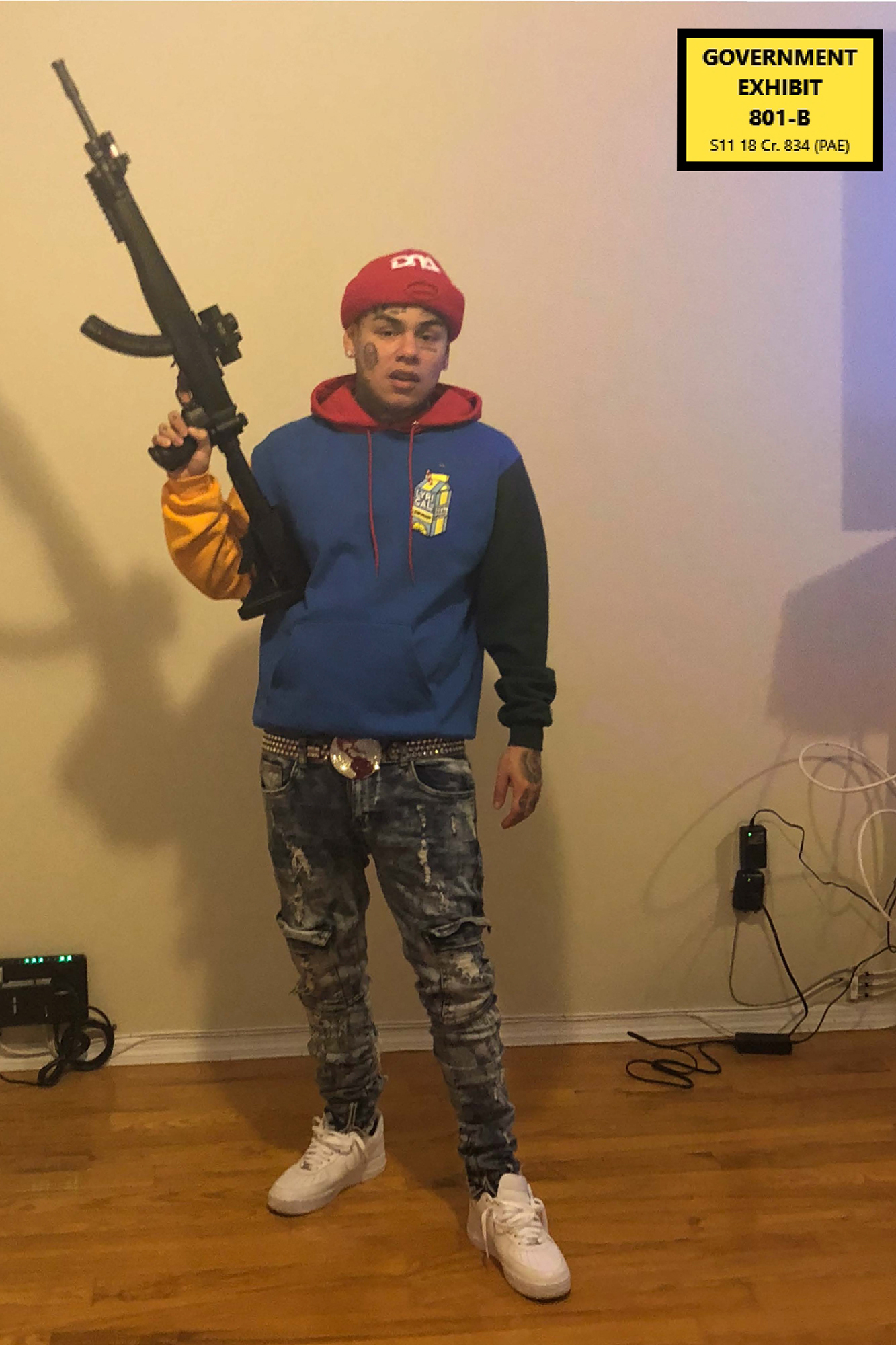 Tekashi, 24, whose real name is Daniel Hernandez, pleaded guilty to the robbery and other charges as part of a deal he cut with federal prosecutors in the racketeering case.

“I and other members robbed a rival of [the] Nine Trey [gang] in Manhattan,” he said during his guilty plea, according to the filing. “I knew that another member of Nine Trey had brandished a gun.”

The face-tattooed rhymer testified against his co-defendants and was later sentenced to two years in prison, but was sprung early due to the coronavirus. Wonzer and Dozier submitted victim impact statements prior to the “Gummo” rapper’s sentencing.

Wonzer, who also goes by the name Skyy Daniels, detailed in the letter the impact of Tekashi posting “the video of me escaping from the clutches of his thugs on social media and it went viral accumulating millions of views as the public laughed,” according to Billboard.com.

The suit, which does not name the other assailants, alleges RICO violations, assault, battery and intentional infliction of emotional distress and is seeking compensatory and punitive damages in an unspecified amount.

“This lawsuit is meant to bring justice for my clients who have suffered immensely as a result of a vicious gunpoint robbery by Tekashi69 and his henchmen,” Tacopina said. “If Tekashi69 thought his legal problems were over after pleading guilty to brutally assaulting my clients, he was woefully mistaken.”

Tekashi’s lawyer Brian Caplan had not seen the suit yet and would reserve comment.

10 simple ways to save money this week

We’re all eager to find ways to curb our spending, but sometimes it just seems too hard. Luckily, we’ve found 10 easy tips and tricks to help you cut back – and don’t worry, they won’t make you feel like you’re going without. From being supermarket savvy to doing a digital declutter, keep on track with these simple budgeting hacks. […]

END_OF_DOCUMENT_TOKEN_TO_BE_REPLACED

END_OF_DOCUMENT_TOKEN_TO_BE_REPLACED
We and our partners use cookies on this site to improve our service, perform analytics, personalize advertising, measure advertising performance, and remember website preferences.Ok