Ty Pennington Reacts to Body-Shamers After Swimsuit Video: 'I Have Feelings' 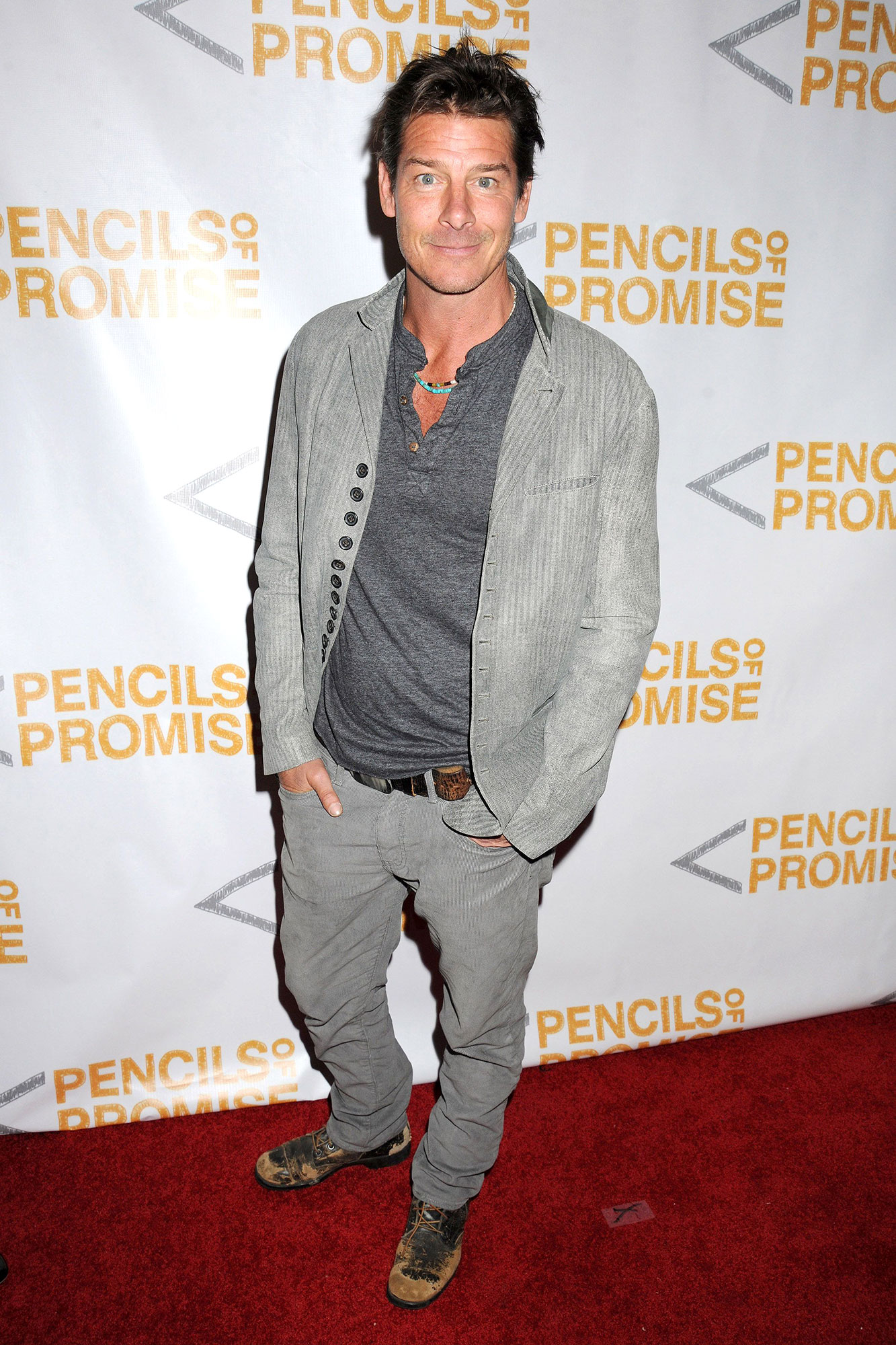 It’s OK to age. Ty Pennington is clapping back at trolls after sharing a video of himself dancing in a swimsuit — and he has no shame.

“Thoughts on aging … I posted a video recently of myself dancing on the beach, with my shorts hiked up,” the former Trading Spaces contractor, 57, wrote via Instagram on Tuesday, February 22. “What was an honest moment of just trying to make my wife [Kellee Merrell] laugh, was then picked apart by strangers — with a lot of views, comes a lot of hate!”

Pennington continued: “Comments like ‘disgusting,’ ‘gross,’ ‘omg he’s so old now,’ ‘grandpa,’ ‘he got fat’ (which btw I’m pushing my stomach out but OK). And I wondered, if I was still young and fit, would I be getting the same comments? 🤔 There has been such a force behind accepting all shapes and sizes and aging in the female community which is AWESOME 🙌🏼🙌🏼🙌🏼 (keep it coming) but maybe let’s give that same grace to men?”

The Georgia native noted that he’s frequently “inundated” with comments about his physique and how he doesn’t look the same as he did while filming the TLC renovation series, which aired between 2000 and 2008. 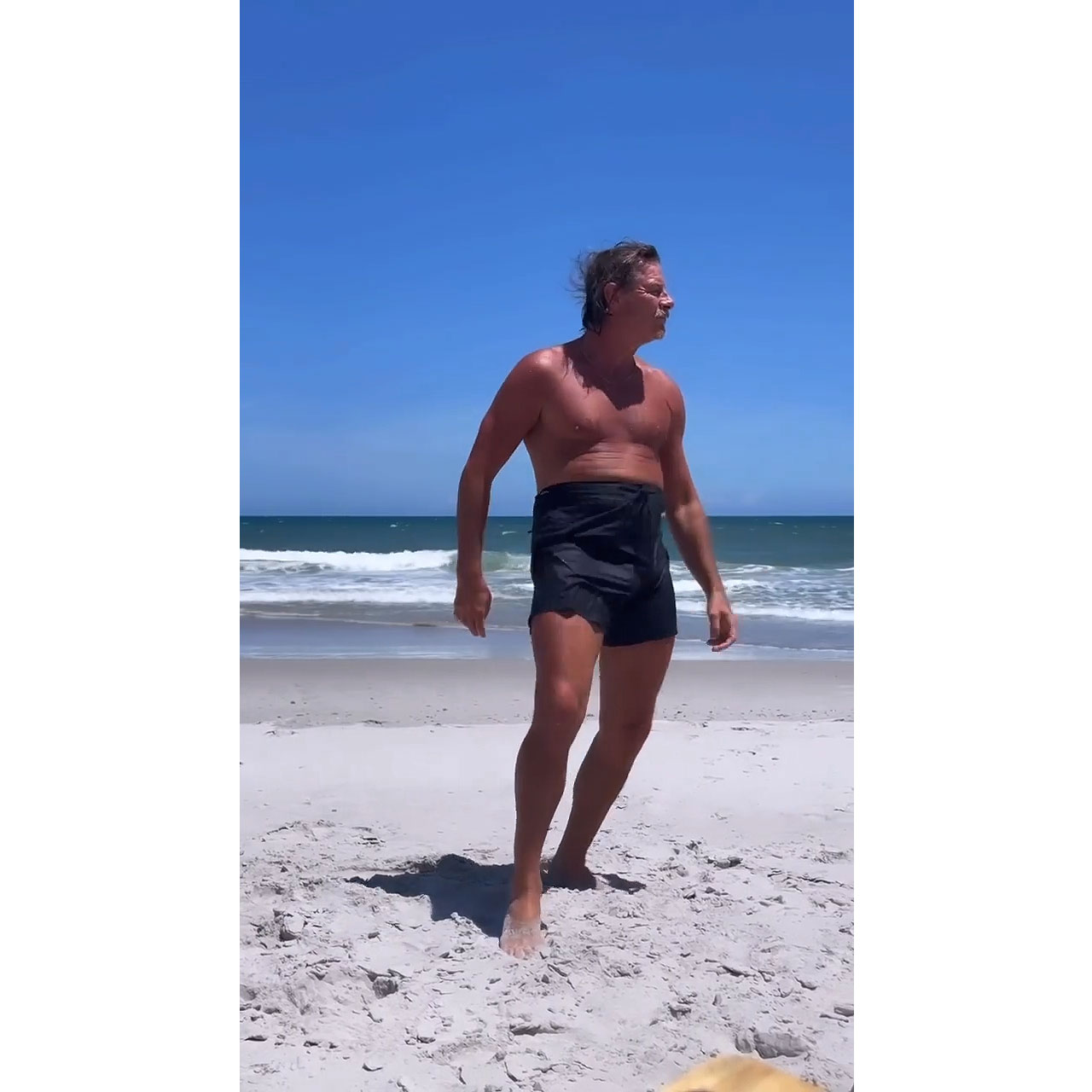 “I have NEVER worked out harder in my life — 7 days a week (this over 50 sh*t is no joke 😂). ‘What happened’ is, it’s been 22 YEARS since I made my television debut,” Pennington explained. “No, I don’t have a six pack anymore or a luscious head of hair (with frosted tips 🤣) but what I do have is wisdom, empathy, life lessons and at 57 years old, I’ve TRULY never been happier! Anyways, all this to say: I’m human and I have feelings.”

The former Extreme Makeover: Home Edition host added: “Yes, I am older but I think it’s pretty cool. And to that, here’s a picture my wife took of me that I really like —I have wrinkles and sunspots and grey hair but that’s OK.”

Pennington, who married Merrell in November 2021, added several body positive hashtags to his post, including, “We all age,” “embrace it,” “self acceptance”  and “old guys rule.”

The HGTV personality made headlines last month after sharing a silly Instagram video of himself on the beach. Pennington hiked up his swim trunks and danced by himself.

‘Trading Spaces’ Stars Take Us Inside Their Homes

“That Friday feeling 🤪 (Also the other half of ‘THAT’ video for everyone who told me to pull my pants up!! 🤣),” he captioned the January Instagram video, adding hashtags for “Dance like no one is watching,” “dancing reels” and “everybody bloats.”

Fellow Trading Spaces personality Genevieve Gorder praised Pennington’s confident remarks, commenting, “You beautiful beast, that was wonderfully written. I’ve known you every one of those years since the debut and your beauty has always been a force … It was from deep within all the pretty on the outside and that’s what all of the couch commentators will never have the honor of knowing.”