U.S. reported 1,707 coronavirus deaths on Tuesday – the deadliest day for COVID-19 in 6 months

The United States logged 1,707 coronavirus deaths Tuesday — the equivalent of at least one American dying per minute. This is the highest recorded in the U.S. for the past six months, according to Johns Hopkins University Coronavirus Research Center. 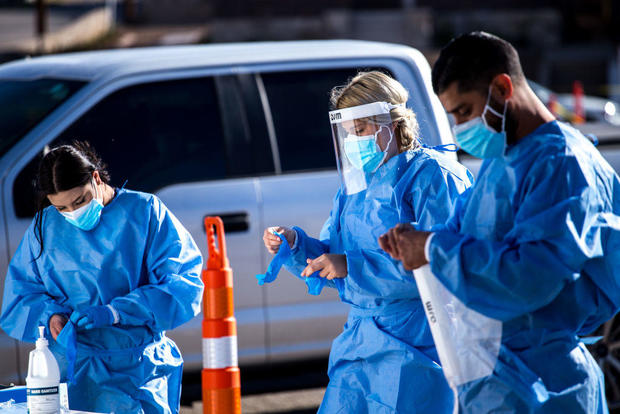 Since the pandemic began, the U.S. has recorded more than 11.4 million confirmed cases and 249,430 deaths, according to Johns Hopkins. That’s more than any other country in the world.

Nearly every state has seen an uptick in cases this week, with Hawaii and Iowa the exceptions. States with the highest growth in new cases over the past two weeks include Wyoming and Minnesota; many other states are also seeing a large increase in new cases.

Texas became the first state to surpass 1 million confirmed cases of COVID-19 earlier this month and a few other states such as Florida and California are close behind.

As the holiday season begins, many experts are warning Americans against large indoor gatherings. The Centers for Disease Control and Prevention put out guidelines for holding holiday celebrations while practicing preventative measures. The CDC urges against gathering with people outside of your household.

When the rate of community transmission is high, as in the U.S., the probability of a in-person gathering that results in a significant outbreak is also high.

This week, Pfizer said its vaccine has proven to be about 95% effective at preventing COVID-19 in clinical trials, while Moderna announced similarly encouraging results about its own vaccine.

In a Wednesday interview with CBSN, internal medicine specialist and immunologist Dr. Neeta Ogden said while a vaccine on the horizon is hopeful news, “there are dark days are ahead.”

Governors in some states have introduced new rules this week regarding wearing masks. “It’s never too late but honestly, if it had been done early, we would be looking at a different landscape right now,” she said.

“There is a long road ahead before that vaccine arrives at most of our doorsteps,” she said. “So, until we actually have that kind of immunity, that has 70 to 80 percent of people vaccinated or immune, it’s not really going to make a dent in how we are going to be able to emerge from this pandemic.”