Ukraine's refugee children: Amid the war, how to help kids suffering from trauma 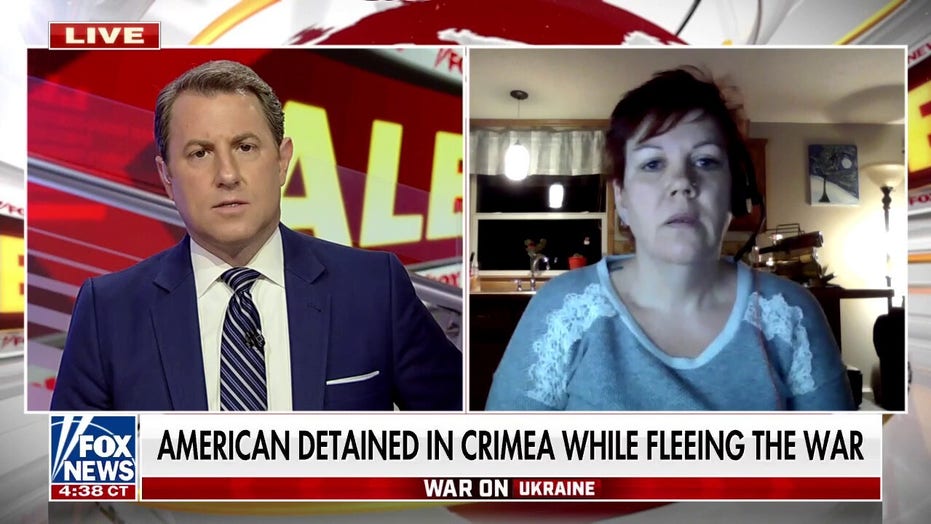 Tina Hauser, mother of Tyler Hauser, pleads for her son’s safe return and fears she may never see him again.

As the Russia-driven war continues in Ukraine, thousands of children in that country have been forced — and still are being forced, right at this moment — to leave their homes and venture to safer ground however they can.

Over 1.5 million children have fled the country since Feb. 24, totaling more than 75,000 kids, UNICEF reported.

James Elder, a UNICEF spokesperson, said this week that at each moment, 55 children flee Ukraine. That’s almost one child per second.

Dr. Maryam S. Sharifian, a James Madison University assistant professor of education specializing in refugee children, expressed to Fox News Digital her concern for the suffering Ukrainian children as they abandon family members, friends and belongings for a foreign destination that is still, during their treks and travels, unknown to them, in many cases.

“We all have heard [of] separation anxiety as a phenomenon during the early childhood stage,” she said. “This process is confusing, stressful and difficult to comprehend for children.” 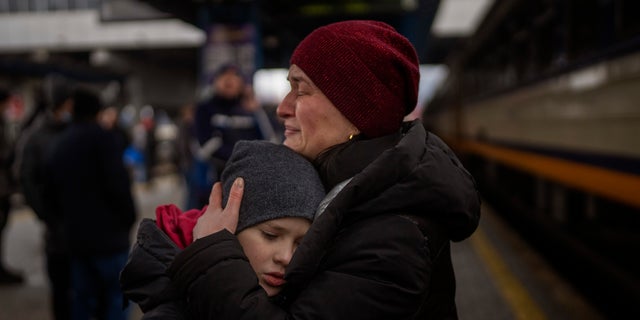 A mother in Ukraine cries with her young son before getting a train to Lviv at the Kyiv station, Ukraine, on March 3, 2022. (AP Photo/Emilio Morenatti)

Various studies, the doctor also indicated, show that more than half of all children exposed to war trauma exhibit these kinds of PTSD symptoms.

One out of every four children attending school have been exposed to an event that can impact learning and behavior, she also said.

“War trauma not only affects the current health conditions of children — their future education may also be severely affected by these experiences,” she said. 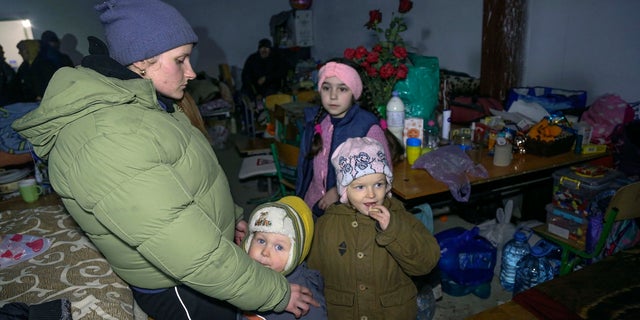 A woman and children taken refuge in a school bomb shelter in Sartana village, which is under the control of the Government of the Donetsk People’s Republic, some 11 miles northeast of Mariupol, Ukraine, on March 16, 2022.
(AP Photo/Alexei Alexandrov)

Other professionals such as Fox News medical contributor Dr. Marc Siegel have also expressed concern, highlighting the potential long-term effects of disorientation and exploitation that kids may encounter on the journey far from home.

“If the parents show [the children] courage and show them the way forward — kids will respond and they will heal.”

But Siegel said that kids can easily recover through the right therapy.

“Kids are resilient,” he said on “America’s Newsroom” last week. “If the parents show them courage, and they show them the way forward, kids will respond and they will heal.” 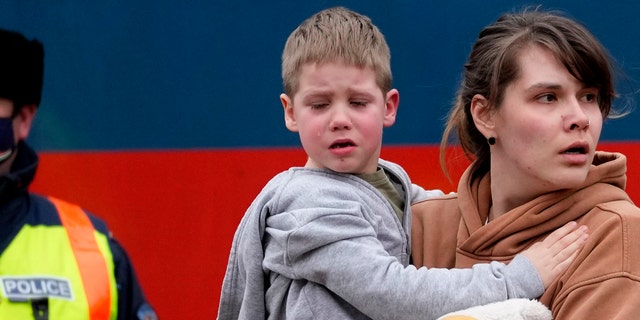 A woman carries a crying child as she arrives at the train station in Zahony, Hungary, on March 5, 2022. (AP Photo/Darko Vojinovic)

“Strategies such as enhancing self-esteem, self-efficacy and optimism in children by teaching them decision-making skills, achievable tasks and spirituality have much potential,” she said.

“Resilience is an important factor in preparing them to move on to a healthy and successful future.”

“[Parents] should also help children to identify and label emotions and feelings, express their feelings and ask for help.”

The professor encouraged parents and caretakers of struggling refugee children to establish routines and rituals and have open conversations about safety.

She also suggested using relaxation tactics such as breathing exercises, music and exercise.

“They should also help children to identify and label emotions and feelings, express their feelings and ask for help,” she said.

“Parents can also role-play and ask children what they would tell a best friend, toy, or stuffed animal to do when they are scared. It is also a practical strategy … to help them navigate their feelings [and] to learn about coping strategies.” 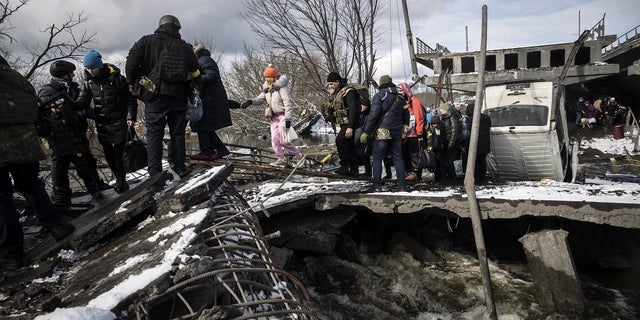 Civilians are shown in Irpin, Ukraine, as they continue to flee from Russia’s ongoing attacks on the Ukrainian people on March 8, 2022.
(Photo by Emin Sansar/Anadolu Agency via Getty Images)

A variety of organizations have joined in to help spread awareness and take in donations for Ukraine’s kids.

That includes UNICEF USA and Save the Children; as Fox News Digital has previously reported, the latter provides access to education, psychosocial support, hygiene kits and cash grants to families in need.

Also, anyone can donate to the Red Cross during this Russia-Ukraine war — contributions now exceed $9 million for FOX Corporation’s support of the Red Cross in Ukraine.