VicForests refers itself to anti-corruption commission over spying claims

State logging company VicForests has referred itself to the anti-corruption watchdog following allegations it hired a private investigator to spy on its contractors and a high-profile environmental activist.

Last year, the ABC aired claims that VicForests paid private investigator Alan Davey to surveil its own contractors in 2010 and 2011, and follow activist Sarah Rees for a number of days, taking photos and video of her activities. 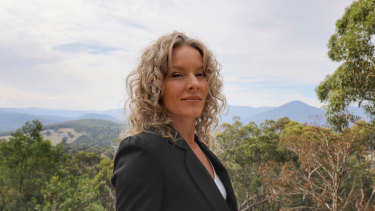 After the private investigator story broke, VicForests said it would undertake an internal review. But earlier this month it updated this statement on its website to say the matter had been referred to the Independent Broad-based Anti-corruption Commission (IBAC), and it would make no further comment.

Asked about the issue on Thursday morning, Premier Daniel Andrews said it was a matter for the agency: “They’re at arm’s length from the government – they’ve made that decision,” the premier said. “It’s not for me to tell people … whether they should or shouldn’t act in that way. But it’s also not for me to comment on what may well be active integrity agency matters.”

The previous day Andrews had said he didn’t think it was appropriate to comment on the referral: “VicForests do their very best, and I won’t be drawn on these claims or the referral. That simply wouldn’t be appropriate,” he said.

In response, Rees released a short statement. “It’s disappointing that Premier Andrews, who makes very little comment about formal investigations, has chosen in defence of VicForests, potentially prejudicing the case,” the environmentalist said.

When the surveillance allegations were made, the agency said they “did not reflect the culture, the values or the people of VicForests”. It confirmed an external company, RSM, had been hired to investigate the matter. VicForests also said it would make the investigation public when it was complete.

VicForests has not yet released the findings of its internal investigation.

The government did not respond when The Age asked if Minister for Regional Development Mary-Anne Thomas had seen the report, and if it had prompted an IBAC referral.

In a statement, a spokesperson said the government was aware VicForests had referred the matter to IBAC and would make no further comment.

The government has made legal changes it says will make forestry regulations clearer and provide guidance for the logging industry, but environmentalists are concerned efforts to protect threatened species will be undermined, making it easier to log native forests.

VicForests recorded a $4.7 million loss in the most recent financial year, attributing it to an unprecedented number of court challenges from community environment groups and the destruction of timber in the Black Summer bushfires of 2019-20.

The agency’s annual report, tabled in state parliament last week, shows it posted the loss despite being given $18 million by the state government and making $84 million from selling forest products. Without the government grant, VicForests would have lost almost $23 million. It lost $7.5 million the previous financial year.

A guide to the environment, what’s happening to it, what’s being done about it and what it means for the future. Sign up to our fortnightly Clear Air newsletter here.