Melbourne’s Suburban Rail Loop might not be completed if the state opposition wins this year’s election because the Coalition wants more evidence the project will provide value for money.

New opposition transport infrastructure spokesman Matthew Bach has promised an audit of the city-altering loop – which at a potential cost of $100 billion would be the priciest project in Australian history – if his party wins November’s election. 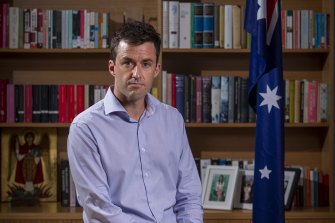 While the opposition supports the concept of an orbital transport network, and will honour any contracts signed for the first section from Cheltenham to Box Hill, Bach raised concerns the loop’s design was compromised by the government’s desire to win marginal seats at the last election.

Victoria’s other major projects, some of which are years late and billions over budget, would also be audited. Bach said stages two and three of the loop – which would connect it to Melbourne Airport and then Werribee –could be amended or scrapped if it was found they did not provide value for money amid exploding debt and reduced post-pandemic demand for public transport.

“There could be changes to ensure the best outcome for commuters and taxpayers,” Bach said. “When we are talking about spending, according to some experts over $100 billion, I think we would be derelict in our duties if we didn’t say we needed to scrutinise this project really carefully.”

The stance comes as the chief executive of Infrastructure Victoria said it was “not inevitable” that key jobs and population forecasts underpinning the business case would be achieved. 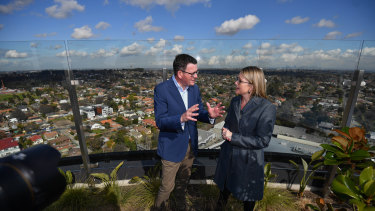 Bach said the opposition’s worries about the project stemmed largely from an Age investigation last August detailing the secretive and unorthodox conception of the loop, which was led by consultants at PwC.

“I was deeply troubled when I read reporting in The Age about the secretive process to develop this project five minutes before an election when the transport department was frozen out … and some of Daniel Andrews’ cabinet found out about the project when it was announced on his Facebook page,” he said.

The Coalition’s stance is also informed by reports from the auditor-general suggesting a key reason for blowouts on Victorian projects was deficiencies in early planning.

Bach’s comments set the scene for a new Victorian infrastructure war, with the Coalition pledging to revive the East West Link tollway and Labor relying on the fact it won the 2018 poll after pitching the rail loop to the electorate.

“The Victorian Liberals have always opposed this project, blocking thousands of jobs and the better rail connections our city needs.”

A 400-page investment case released last year showed that two of the three sections of the line in the east and north-east could cost $50 billion and would not be completed until 2053. Some transport experts believe the project will cost more than $100 billion.

Early works have begun on the first stage of the project and a tender process is under way for further contracts for stage one. The government’s business case states the first two stages will deliver $58.7 billion in economic, social and environmental benefits, and will support up to 24,000 local jobs.

The business case projects of tens of thousands of new jobs and population growth are the major underpinnings of a cost-benefit ratio for the first two stages, suggesting for every $1 spent on the project, between $1.10 and $1.70 would be returned.

“It’s not inevitable that those jobs and population growth numbers are achieved. There’s going to have to be a very significant level of effort to create the amenity and design quality and connectivity that is really world-class,” he said.

“It does require a mindset shift to the way we live. Not everyone has to do it, but many people are concerned about housing affordability and the diversity of housing choice available to them.”

Spear said Infrastructure Victoria was working on ways to boost the amenity of precincts surrounding the rail loop, which is, in effect, a planning project as much as it is a transport project.

“[The SRL’s] objectives about increasing population and jobs in established areas of Melbourne are aligned with the infrastructure needs we have identified and talked about since 2016.”

“A lot of the benefits calculated used a model that was used for the first time and was not a peer-reviewed model. That to me is definitely something that ought to be queried,” he said. 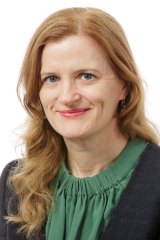 Bach questioned whether the “back of the envelope” rail plan was designed to win eastern suburbs marginal seats at the 2018 election.

Andrews announced the plan weeks before the election at which three of the eight seats Labor picked up – Box Hill, Burwood and Mount Waverley – had new stations promised.

While the electoral impact cannot be calculated scientifically, Labor won an average primary vote swing of 6.3 per cent in the 11 electorates where stations were promised, compared with a 4.75 per cent statewide.

Analysis by the Grattan Institute’s Marion Terrill shows of the 32 projects worth more than $500 million announced by Australian governments, just eight had a business case either published or assessed by an independent infrastructure body before money was committed.

Terrill noted the rail loop’s investment case was published three years after Labor revealed the project, and said policies created in this fashion “[meant] politicians committed to these projects without being willing to share – or even without knowing – if those projects are in the community’s interest to build, let alone if they are the best choice for the money.“