Social media users have praised Vogue Poland for supporting pro-choice campaigners following the ruling to ban abortions in Poland in all but exceptional cases.

Polish model Anja Rubik, 37, stripped off to appear on three different covers for the glossy publication entitled ‘The Power of Women’, in response to the country now having some of the most draconian abortion laws in Europe, which sparked nationwide protests last month.

She took to Instagram to share the covers alongside impassioned captions accusing Poland of suppressing women and restricting their reproductive rights, in addition to penning an open letter on the Vogue website describing the nation as ‘divided’.

Sharing the first cover with her 1.2 million followers, Anja posed naked with a red robe tying her wrist together and a lightening bolt on her cheek.

Describing the covers as the ‘most important and personal’ of her career, she said: ‘A woman’s right to choose is a litmus test or test for a healthy, progressive society. The decision of the Constitutional Court will have an impact on the Polish community for decades. 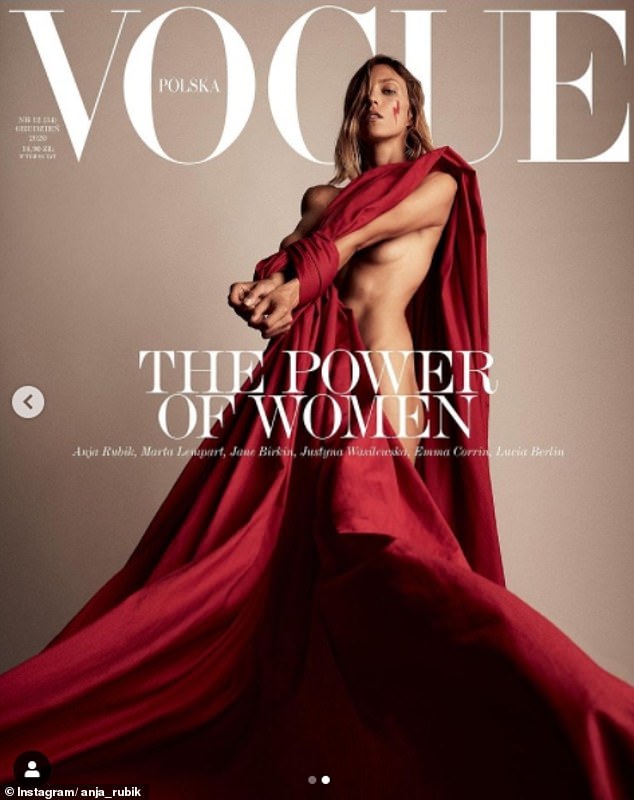 Expanding on her point, Anja wrote: ‘Picture making is my language, the way I express my protest, my rebellion, our strength, pain, anger and hope. I believe that photography has enormous power, it can attract attention, arouse emotions, start conversations, mobilize us to action and change.

‘Power enslaves women with prohibitions of abortion and restrictions on reproductive rights.

‘Reproductive rights are human rights, they guarantee the possibility and freedom to decide about our life, our body, our health and our fate!’

Anja posted a second cover where she’s seen standing naked while wearing one shoe and holding a container filled with red smoke. 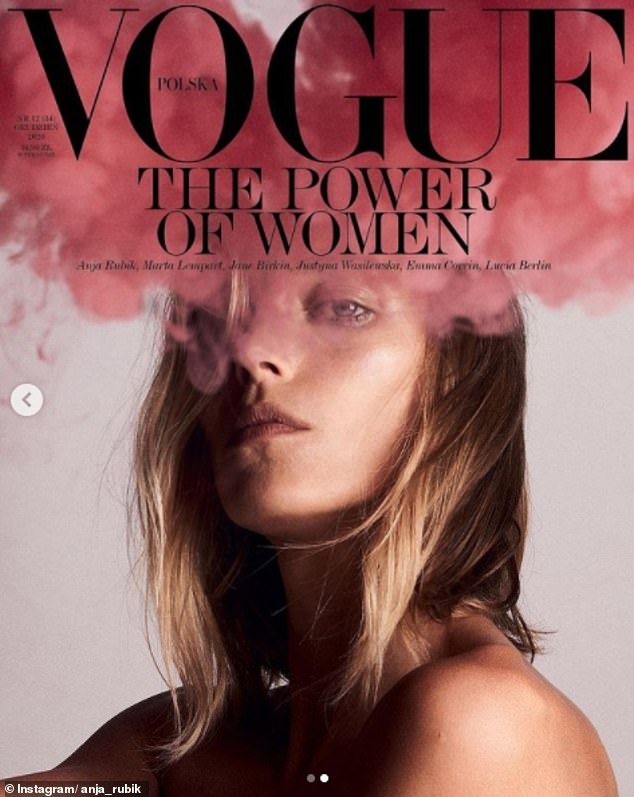 Describing nudity as a symbol of the female revolution, Anja (pictured) argued the government plans to deprive women of their rights to decide about their own lives and bodies

What is the new law on abortion in Poland?

Considerations for a total ban on abortion including in cases of rape or where the baby would be severely deformed were rejected in 2016.

However, on 22 October of this year Catholic Poland’s constitutional court ruled that existing legislation which allows for the abortion of malformed foetuses is ‘incompatible’ with the protection of life.

Abortions will now only be allowed in instances of pregnancy through rape or incest, or if there is a threat to the mother’s life by carryin on with the pregnancy.

The court verdict drew immediate condemnation from the Council of Europe, the continent’s leading human rights organisation, whose Commissioner for Human Rights Dunja Mijatovic called it ‘a sad day for #WomensRights’.

Thousands of protesters have since been taking to the streets and social media to campaign against the near-total ban on abortion.

The country of 38 million people sees fewer than 2,000 legal abortions a year, but women’s groups estimate that up to 200,000 procedures are performed illegally or abroad.

Racking up over 120,000 likes, she wrote: ‘I wanted to reflect our protest and our strength. I am naked in the photo. In patriarchal systems a woman’s body is sexualized, it’s shamed and it’s shown as something wrong and indecent.

‘Hence, nudity has become a symbol of the female revolution. Currently in Poland, there are ongoing government plans to deprive women of their reproductive rights and the right to decide about their own lives and bodies.’

A third cover shows a head shot of Anja wearing minimal make-up, as red smoke swirls around her head.

‘I am a patriot. With age, I feel more and more connected to Poland. And when the rights of women, the rights of the LGBTQ+ community, personal freedom, teachers and students are attacked in my country, and when the state announces a new enemy in our community almost every single day, I cannot keep silent.

‘We are told that we should feel shame for who we are, who we love, and what we believe in.

‘This divides the country and makes us feel unsteady and insecure and it’s easier to manipulate a torn society. Let us not be intimidated. The law should not interfere in our personal decisions,’ she penned.

The covers were re-posted along with their captions on Vogue Poland’s Instagram racking up over 50,000 likes. 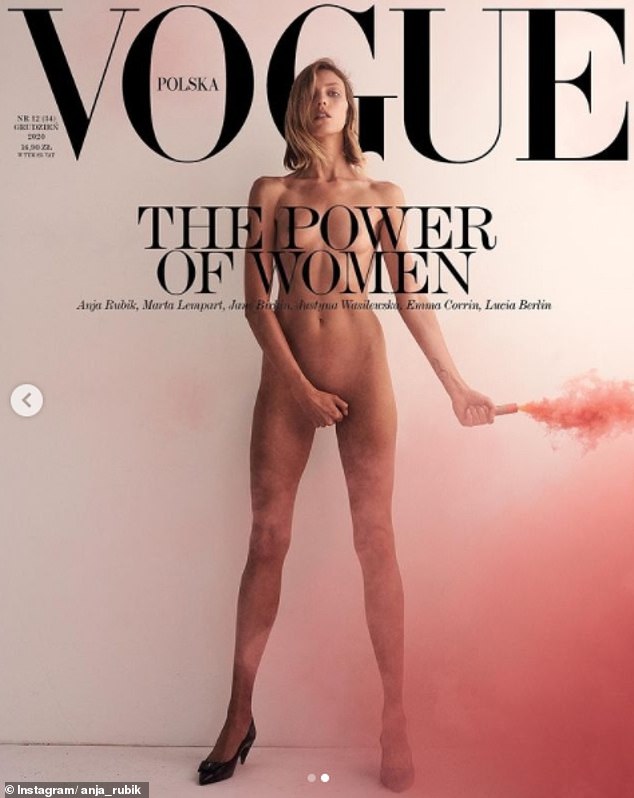 One person wrote: ‘Thank you for your courage! I am with you with all my heart!’

‘Your support is invaluable and needed all the time! May more women have the courage to speak up in such a specific way! It’s good that you are,’ another said.

A third added: ‘Wow this is so powerful and so eloquent and great, I’m speechless. Bravo Anja’