A West Australian politician accused of child sex offences could be suspended from Parliament for allegedly using his position to get his bail conditions changed to attend an interstate cannabis symposium.

Member of the Upper House, James Hayward, has pleaded not guilty to five charges relating to the alleged abuse of an eight-year-old girl, with his trial scheduled for August. 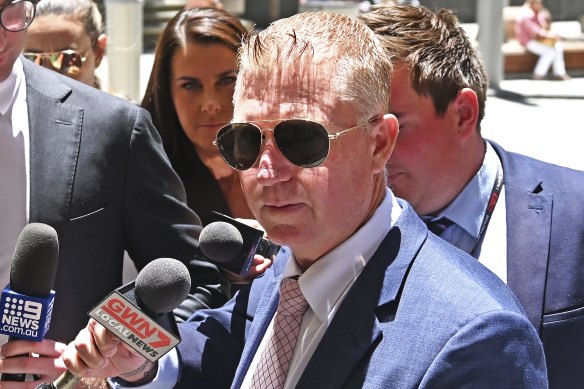 The 52-year-old was a member of the Select Committee into Cannabis and Hemp when he applied in the Perth Magistrate’s Court in May to have his bail conditions for the allegations amended to allow him to travel to Queensland to attend the Australian Medical Cannabis Symposium.

During the application, the member for the South West region argued he would be forced to resign from his role on the committee if he did not attend, however, a Standing Committee on Procedure and Privileges found this to be a lie and on Tuesday recommended Hayward be found in contempt of the Legislative Council, suspended from the Parliament until the end of the year, and banned from any future committees during his term.

Before the bail hearing, Hayward had unsuccessfully attempted to get a letter from the committee stating his attendance at the symposium was “of absolute priority”, which was denied by the other four members, with one stating it was not a requirement he be physically present.

Hayward went on to sign an affidavit stating “if I am not permitted to attend the trip I will be unable to fulfil my responsibilities as a member of the Committee and will have to resign”.

During the investigation by the Procedure and Privileges Committee, Hayward argued it was never his intention to mislead the court, and that the information on his affidavit was short and succinct.

“Several members expressed the view as to what was expected of me as a member of the committee,” he said.

“Some members went on to say that if I could not travel, then I wasn’t pulling my weight and could not adequately fulfil my role.”

The committee, however, found Hayward’s actions to justify his bail variation were “wilfully sloppy and, at worst, deliberately misleading” to the court.

“In the [committee’s] view this warrants a penalty that will reinforce to all members of the Legislative Council the importance of maintaining high standards of behaviour, particularly where this behaviour intersects with public and private activities,” the report found.

Hayward resigned from the Select Committee on Cannabis and Hemp on July 24. He continues to be a member of the Standing Committee on Delegated Legislation.

The MP vehemently rejected the findings and recommendations of the committee, which were tabled in Parliament on Tuesday.

“I maintain that I have consistently acted in good faith and according to the advice sought from the president, clerks of the Legislative Council and my legal representatives,” he said.

“I told the court I would “have to resign” if I were not able to travel to Queensland to attend a conference. These words were correct and carefully chosen as not to disclose the deliberations of the committee.

“I call on the PPC to publicly release all documents that relate to this matter and question why they would not do so in the interests of transparency, fairness, integrity and natural justice.”

The Legislative Council will vote on whether to accept the findings and recommendations of the committee.