Matt Reeves’ The Batman cast Colin Farrell as Oswald Cobblepot, aka The Penguin, but the actor was almost unrecognizable. However, now that fans can watch The Batman behind-the-scene footage, they can see just how Farrell transformed to take on Robert Pattinson’s Dark Knight. 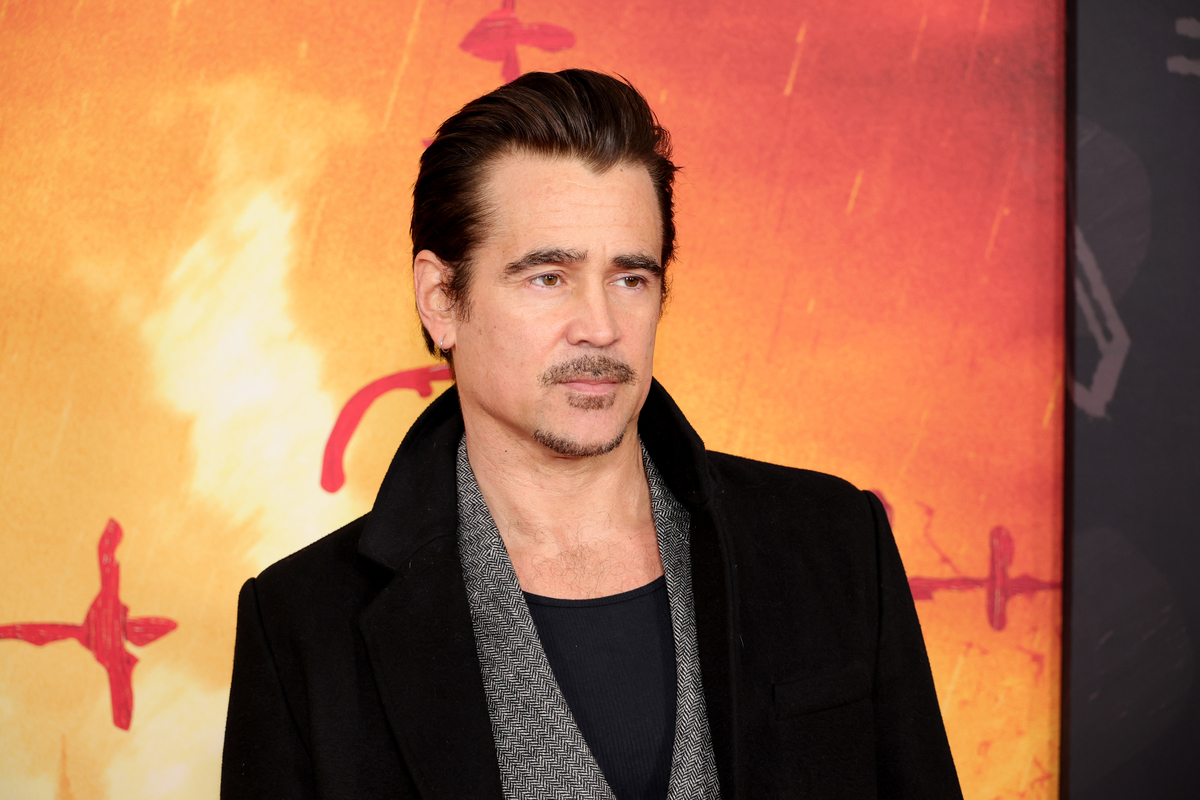 For ‘The Batman,’ Colin Farrell spent 3 to 4 hours in makeup for prosthetics

Out of all the Colin Farrell movies and TV shows, few could boast the budget of Matt Reeves’ The Batman. For the actor to resemble the portly Penguin, he needed prosthetics. He explained that he sat in makeup for three to four hours to transform into the Batman villain.

The Colin Farrell Penguin appeared as one of several antagonists in the film alongside the Riddler (Paul Dano), Carmine Falcone (John Turturro), and even a teased Joker (Barry Keoghan).

Batman and Catwoman (Zoë Kravitz) fought to save Gotham City from the criminal underworld and clear the names of Bruce Wayne’s parents. And for Colin Farrell, Batman proved to be a thorn in his side several times in the film.

“I will say it was one of the most exciting, jubilant, celebratory experiences I’ve had in making pictures in 20 years,” Farrell said in a behind-the-scenes look (via Cinema Crave).

Another Batman cast and crew member commented on Farrell’s transformation into the mobster that fought Batman and Catwoman.

“It wasn’t until that transformation happened that we saw Colin really inhabit the character that [director Matt Reeves] wrote,” he said. “And I remember that Colin surprised us with iPhone video footage of when it was the first showing of that.”

Later in the clip, Colin Farrell rehearsed some of the taunting Penguin lines he would deliver in the movie. Of course, some ended up on the cutting room floor along with a Joker deleted scene that could have changed the whole film.

“Farrell affects his classic mobster voice, joking, ‘Why don’t you send me a little email. I’ll write you back real quick,’” Entertainment Tonight notes. “The actor even tries out the deep, menacing laugh he would use in the film.”

While Colin Farrell spent hours and hours with the makeup department for The Batman, the villain actor had better become comfortable. More comfortable than Pattinson auditioning dressed as the George Clooney Batman in sweatpants.

A Penguin prequel series has been revealed to detail how Oswald Cobblepot rose through the Gotham City underworld on HBO Max.

Could fans see a version of Colin Farrell, young and upcoming, as the Penguin before he sported the scars in The Batman?

And with Matt Reeves having plenty of ideas for The Batman sequel, he could even return to the big screen. As Warner Bros. tries to figure out what to do with the DC Extended Universe, fans can always count on more Batman content coming their way.