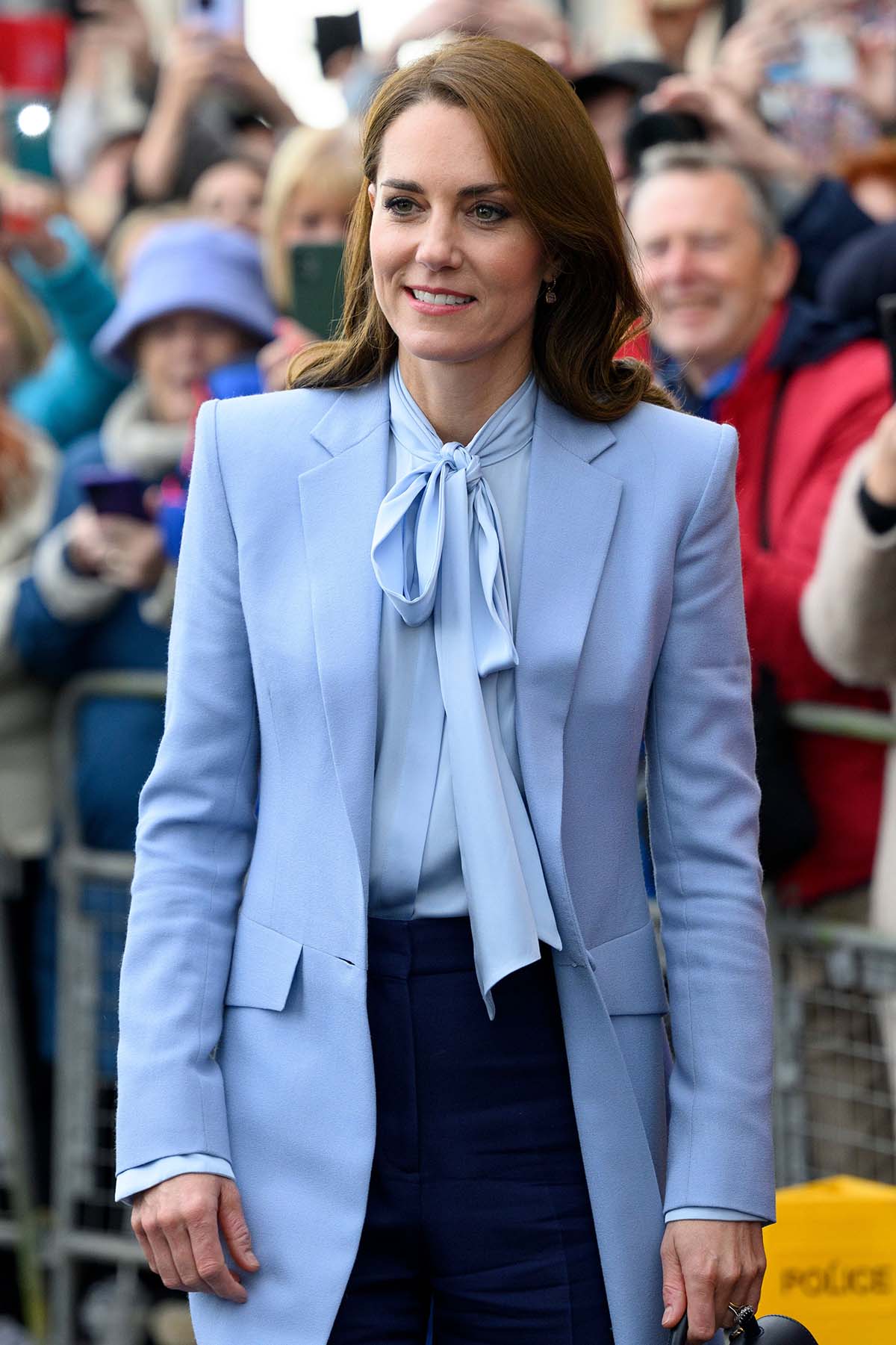 An unwelcome visit? Princess Kate was heckled by an onlooker during her royal trip to Northern Ireland with husband Prince William.

The Princess of Wales, 40, was shaking hands with townspeople outside Carrickfergus Castle on Thursday, October 6, when she was called out by a woman wearing a green jacket. While recording the interaction on her phone, she told Kate, “Nice to meet you, but it would be better if it was when you were in your own country.”

As the duchess stepped away to chat with other people gathered at the barricade, the woman pressed on. “Ireland belongs to the Irish,” she said.

Kate kept her cool during the unexpected moment, smiling and greeting more well-wishers as the walkabout continued. William, 40, did not appear to step in, as his back was turned when the heckler spoke.

Thursday marked the couple’s first official visit to Northern Ireland — which is part of the U.K. — as the new Prince and Princess of Wales, titles they inherited following the death of Queen Elizabeth II in September. Tensions have been high between the Irish and British for centuries, and the late monarch previously addressed the political strife during a 2011 banquet in Dublin.

“It is a sad and regrettable reality that through history our islands have experienced more than their fair share of heartache, turbulence and loss … with the benefit of historical hindsight we can all see things which we wish had been done differently, or not at all,” Elizabeth noted at the time. “To all those who have suffered as a consequence of our troubled past, I extend my sincere thoughts and deep sympathy.”

Before traveling north, Kate visited the Royal Surrey County Hospital’s maternity unit on Wednesday, October 5, to meet with medical staff, new mothers and more. The Duke of Cambridge, meanwhile, celebrated his love of sports at St. George’s Park in Staffordshire. William, who serves as the president of the Football Association, spoke with para-footballers and young athletes at the facility, which has been the headquarters for the English national teams since 2012.

Princess Kate and Queen Elizabeth II’s Bond Through the Years

As the nation’s mourning period came to an end with the state funeral of the longest-reigning British monarch, William, Kate and more royal family members have gotten back to their busy schedules. The prince, now first in line for the throne, recently honored his late grandmother in his first speech since her death at age 96.

“Our natural world is one of our greatest assets,” he said at the United for Wildlife Global Summit on Tuesday, October 4. “It is a lesson I learned from a young age, from my father and my grandfather, both committed naturalists in their own right, and also from my much-missed grandmother, who cared so much for the natural world.”

He added at the London event: “In times of loss, it is a comfort to honor those we miss through the work we do. And I take great comfort then from the progress we are making to end the illegal wildlife trade.”