When former Labor frontbencher Joel Fitzgibbon quit the opposition shadow cabinet last year, he said his party needed to reduce its ambition on climate change to win back blue-collar workers.

“Demonising and blaming blue-collar workers will not stabilise our climate,” he tweeted at the time.

But it’s wealthy Victorians, rather than blue-collar workers, who are least likely to support climate action and the transition to renewable energy, according to new polling commissioned by the Victorian Trades Hall Council, which represents 43 trade unions and eight regional trades hall councils. 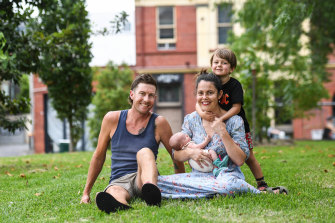 The large poll of 3000 Victorian adults found while those who called themselves working class were not as enthusiastic about climate action as those who described themselves as middle or upper middle class, it was wealthy people who were the most unsupportive.

About 35 per cent of wealthy respondents said they were unconcerned about climate change, compared with about 30 per cent of those who described themselves as working class.

Almost 40 per cent of wealthy Victorians said they didn’t think the government should take action on climate change, compared with about 30 per cent of working class. 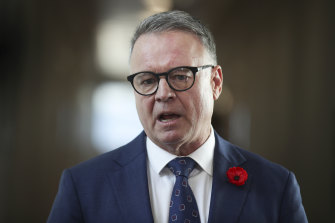 Trades hall council secretary Luke Hilakari acknowledged there were sectors where “big conversations” needed to take place, including with the one-third of blue-collar workers concerned that investment in renewables would cost jobs.

But he said the views of politicians like Joel Fitzgibbon were “totally out of touch” with working people.

Governments should throw more support behind new industries like green hydrogen and large scale wind to provide future jobs, he said. “The people in the Latrobe Valley are not stupid, they know everything is changing.”

In response, Mr Fitzgibbon said working people cared about climate change and renewable energy but didn’t like government policies like a carbon tax, or equivalent, which they saw as a threat to job security.

Mr Fitzgibbon said his electoral area, the Hunter region in NSW, was close to securing a huge solar farm on the site of the former hydro aluminium smelter and was also hoping for a pumped hydro project.

“I don’t know what’s happened to these trade union leaders who once focused on the rights, interests and aspirations of working people but now spend their time obsessing about climate change and renewable energy,” he said.

Conducted last November, the poll is part of the trades hall council’s landmark Transitions from Crisis report, released late last year. Supported by Environment Victoria, it has policy suggestions on responding to climate change in a way that puts affected workers first.

The poll showed that, broadly, about 60 per cent of Victorians want more investment in renewable energy and 75 per cent are concerned about climate.

The response was noticeably gendered, with women more likely to urge greater action. For example, 45 per cent of women were “extremely concerned” about climate change, compared with 36 per cent of men.

These findings are similar to other polling including that done by Australian think tank the Lowy Institute, which has been surveying Australians about their views on global warming and climate change for the past 14 years.

Since 2012, concern about global warming has been rising steadily and in 2020 60 per cent of Australians surveyed said climate change was a risk to Australia’s vital interests, and 77 per cent felt the same way about drought and water storages.

Builder’s labourer Tom Shiels, who lives with his young family in Carlton, has worked on large construction projects in Melbourne’s central business district for the past six years.

Some high-rise projects are incredibly wasteful and energy inefficient, he says, but developers are unlikely to change without a financial incentive.

A long-time Labor voter, but not a member, he has become increasingly disenchanted and feels the party has “lost its way” on climate, failing to advocate strongly enough for blue-collar workers during the economic transition. He said this was a view shared amongst his colleagues.

“Climate change is real and so are workers’ rights. If we can tackle both at the same time we’ll all be better off,” he said.