Wedding guest slammed for 'gross' response to invitation: 'How tacky can you get?'

Reddit users slam a wedding guest for their ‘gross’ and ‘tacky’ response to an invitation.

If you thought you had heard every excuse in the book from a wedding guest, keep reading.

Taking to Reddit, one person shared pictures of the response their mother received after sending out wedding invitations in 1981— and it’s really something.

In response, the unnamed guest wrote: “Sorry I’m strapped for cash trying to start my own business.”

Fair enough, you might think. But wait, there’s more.

“If you're interested in feeling better through natural (nature packages, we distribute!) nutrition in 30 days money-back guarantee, let me know,” the response continued.

“I’ll ship you into or products postage free! Thanks for the invite!”

To make matters worse, the guest even attached a business card.

“My mom was going through her old wedding mementos and found this response card from a relative. How tacky can you get?” the Reddit user captioned their post. 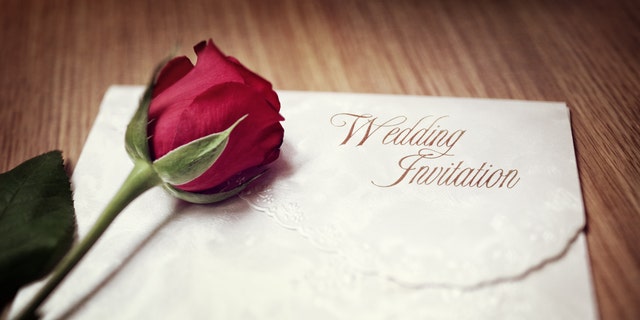 “This is so terrible that it’s kind of hilarious,” one person wrote of the extremely bizarre response to a 1981 wedding invitation.
(iStock)

Other people agreed, and labeled the response “so gross,” with one Reddit user simply writing: “Dear God.”

“This is so terrible that it’s kind of hilarious,” another commented.

Meanwhile, others shared the hilarious excuses they received from people ahead of their own weddings

“My cousin turned down my wedding invite because I didn’t want to join her Beach Body program to get in shape for the wedding after I told her I’m lazy and have a gym membership,” one person wrote.

This article originally appeared on news.com.au.