One woman’s trash. Erika Jayne made headlines when she threw Garcelle Beauvais‘ new book in the garbage — and there was a specific reason for her ire.

Biggest ‘Real Housewives’ Feuds Ever — And Where the Relationships Stand Today

“Garcelle attacked Erika again, so that’s why she did what she did,” an insider exclusively tells Us Weekly of the Pretty Mess author, 50. “They are still feuding. Nothing’s changed.”

According to the source, the former Broadway star was irked when her costar, 55, promoted Love Me As I Am with a clip from the upcoming season of The Real Housewives of Beverly Hills. In the video, Beauvais tells the “Roller Coaster” singer: “I don’t have to make you look bad, you can do that on your own.”

Former ‘Real Housewives of Beverly Hills’ Stars: Where Are They Now?

The NYPD Blue alum shared the clip via Instagram on Sunday, adding the caption, “You know how else you can look bad all on your own? By not pre-ordering your copy of #LoveMeAsIAm before it comes out on Tuesday.”

The insider tells Us that this post is what prompted the “Painkillr” songstress to share an Instagram Story video of herself throwing a copy of the memoir in the trash later on Sunday. “Garcelle, even though you unfollowed me I’m sure you’ll see this,” the Georgia native captioned the post.

Earlier this year, rumors of a feud between the pair began when eagle-eyed Bravo fans noticed that Beauvais had unfollowed her costar on Instagram. After a fan account notified the Dancing With the Stars alum of the change, she replied in the comments section, “Well [let] me unfollow her back.” 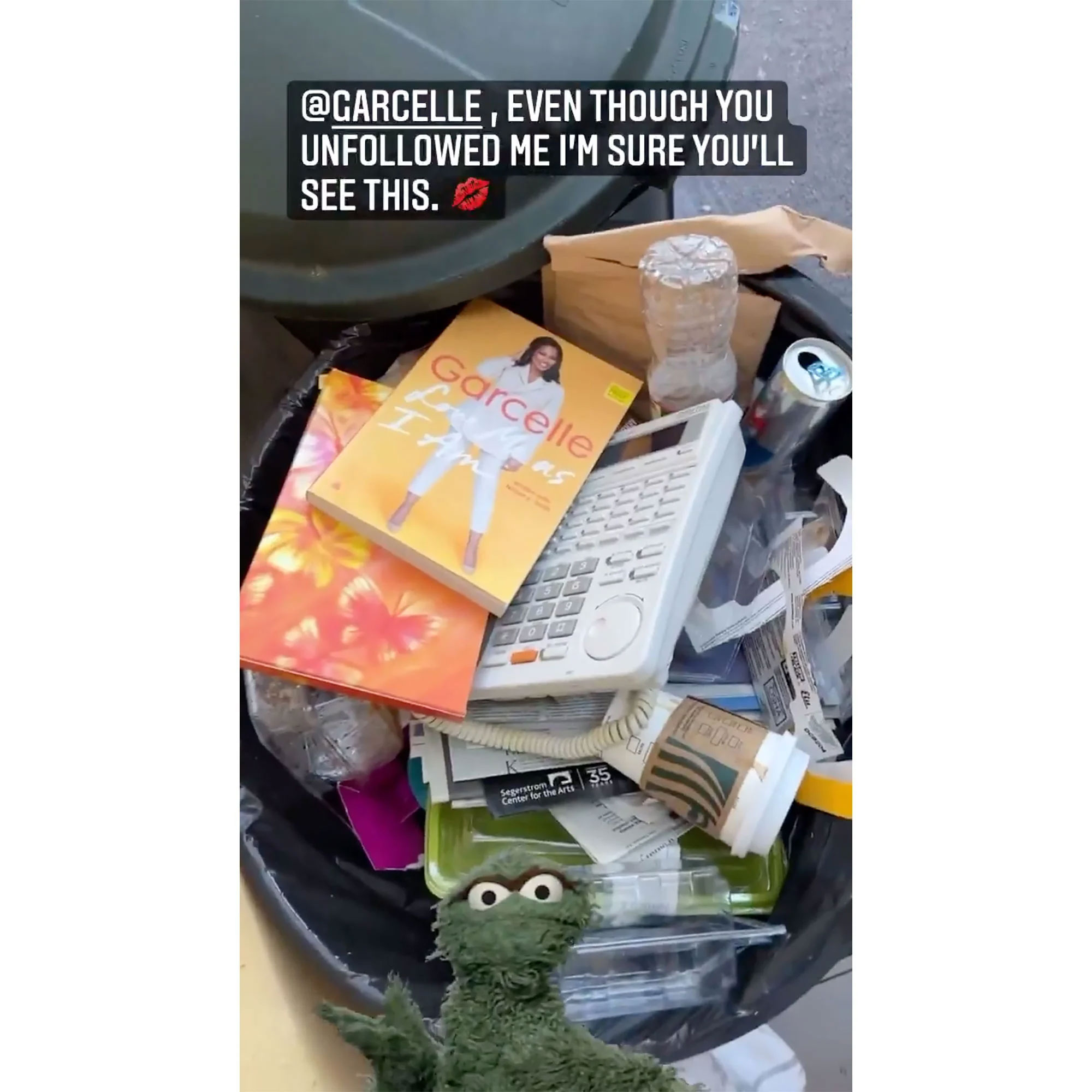 In February, the White House Down actress told Us that she wasn’t ready to forgive her fellow Housewife for the incident that prompted the unfollowing. She did note, however, that she was upset by something she’d seen on the Lowball star’s feed.

‘The Real Housewives of Beverly Hills’ Season 12: Everything We Know

The Coming 2 America star was still surprised that the social media drama caused such an uproar. “Did I know it was going to cause World War III?” she said during a February episode of The Real. “Unfollowing someone is huge apparently because it was breaking news all over the place.”

Her inner circle, meanwhile, seemed to understand that the unfollow would make headlines. “Friends were texting me going, ‘I can’t believe you, unfollowing her is such a big deal.’ But it is,” Beauvais recalled. “I guess it’s a new way of saying, ‘I don’t like you, but I don’t want to tell you, so I’m just going to unfollow you. People were outraged! She was outraged too, I think. [Or maybe] she could care less.”