This project overall is inspiring: a social housing scheme in Oxfordshire. And the individual case studies have all been terrific, with a diversity that bodes well for the eventual community. Tonight one young couple have to not just build a house but juggle personal issues too (this series has been pretty frank about the pressure self-builds put on relationships). Our other builders are middle-aged newlyweds, one of whom has complex health issues including deteriorating mobility. It's the quest to combine style, great architecture, and a building suitable for someone with physical disabilities that's really compelling. 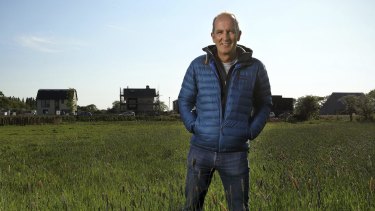 SBS has already screened the ITV documentary about British police detective Steve Fulcher, who threw out the rule book in order to catch a killer – and lost his job in the process. Naturally there the focus was completely on Fulcher. In this sober, moving six-part dramatisation, the story has been less – much less – about Fulcher's heroics (aka blatant disregard for the law), and much more about the effect the disappearance of two young women has on their families and community. In tonight's double-episode finale, we see justice of sorts but again there's nothing triumphalist about it. The lingering taste is of the way the actions of one disturbed man tragically rippled through dozens of lives.