Why did a world-famous artist just take a secret tour of the outback?

Renowned French street artist JR will use a lightning visit to Australia last week as the basis of a work to be unveiled at the NGV Triennial in December.

Though the visit of the 35-year-old artivist (artist-cum-activist) to Melbourne, regional Victoria and western NSW was meant to be under the radar, he rather blew his own cover by posting a series of stories to his 1.4 million followers on Instagram. 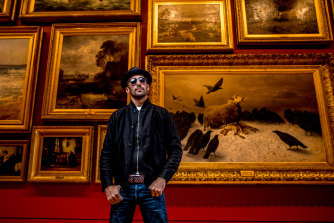 There he was dining at Ben Shewry’s acclaimed restaurant Attica in Ripponlea on Wednesday. There he was in Pooncarie, midway between Mildura and Menindee, on Thursday getting a first-hand view of the devastating effect drought has had on the Darling River.

And, most tellingly, there he was at the NGV in the company of director Tony Ellwood, taking in the Kaws exhibition and marvelling at the presence of an oversized sculpture by the American artist – another who has graduated from street art to mainstream cultural institutions – amid the Rodin bronzes.

The National Gallery of Victoria has not made an official statement about JR’s plans, but a spokesperson confirmed he will be part of the second Triennial group show, to be staged from the end of this year. Full details of the program won’t be announced for some time.

JR, who lives in New York, has become globally renowned for his “paste-up” photographic murals, many of them featuring ordinary people. He also co-directed, with Agnes Varda, the Oscar-nominated documentary Faces Places in 2017, a film that helped gain him an even broader audience.

After winning the $US100,000 ($149,000) TED prize in 2011, he funded a project called Inside Out, in which he sends his photobooth buses – combination studio and lab, decorated to look like a giant camera – around the world to photograph people and generate large-scale prints that are then installed on walls and other surfaces.

The project – which is ongoing – also encourages people to send their images to him. His team produces large-scale prints and sends them back, in the hope (but not under the obligation) they will paste them up publicly.

“My whole work is about paper,” he said recently. “It’s about touching walls; it’s about interacting with people.

“We never know if it’s going to be pasted or not. Of course we encourage them to do it but it’s completely up to them. It happens often that I travel around the world and by surprise I discover some pastings on the side [of a building].” 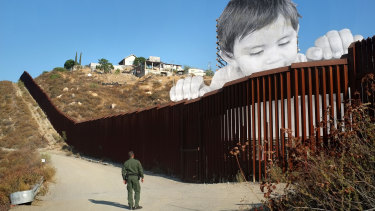 JR’s 21-metre-high installation of a child, “Kikito”, peers over the wall that partitions Mexico from the US.Credit:Alamy

The whole point is to encourage regular people to engage with the production and display of art, and to claim public spaces for that purpose.

“Yes, we have printed them, but we haven’t done the project, they’ve done it, they’ve pasted it,” JR continued. “And it shows the engagement of the community and how much people are willing to express themselves.”

Details of the Australian project are being kept under wraps, but it’s a fair bet it is drought- and climate-change related.

JR’s road trip took him to the Darling River, which has been reduced to a dry bed punctuated by occasional pools of stagnant water in many places.

In Pooncarie, midway between Mildura and Menindee Lakes – the site of the mass fish deaths last year that gained global attention – JR visited citrus farmers who have cut down their trees because they can no longer realistically expect to water them.

“Farmers suffer the drought and their river is gone … also because of big corporations draining the water up north,” he wrote on his Instagram story. “Basically all the big corporate are here … so they store it and the government give them priority and all independent farmer … doesn’t get any water and that’s what we’re looking here and everything is completely dry" [sic]. 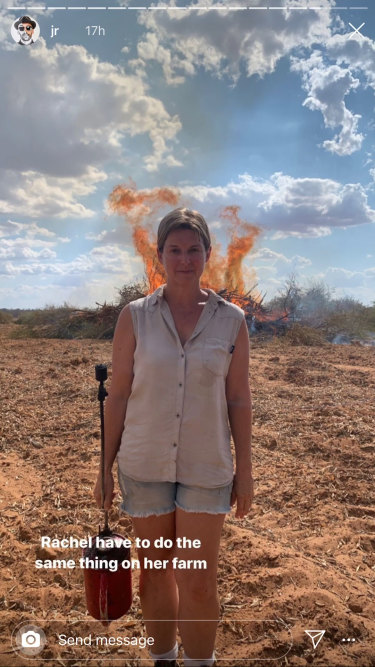 A screen shot of Rachel Strachan, from the Instagram story by French photographer and street artist JR.Credit:@jr/instagram

Among those he visited was Rachel Strachan, whose family has farmed in the area for generations.

“It is horrible,” she said of the conditions in the Darling. “We have farm records going back to the 1800s and there’s nothing in any of the diaries about it being in the state it is now. It is the worst in European history. This isn’t normal. It’s human-made error.”

Strachan said “Ninety-nine per cent” of the people who live along the Darling – from irrigation farmers such as herself to Indigenous community leaders – feel as she does about the priorities that need to be adopted if the situation is to improve.

“The rivers come first, then towns and people, and irrigation to come after that," she says. "If we don’t have a healthy river we don’t have our communities or our businesses. It’s really critical that we get that balance right, get the equity through the system, so that we look after our environment as well as our economic interests.” 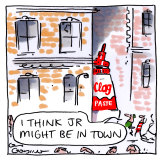 She knew nothing about JR’s project until he visited on Thursday with a guide from the NGV. But she welcomed his interest and felt it could play a part in facilitating the required change.

END_OF_DOCUMENT_TOKEN_TO_BE_REPLACED

END_OF_DOCUMENT_TOKEN_TO_BE_REPLACED
We and our partners use cookies on this site to improve our service, perform analytics, personalize advertising, measure advertising performance, and remember website preferences.Ok