Why is there lack of concern over burning coal, asks DAVID ROSE

‘Useful idiots’ who let China off the hook: Why is there such an apparent lack of concern over their determination to keep burning coal, asks DAVID ROSE

Last Thursday, China revealed its coal miners had achieved an all-time record by digging up 12.05million tonnes in one day.

Judged by the benchmarks set by Mr Sharma and Boris Johnson before the conference, Cop had failed – thanks to China.

Yesterday, green campaigners hailed some modest successes, such as pledges to reduce methane. But back in the real world, China – whose president, Xi Jinping, did not even turn up – is still building coal-fired power stations at a rate of knots and the ‘agreement’ it reached with America to ‘co-operate’ on global warming lacked any substance.

Yet the campaigners in Glasgow barely mentioned – let alone criticised – China. A spokesman for Insulate Britain told me: ‘We mustn’t use China as a scapegoat.’

Some campaigners even heap praise on China. So why is there such an apparent lack of concern? One answer lies in a book called Hidden Hand: Exposing How The Chinese Communist Party Is Reshaping The World, by Clive Hamilton and Mareike Ohlberg. Serialised in the Mail last year, it argues that China has extended its influence over certain institutions in Britain and other democracies in order to blind them to Beijing’s drive for supremacy. 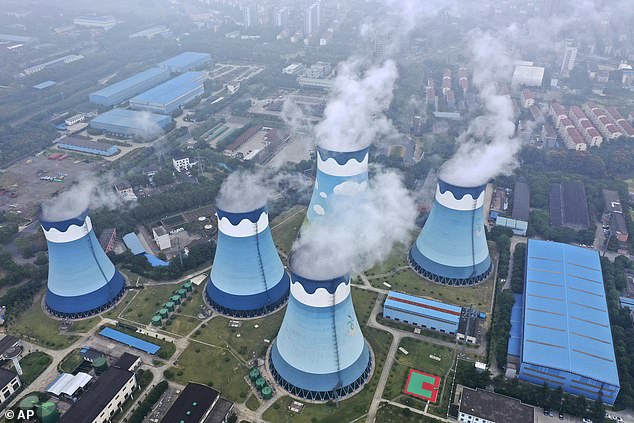 Yesterday, green campaigners hailed some modest successes, such as pledges to reduce methane. But back in the real world, China – whose president, Xi Jinping, did not even turn up – is still building coal-fired power stations at a rate of knots, writes David Rose (file image)

China, the book says, seduces politicians, business people, academics and campaigners into supporting its aims. It regards them as ‘useful idiots’ – unwitting instruments of its goal of becoming the world’s only superpower.

Evidence unearthed by this newspaper, working with researchers fluent in Mandarin, shows Western environmentalists have indeed become a target. Documents suggest they are enmeshed with bodies subordinate to the Chinese Communist Party (CCP) and staffed by figures from its most ruthless departments.

They include Xie Zhenhua, China’s chief climate envoy. Until 2012, he was a member of the central commission for discipline inspection, which enforces state orthodoxy. According to Human Rights Watch, it has been responsible for illegal detention, torture and forced confessions. 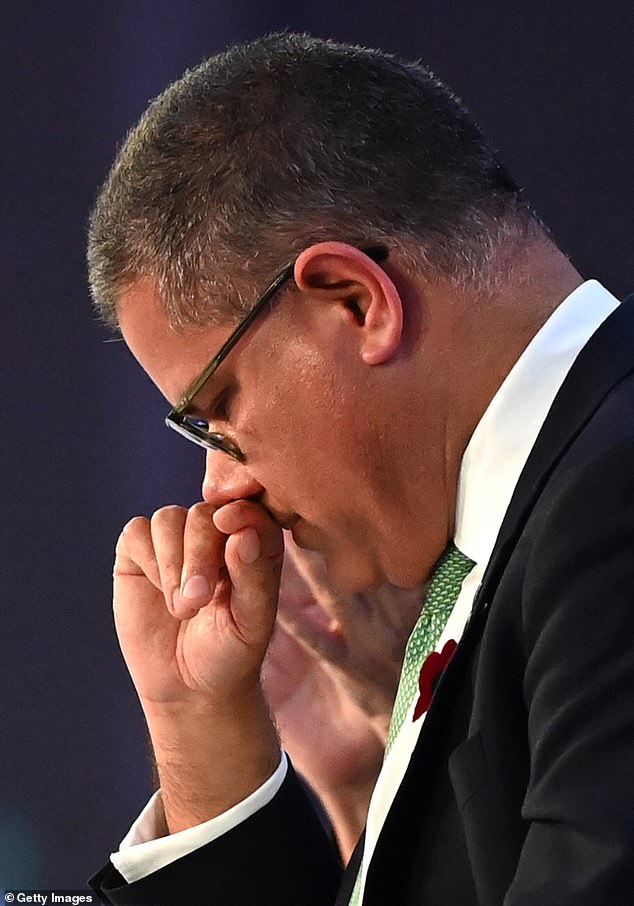 ‘I’m dismayed that some leading Western environmentalists are talking up the CCP as the saviour of the world,’ Hamilton says. Take, for example, Professor Lord Stern, chairman of the Grantham research institute on climate change at the London School of Economics, which advises government.

Having taught in China since 1998, in 2009 he told a Chinese magazine he had ‘close contacts’ with CCP officials. In 2014, he wrote a paper for the World Economic Forum claiming China was ’emerging as a global leader in climate policy’. In 2016 he claimed China’s emissions ‘may already have peaked’. They hadn’t. The following year, he insisted there was ‘compelling evidence’ China’s coal use had also peaked.

Stern even praised president Xi’s ‘personal commitment to driving climate action’, concluding: ‘The world is looking for a climate champion. In China, it has one.’ But in March he sounded less optimistic, saying it is ‘crucial’ China stops building new coal-fired power plants and stops increasing its emissions by 2025.

Nevertheless, Bob Ward, Stern’s spokesman, told me China was taking ‘significant action’ and the rate of increase in its emissions had slowed enormously. He said China was ‘keen to learn from the UK’s example of world-leading action on climate change’. 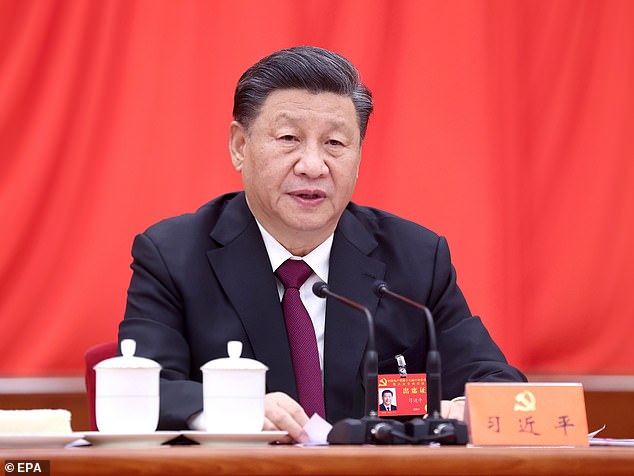 Nevertheless, Bob Ward, Stern’s spokesman, told me China was taking ‘significant action’ and the rate of increase in its emissions had slowed enormously. He said China was ‘keen to learn from the UK’s example of world-leading action on climate change’

Stern attended September’s annual conference in Beijing of the China council for international co-operation on environment and development – where he reportedly lauded Xi’s vision of an ‘ecological society’. Also present were a veritable who’s who of British, European and US environmental crusaders, including representatives of the London-based legal charity ClientEarth, and the WWF.

Another was Kate Hampton, chief executive of the Children’s Investment Fund Foundation (CIFF), which donates tens of millions a year to green groups such as Extinction Rebellion. She told the conference she ‘supported Chinese leadership on setting the global path’. In May, she addressed a Beijing investment forum, praising China’s ‘determination to phase out coal’ – the phrase vetoed by Xie at Cop26.

What’s more, Hampton is co-chair of the board of the Belt and Road International Green Development Coalition, run by China’s environment ministry. It is an offshoot of Xie’s Belt and Road Initiative which Chinese leaders have said is the means by which China will supplant America. The CIFF, the WWF and ClientEarth run branches in China. Under Chinese law, any foreign organisation must submit to ‘close supervision’ by the ministry of public security, in charge of crushing dissent. Any group ‘harming the national interest’ risks having its staff jailed.

Canadian Patricia Adams, director of the think-tank Probe International, knows this threat is not theoretical. In 2015, two Chinese experts she was working with were jailed for ‘picking quarrels and provoking troubles’, the charge used against dissidents.

At a meeting of the foreign environmental co-operation centre, Chen Xiangyang, the director of another arm of China’s spy agency, said ecological civilisation was part of ‘China’s plans for a shared future for mankind’.

But green groups insist ‘engaging’ with China helps the planet.

A CIFF spokesman said: ‘China is the world’s largest emitter and its transition to a net-zero economy is of utmost importance. CIFF’s work in China aims to accelerate this transition.’

ClientEarth said: ‘We are focused on reducing pollution and bringing down emissions both in China and from its overseas investments.’ The WWF said ‘all countries need to contribute towards reducing emissions’ but China ‘can and should do more’.

Hamilton remains unimpressed. He told me: ‘China’s government is cynical and ruthless. Yet Western environmentalists wander around telling us China is building a harmonious and beautiful world for all. Seriously?’