WILLIAM Hill plans to close around 700 betting shops in a move that puts 4,500 jobs at risk.

The bookmaker revealed the news after changes to gambling rules resulted in a "significant fall" in gaming machine revenues. 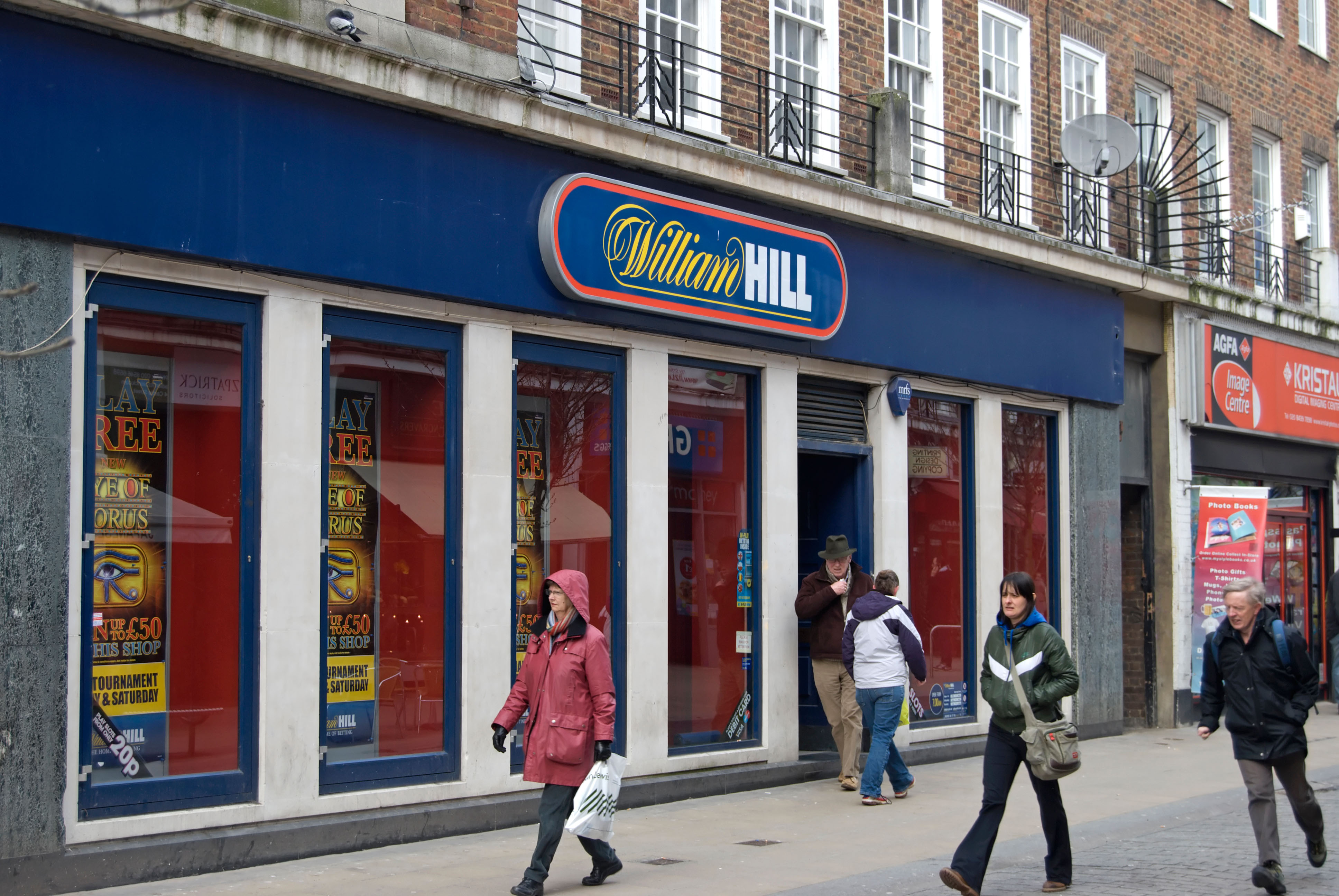 From April 1, the maximum stake gamblers can place on fixed-odds betting terminals was cut from £100 to £2.

These are machines where gamblers place bets on the outcome of simulated games and events such as roulette, blackjack, bingo and horse racing.

William Hill says the 700 shop closures are likely to begin before the end of the year, but declined to say which ones are set to shut when contacted by The Sun.

The company has started a consultation process with affected staff members but says it wants to apply voluntary redundancies and also redeploy staff where possible.

GET HELP TO CONTROL YOUR GAMBLING

GAMBLING addiction can be harmful to your psychological and physical health.Here's how to get help:

But the 700 shops closing is less than the 900 shops William Hill initially mooted for closure in January.

The group said then that it may have to close shops within two years if they became unprofitable.

A spokesperson told The Sun today that it's not expecting further large scale closures on top of the 700 announced.

In January, the group said that each store closure could cost up to £60,000 and that operating profits would likely decrease by up to £100million a year.

William Hill currently has approximately 2,300 stores in the UK.

Adam Bradford, founder of the Safer Online Gambling Group, said: "This move was long in coming for the betting industry who failed to protect addicts and clean up their act in time.

"Betting machines on the high street have caused untold misery and now punters will make their move into the growing area of online betting.

"For the industry to remain sustainable the online firms need to implement their own spend checking and affordability limits online quickly to prevent a similar crackdown."

William Hill is not the only bookmaker to announce shop closures as a result of the new gambling laws.

In April, Ladbrokes said it plans to close up to 1,000 branches this year putting 5,000 jobs at risk.

The bookmaker, which is part of the Ladbrokes Coral group, currently has 3,475 stores.

There's also bad news for gamblers as a remote gaming duty will rise by 6 per cent from October this year.

In May, Paddy Power and Betfred pulled new roulette games from shops where you could bet up to £500 a go.

Meanwhile, a Barclays app limits spending on gambling and drinking by blocking customers’ cards from "turned off" expenses.