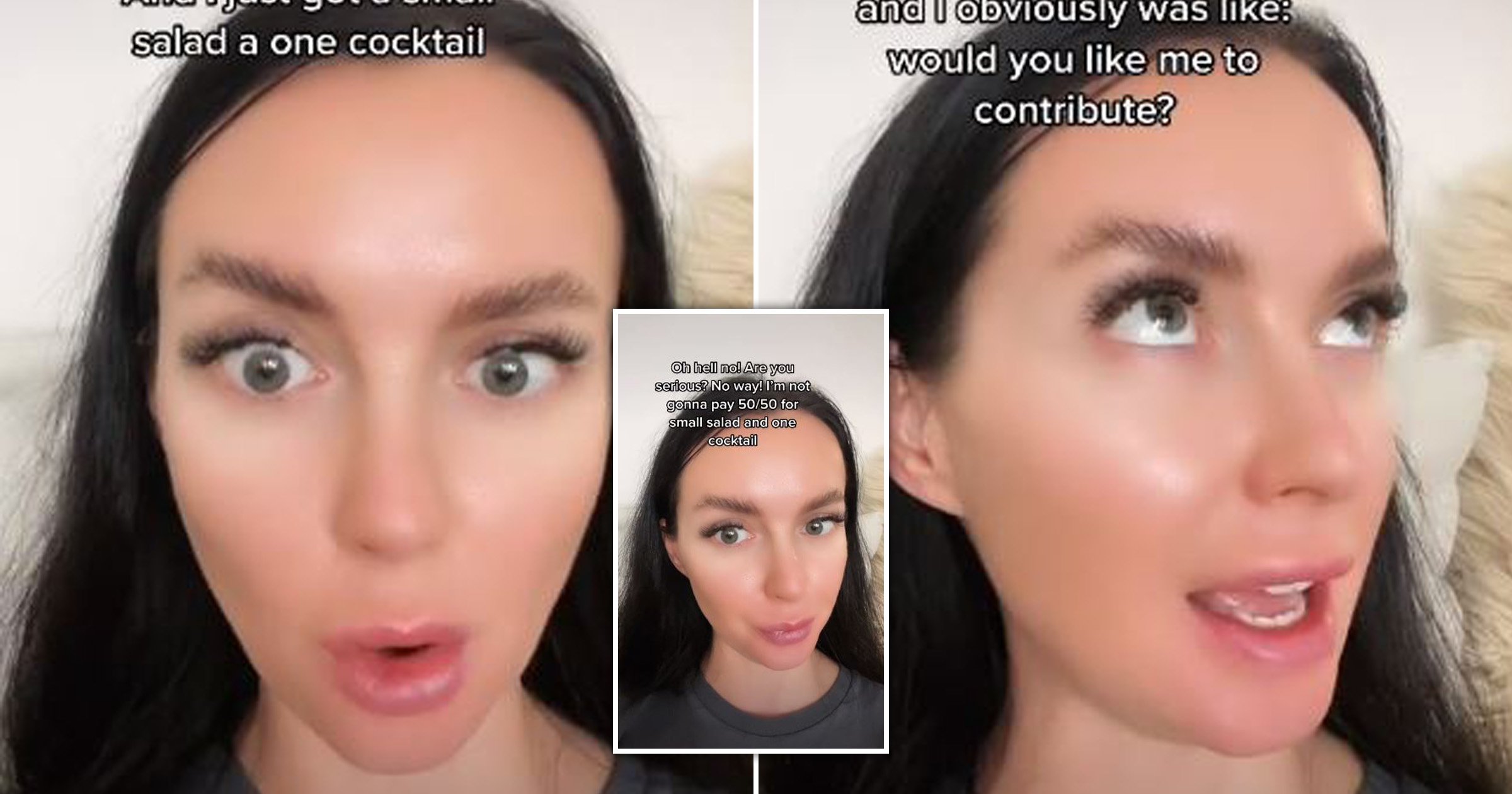 Dating etiquette can vary a lot from person to person, with some believing men should always pay, while others prefer to go Dutch.

But what about when one person orders loads more than the other?

TikTokker Marina, who posts under the username marina_in_dubai, has divided TikTok by sharing how a dinner date went awry when the guy asked her to split the bill evenly.

While some might be riled by the idea of splitting the bill regardless of how much someone orders, part of the problem Marina had with the whole thing was how much the guy ordered compared to her.

In the clip, she said: ‘He is ordering himself a steak, a salad, a side dish, an appetiser, a few glasses of red wine and so on.

‘I just got myself like one small salad and one cocktail.’

She added that, when the bill came, she offered to contribute, but she didn’t take it too well when he asked her to split the cost of everything down the middle.

People in the comments for the video, which has so far been watched over 83,000 times, are divided, with many believing he should have at least paid his way or been a ‘gentleman’ and paid for everything.

One person wrote: ‘Well he should pay 50/50 for your makeup and nails and hair, because if you didn’t do all that he wouldn’t like it.’

‘Funny. When I see people come for a date at our restaurant, and it’s time for the bill, and I see him doing 50/50, I feel like slapping the hell out of him,’ wrote another.

However, others seem to think Marina’s complaints are anti-feminist, with one saying: ‘Feminism, equality, and stuff as long as you benefit right.’

Referencing the fact that she said her date was European, another wrote: ‘In Europe, they practice equality, something to consider.’

What do you think? Do you think him wanting to split the bill 50/50 was the right way to go?