A woman who tragically lost her father to Covid-19 has admitted she feels ‘stuck’ in her grief after the pandemic denied him a proper celebration of his life.

Susie Flintham, 43, from Newcastle upon Tyne, was devastated when dad Howard Crozier, 81, passed away after a short battle with coronavirus on March 28.

Having been diagnosed with dementia and Parkinson’s a few years ago, Howard was living in a care home but was ‘vibrant, mischievous and funny’ and ‘loved life’.

When he caught Covid while being treated for pneumonia in hospital, Susie visited him as much as she was allowed before he passed away. 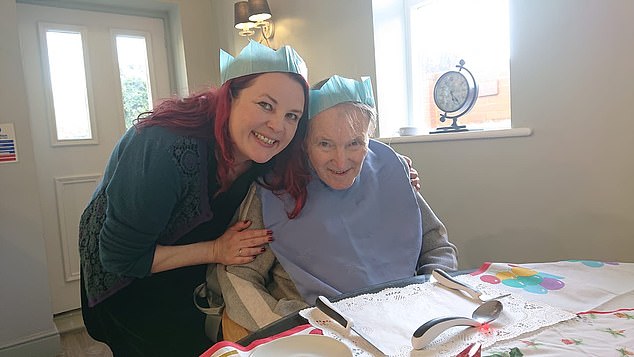 Susie Flintham, 43, from Newcastle upon Tyne, was devastated when dad Howard Crozier, 81, pictured together, passed away after a short battle with coronavirus on March 28

Speaking on the Emma Barnett Show on BBC Radio 5 Live earlier today, the performing arts teacher admitted she hasn’t felt able to properly grieve and is dreading the ’empty chair’ at Christmas this year.

‘Because we are in a pandemic, because it’s continuing, because death rates are still rising, it’s really difficult to find where to turn and where to move,’ Susie explained.

‘I did have counselling, I’m in Covid-19 Bereaved Families for Justice UK, and they managed to liaise with the National Bereavement Partnership and I had 12 weeks of counselling with them, but I’m not entirely sure I grieved properly.

‘The prospect of the empty chair at Christmas is filling me with a little bit of dread, not sure how I’m going to get through the day at all.’

She told how she does cry when she thinks about her father, but believes she is experiencing a phenomenon where her grief has got ‘stuck’, making it impossible to ‘move forward’. 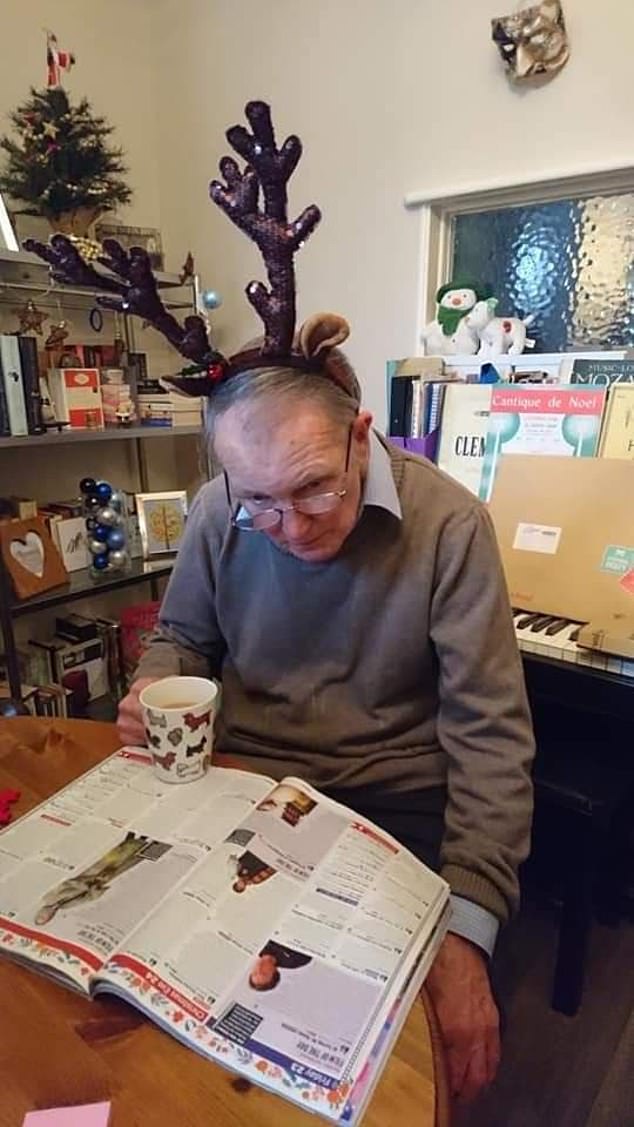 Having been diagnosed with dementia and Parkinson’s a few years ago, Howard (pictured) was living in a care home but was ‘vibrant, mischievous and funny’ and ‘loved life’

Earlier this year a report warned the UK is facing a ‘grief pandemic’ after almost half of bereaved adults were denied the ability to say goodbye to their loved ones during lockdown.

A survey of almost 10,000 adults, commissioned by Co-op Funeralcare, found that 47 per cent of bereaved adults in the UK were denied a final farewell in the weeks following March 23, when the country went into lockdown.

Some 59% of mourners believe their grieving process has been negatively affected by the coronavirus restrictions, while just over one quarter expressed guilt that their loved one did not have the funeral they deserved.

Susie, who lost her mother in 2006, explained that the ‘mechanisms’ people normally rely on to help them grieve ‘just aren’t there’ right now which make it difficult to move on.

‘I really feel for every single person that’s lost someone who feels that they are stuck, they can’t move forward,’ she said.

‘When mum died in 2006, I had a funeral, I had my friends, you could hug people, you could see people, you would talk to people and share memories, and those mechanisms just aren’t there at the moment. 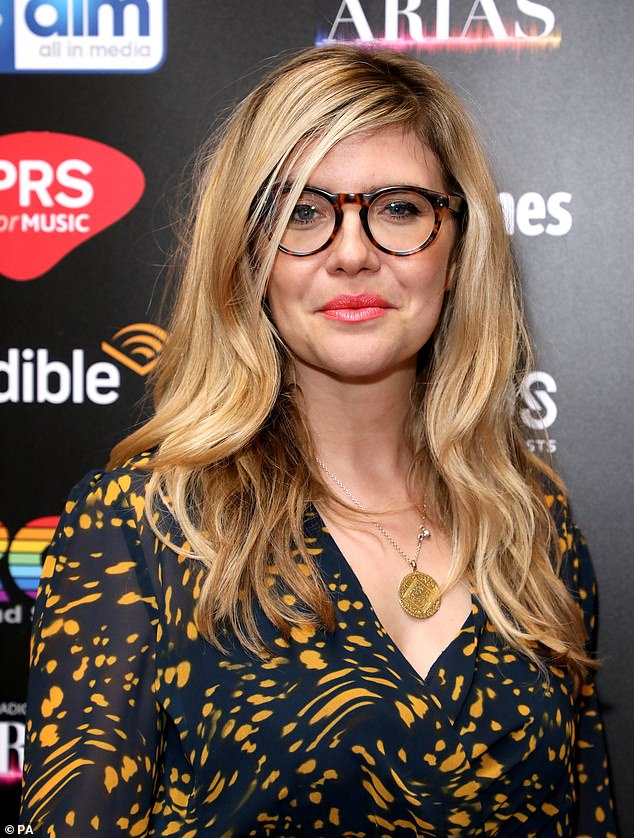 Speaking to Emma Barnett (pictured) on her BBC Radio 5 Live show earlier today, Susie admitted she hasn’t felt able to properly grieve and is dreading the ’empty chair’ at Christmas this year

‘Obviously there’s no wake afterwards, we just came home and I just sat and stared into space in my living room. Until I can do something to celebrate the man who was, I don’t know how I’m going to move forward from this.’

Describing her father, Susie said: ‘My dad was vibrant, he was mischievous, he was funny, he was gentle.

‘He was diagnosed with dementia and Parkinson’s a few years ago, and unfortunately we had to put him in a care home, but he wasn’t a man in death’s waiting room. He absolutely loved life.’

The care home where Howard lived went into lockdown two weeks before the national restrictions were announced in March, and she received a call on the 15th to say an ambulance had been called. 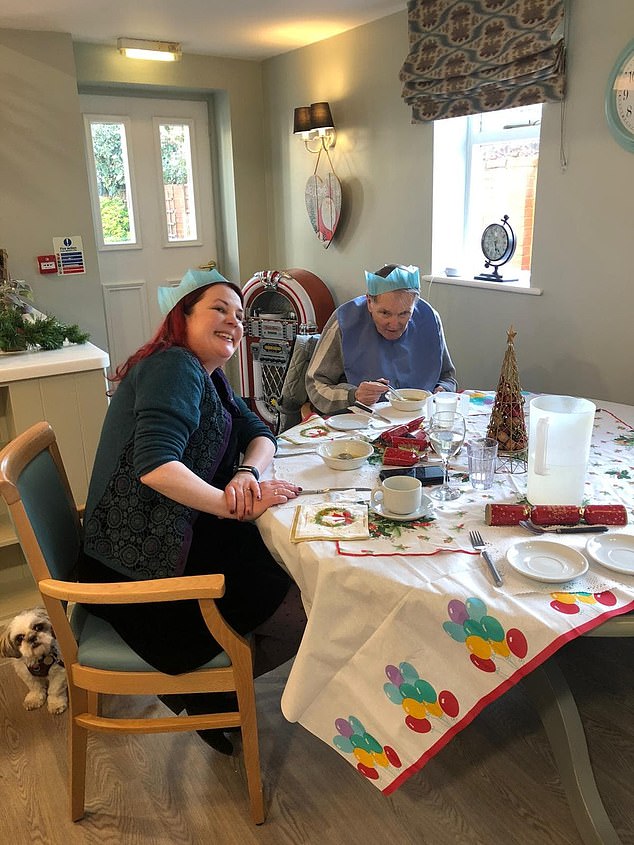 Susie, who lost her mother in 2006, explained that the ‘mechanisms’ people normally rely on to help them grieve ‘just aren’t there’ right now which make it difficult to move on

Howard was admitted to A&E and diagnosed with pneumonia, at which point doctors warned Susie the next 24 to 48 hours were critical – but he appeared to rally quickly.

She recalled: ‘On the Tuesday when I went to see him he was sitting upright, we were singing hymns, we were laughing, he looked very much like a man on the mend.

‘Then he was moved a few times to different wards, and on one of those wards on March 22nd they admitted a patient with Covid, closed the ward, I couldn’t see him.

‘On the 25th I had call to say he’d tested Covid positive, it was end of life, that I needed to be there. I was there a couple of times a day, I was only allowed in for 10 minutes, I was in full PPE so I have no idea if Dad even knew who I was.’

On Saturday 28th March, Susie received a phone call to say her father had passed away at 5:45am that morning.

Asked how she has grieved, Susie admitted: ‘I’m not entirely sure I have. Obviously it was a shock, I still see dad in that bed when I close my eyes, I see him struggling for breath, fighting for oxygen, I see his chest heaving. I can’t move past that image, I have nightmares about it.’

Susie shared her story ahead of a special event tonight organised by The Good Grief Project charity in honour of National Grief Awareness Week (December 2-8). 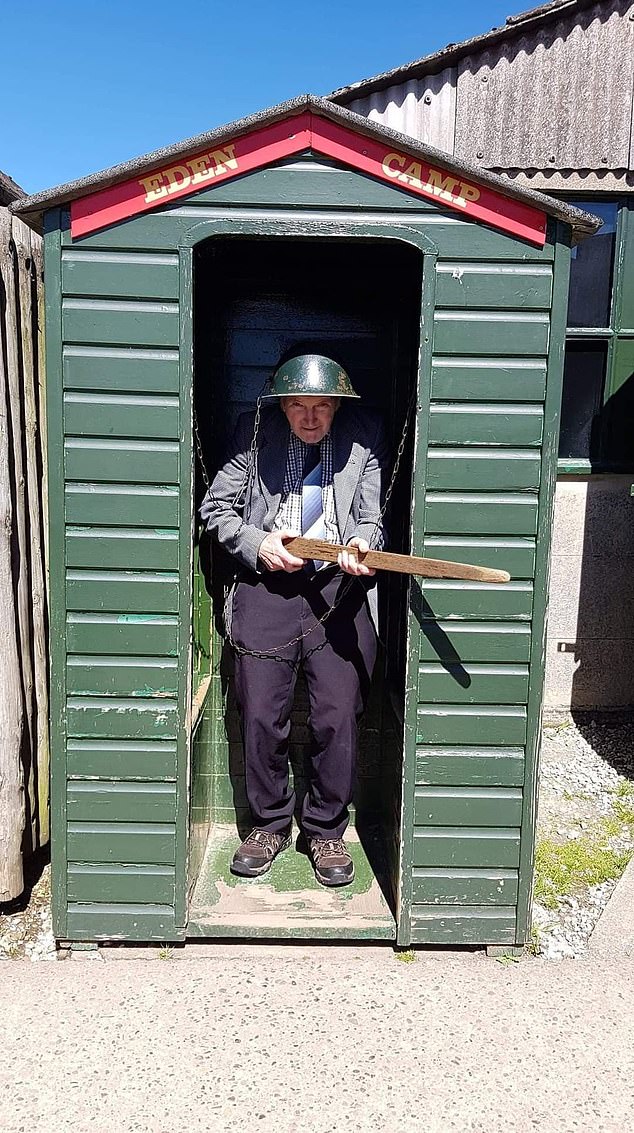 Howard was admitted to A&E and diagnosed with pneumonia, at which point doctors warned Susie the next 24 to 48 hours were critical – but he appeared to rally quickly before testing positive for Covid-19

Tonight a number of historic buildings including St Paul’s Cathedral in London and Blackpool Tower will be illuminated yellow to honour those who are experiencing grief during the pandemic. There will also be a minute’s silence at 6pm.

Jane Harris founded the The Good Grief Project with her husband, BAFTA award-winning filmmaker Jimmy Edmonds, after their son Josh died in a road accident in Vietnam in 2011, to support the 50,000 grieving parents, siblings and grandparents who are bereaved in the UK each year.

She said: ‘The pandemic has highlighted the importance of discussing the impact that grief is having on us, and the disturbing combination of conflicting emotions that we are all experiencing during the current crisis.

‘Our mission is to support families grieving after the untimely death of a loved one, but we recognise that during the global pandemic a palpable sense of collective grief has emerged.

‘Grief is actually a multiple of feelings – denial, anger, bargaining, sadness and acceptance – and as the pandemic has affected our lives we are all experiencing those emotions to a different extent.

‘The loss of normalcy, the fear of economic instability and job loss, but also the loss of connection and our communities is affecting us all.’