Woman who painted home red and white has now demolished it

Developer who sparked bitter feud with neighbours after painting her £4.75M home red-and-white has now flattened the property to build a home with a basement that will house a gym, treatment room and swimming pool

A property developer who painted her multi-million-pound townhouse in red and white stripes, much to the annoyance of her surrounding neighbours, has now knocked her home down completely – with ambitious plans to re-build a three-storey luxury home on the site underway.

Zipporah Lisle-Mainwaring, who lives in London and Switzerland, sparked a huge dispute with local residents in 2015 when she did the colourful paint job on her home in an exclusive part of London’s Kensington.

When judges told her the following year that the colour scheme damaged the conservation area’s aesthetic appeal, she vowed to knock the home down completely.

A gaping hole has now replaced the ‘eyesore beach hut’ and plans have since been approved to turn the home into a three-storey property, with a basement that will include space for a gym, treatment room and swimming pool. 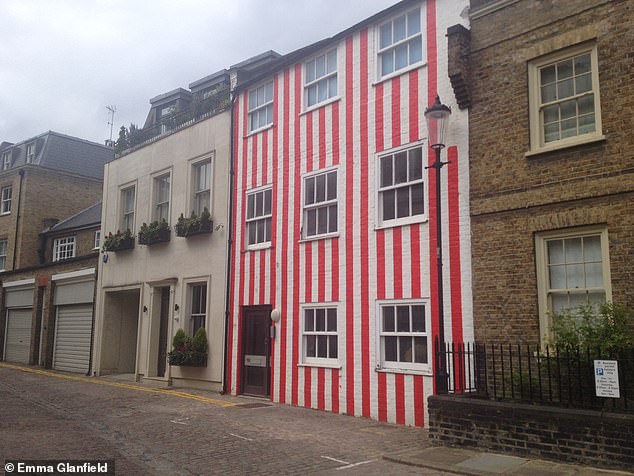 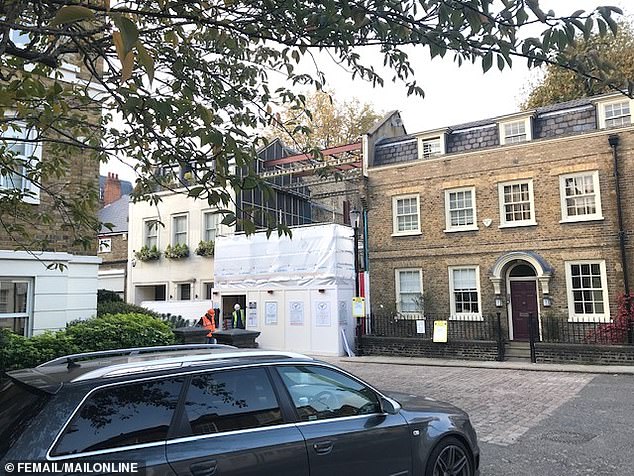 Gap tooth! The street as it looks today, with the property now demolished. Mrs Lisle-Mainwaring will now build a three-storey property on the site 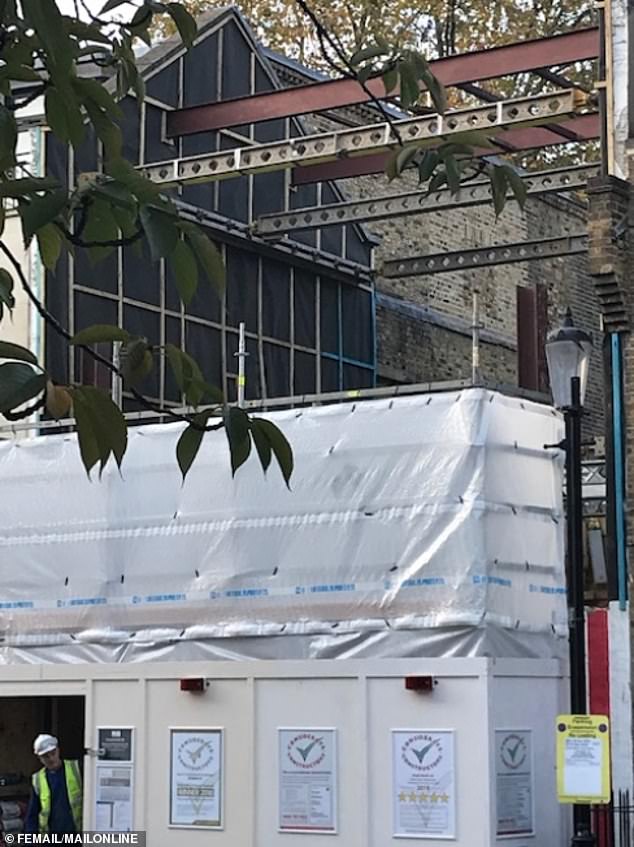 Supporting beams are now all that can be seen of the original London period property. Workmen have begun the ambitious re-construction of the property 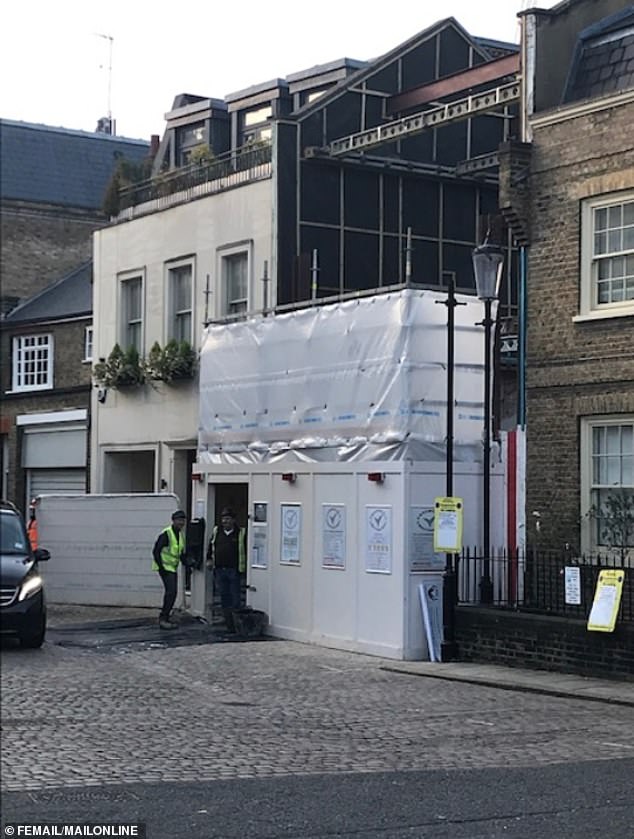 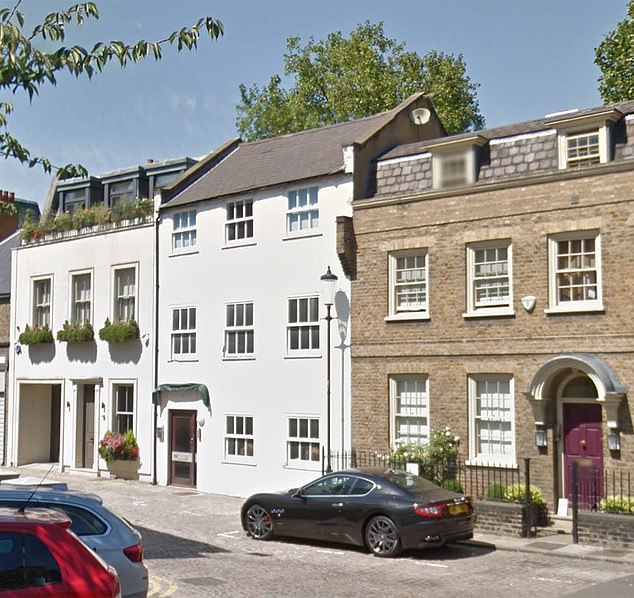 As the house looked pre-2015; neighbours objected to plans to build an ‘iceberg basement’ – which prompted Mrs Lisle-Mainwaring to reach for her paintbrush and redecorate the exterior

The property developer began work to knock down the empty building two years ago with scaffolding erected outside and asbestos removed.

Despite objections to the plans, Kensington & Chelsea officials gave the green light to the project, signalling victory to Mrs Lisle-Mainwaring in a dispute that has rumbled on for several years.

She admitted at the time of submitting the plans that the demolition would ‘no doubt’ anger her neighbours further.

Fresh air is all that currently stands on spot in the upmarket street where the period property once stood, with building work expected to take 18 months at least, according to a source close to the project. 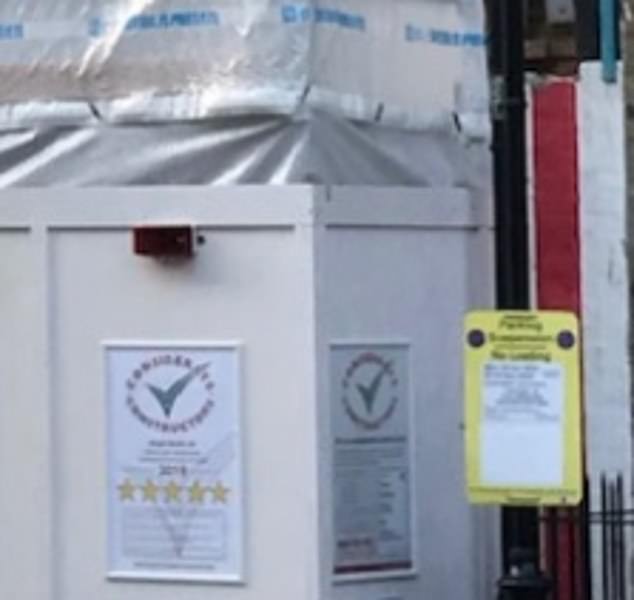 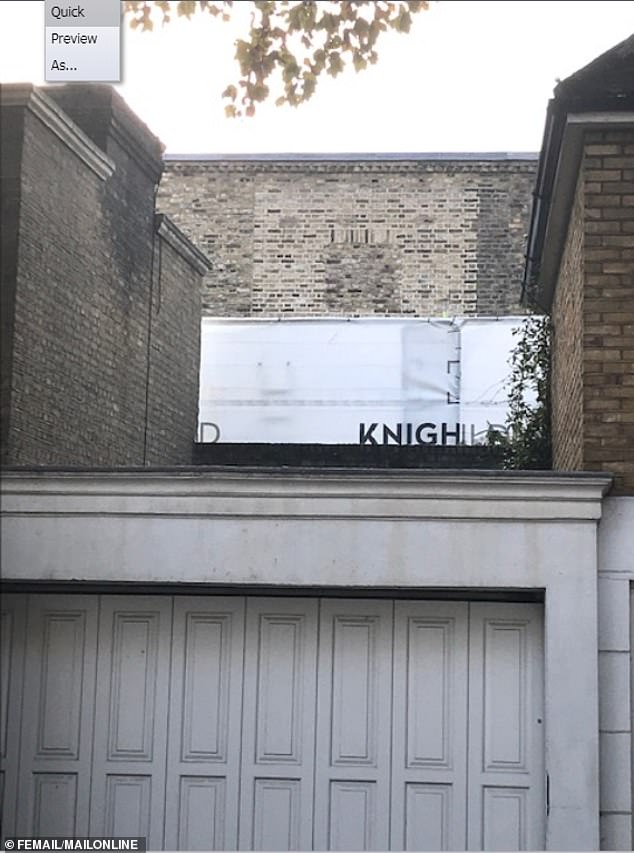 The property first hit the headlines in 2015 after neighbours hit out at the ‘eyesore’ red and white stripes which appeared on the property in the spring of 2015.

Some likened the outlandish paint job to a ‘beachside hut’ and claimed to be ‘horrendously unhappy’.

She originally painted the property, which she bought in 2012, with the bright stripes after being denied permission to build an ‘iceberg basement’ beneath the property.

At the time, the property was classified as office space but she successfully had it changed into a storage premises.

She then submitted a planning application to convert the property into a residential classification and extend it to include a double ‘super’ basement but that application was refused in July 2013. 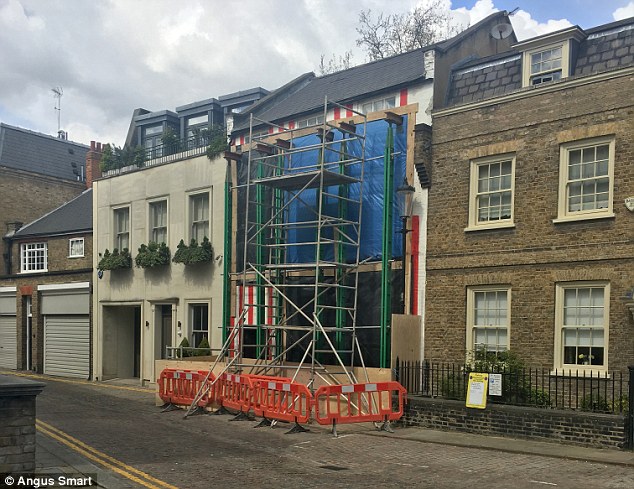 The property developer, who divides her time between Switzerland and London, began work to knock down the empty home in Kensington, London, on March 22, with scaffolding erected outside and asbestos removed

She then submitted a second planning application in December 2013, but this was refused by the planning committee despite being recommended for approval by planning officers.

The bright stripes then appeared in March 2015 in a paint job that took ‘five-and-a-half hours’. She was later ordered to repaint it by the council, but took the authority to court challenging the decision.

District Judge Susan Baines ruled that the colour of the house ‘had an adverse effect of the amenity of the area’ and ordered the homeowner to repaint it within 28 days – meaning it should have been restored to its white colouring by the end of February 2016.

The judge added: ‘The applicant did not have to choose such a garish red colour and in so doing brought harm to the amenity of the area. 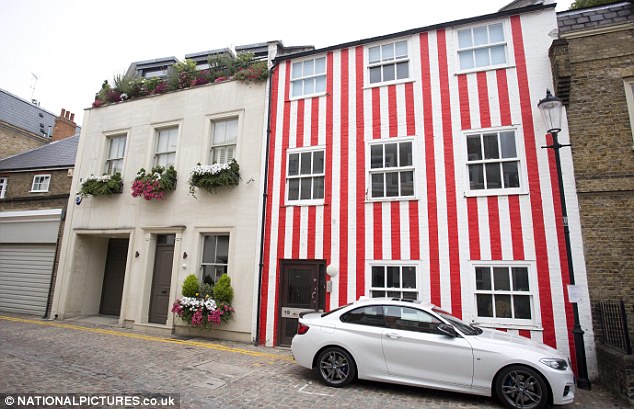 Paint war: Mrs Lisle-Mainwaring was embroiled in a battle with the Royal Borough of Kensington and Chelsea Council for several years over the appearance of the property

‘She should have been aware of the nature of the area and it was incumbent upon her to paint the property in a similar manner to other properties.’

Ms Lisle-Mainwaring lodged an appeal against the judge’s ruling, which automatically suspended the deadline by which she was supposed to paint the house.

Plans to demolish the building followed and she told the Evening Standard at the time: ‘It has been very stressful but at least I have a comfortable home to live in and am not going to go bankrupt.’

Neighbours blasted the ‘noisy’ building work. Mohammed Dawood, who lives opposite the townhouse, told the newspaper that the demolition kept him awake, saying: ‘It is really loud in the mornings and I struggle to sleep through when it starts at around 6am.’

Another told the Standard: ‘She has no idea of the amount of disruption she is causing.

Despite outrage from locals, Ms Lisle-Mainwaring branded their claims that building work started as early as 6am as ‘ridiculous’ and said it was ‘against the rules’ to start before 8am.