Ever been on a “foodie call?”

More than a third of women who go on male-female dates have, according to a new study — and for the record, they’re referring to a dinner date that’s strictly to score a free meal and not about making a romantic connection.

“Dining out is expensive,” note Dr. Brian Collisson and Dr. Jennifer Howell, the authors of a new study analyzing foodie call behaviors that was published in the journal Social Psychological and Personality Science.

In their surveys of more than 1,000 women, Collisson and Howell found that more than a third of respondents had gone on a foodie call. On average, women who had gone on foodie calls had done so about five times, but some had gone on over 200 dates with no romantic interest.

The study focused on women who regularly go on foodie calls — a term that’s a play on “booty call,” a common term for a hookup — in male-female dates.

But a foodie call might be about more than simply getting a meal paid for by a clueless beau.

According to the study, the women most likely to go on a foodie call tended to be more self-involved and manipulative and lack empathy for other people. Specifically, researchers said, repeat offenders exhibited “the dark triad,” which they said included such traits as psychopathy, narcissism and Machiavellianism.

The more of these kinds of personality traits the women had, the more likely they were to have gone on foodie calls and felt OK about their behavior. 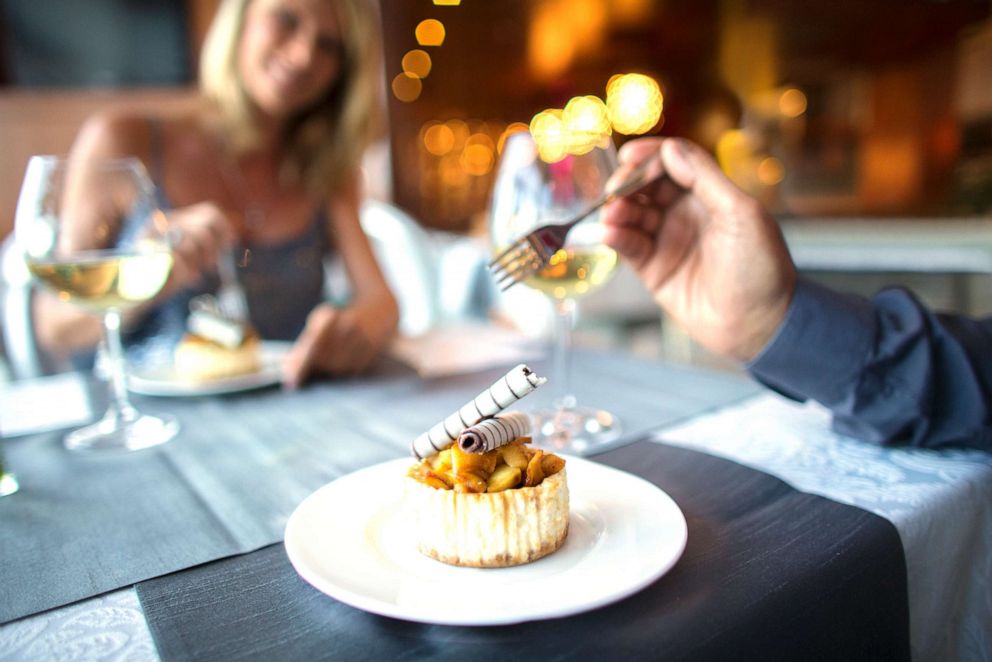 Other women making foodie calls were those who believed strongly in traditional gender roles and expected the man to pay for the date, the study said.

Relationship and sex expert Dr. Tiffanie Davis Henry said this study didn’t account for women who may be living paycheck to paycheck and someone is treating them to a meal, or women who might be taking a romantic risk and possibly dating outside their “type,” among others.

Henry encourages building a healthy dynamic after the first date, recommending pacing yourself with your potential mate, not allowing yourself to be used and confronting behaviors of serial foodie callers.

“If you feel being used is being done repeatedly, you don’t have to do it repeatedly,” she said, noting that daters should find healthy ways to reciprocate, such as paying for the next meal or the movies.

“Someone who is truly interested will take what you say to heart. If someone takes advantage of you, it’s time to go.”

Vanessa Cutler, M.D., is a resident physician in psychiatry at Rush University Medical Center who is working with the ABC News Medical Unit.