Wordplay: That’s what I wasn’t going to say

What’s the opposite of a coincidence? No, that’s not a cracker riddle, but a question from a Wordplay reader. Maybe you were going to ask the same thing. As a lingo sleuth, the question was a first for me, though the stream of verbal teasers never relents.

Usually I can sort each muddle solo. One reader, say, was after a word for the urge to crack puns. Dad Syndrome, I figured. But then German saved the day, of course. Witzelsucht, or joking addiction, is a pathology known to fathers, subbies and breakfast deejays. 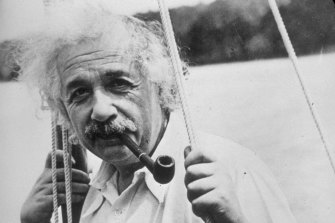 Yet German offers "nichts" for a non-coincidence. Did English have a word? Any language? Perhaps the answer was built into the question. Detaching the prefix, I started viewing the opposite of coincidence as incidence, just as the tangent is the opposite of the cotangent, if I heard Mr Groves right in Year 10.

Incident, incidence – both words hail from cadere in Latin, meaning to fall. Accident is the negative sibling, where accidents fall and incidents befall. Cadere is fertile in English, endowing cadence and occasion, chance and decadent, deciduous and cadaver. If a coincidence refers to a double-happening, then surely a single happening is an incidence. Case closed.

But then I hesitated. Maybe I’d been too hasty, nabbing the obvious suspect without interviewing Miss Scarlett and Professor Plum. Perhaps there was an antonym within psychology literature or the Babel of options beyond my own glossary. Time to consult the crowd. Wisdom, said Socrates, is knowing you know nothing – and the Greek strikes me as an intelligent bloke.

Albert Einstein, another bright spark, defined coincidence as God’s way of remaining anonymous. Cool then, if we could divine how God declares Their name in a singular event, then Bob was our uncle. I tweeted the question just as cops beseech the public, and waited for words of interest to arrive.

A trickle turned to gush as suggestions filled the screen, from singularity to disparity, from choreography to planning. Certainty and consequence came next, followed by fate and synchronicity, but none seemed a snug fit. Neologisms lobbed, ranging from nonincidence to cooutcidence. Not for the first time, my word quest had entered a mirror maze.

Not every rough has a smooth, yet English is home to a horde of esoteric antonyms.

That’s when the philosophers joined the debate. Azed – a crossword syndicate in Britain – tackled the matter in earnest: “What we usually mean by coincidence is the absence of a causal explanation for two or more events occurring close together, i.e. ‘it can only be explained by coincidence’.” Therefore, they concluded, the antonym must be causality, being the alternative explanation.

Compare that argument to Auric Goldfinger’s aphorism, the Latvian super-villain who tormented James Bond at Fort Knox, back in 1964. His take was simple: “Once is happenstance. Twice is coincidence. The third time, it’s enemy action.” Meaning the flipside of coincidence must be happenstance. Or enemy action. I can’t tell.

Soon I came to see the sense of another Twitter respondent: “Your question’s like asking after the opposite of humans or television.” Just because there’s X doesn’t mean there’s unX, so to speak. Not every rough has a smooth, yet English is home to a horde of esoteric antonyms.

Moontan, say, applies to pallid skin, just as aestivate counterweighs hibernate. Overdog translates as favourite, while kempt was revived as a wry joke, only to return to the dictionary as the equivalent of tidy, just as underwhelmed has overwhelmed popular speech lately.

Leaving me with the likelihood of incidence, my initial suspect – if I recall. It also leaves me the chance to say happy holidays, as a stand-alone utterance, unless you happen to reciprocate the wish, which would then verge on coincidental. Possibly.